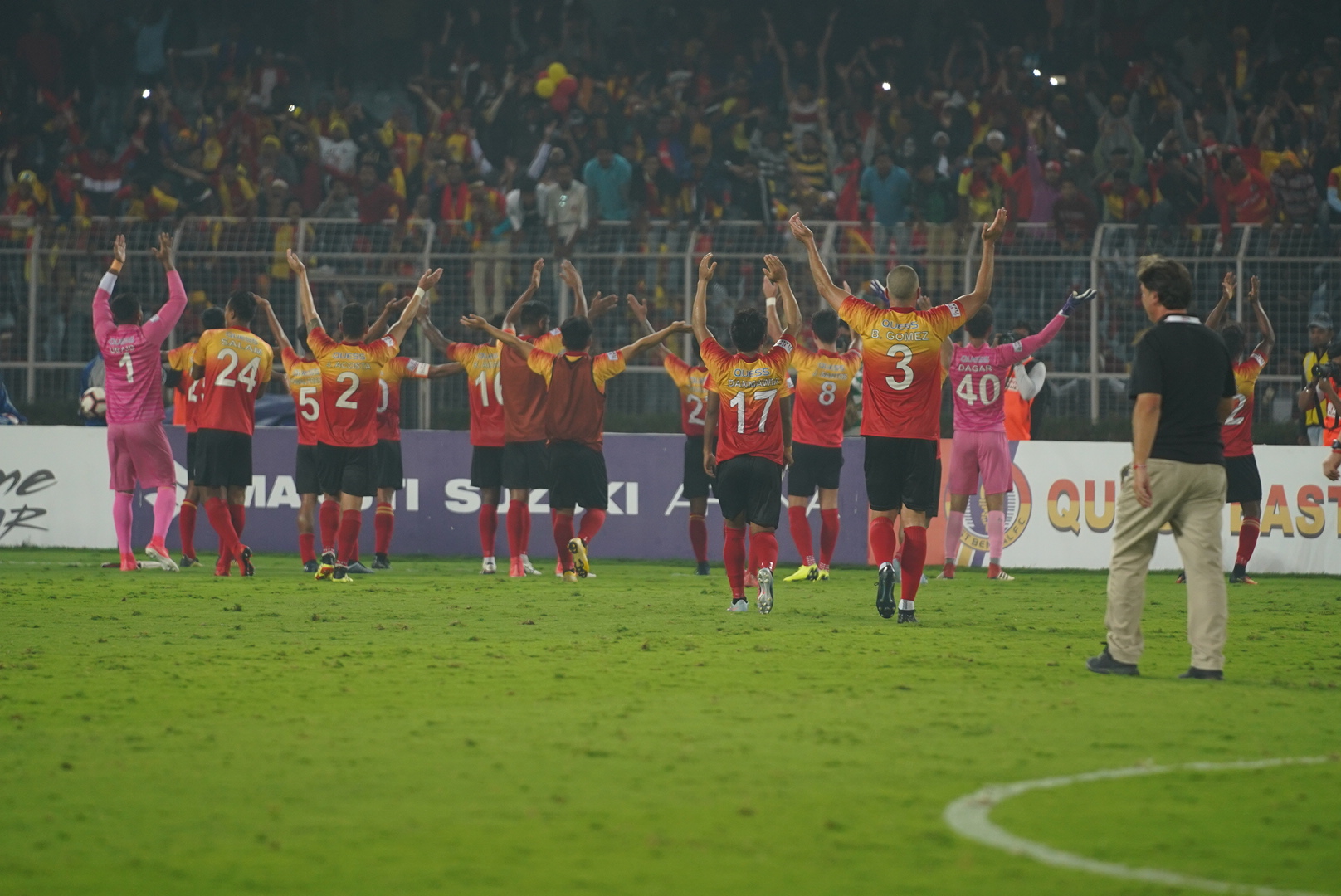 I-League's marquee fixture was full of drama and East Bengal won it all at the end of it...

East Bengal coach Alejandro Menendez had a beaming smile on his face after a marathon post-match press conference after the 3-2 win in the Kolkata derby on Sunday. He was aware that a slip-up against Mohun Bagan would once again have put him under immense pressure.

It was a measured display from his side. Apart from the defensive errors which led to Bagan's opener, his team had hardly put a foot wrong in the derby. They were not extravagant going forward but made their opponents pay for their mistakes.

Laldanmawia Ralte's equaliser was legit and assistant referee J Toni was spot on with his decision not to flag him offside after Jobby Justin had put him through. Lalchhawnkima was a fraction late to step up and when Jobby played the through ball, the defender was playing Ralte onside.

During the second goal, Bagan's defence once again switched off and Justin scored a fantastic back-volley to hand the lead to East Bengal. Abhishek Ambekar lost out in the aerial battle against Ralte and the former Aizawl FC player cushioned his header for Justin who continued his fine form in front of goal to score his fifth of the season. Eze Kingsley was at fault as he had no idea about the striker's position.

He would then go on to put his team in all sorts of trouble by getting a second yellow card for a tackle on Jaime Colado.

It was reckless and immature from the Bagan skipper to lose his composure and go in for the tackle from behind after being nutmegged by Colado. He was already on a yellow and his actions left no option for the referee but to send him off for an early shower.

Shankar Lal Chakraborty has a lot of work to do with his backline. It has been noticed that his two central defenders are struggling to mark opposition players at the Salt Lake Stadium where the width of the pitch is greater than other stadiums in the country. They have conceded nine goals in four matches at home whereas the defence has been breached only once in three away games. This should be concerning Chakraborty as a team which is expected to fight for the title must be tight at the back.

With the benefit of hindsight, one can say that Bagan was missing the services of Sukhdev Singh more than the likes of Sony Norde.

There were a few controversial decisions from referee Venkatesh R which did not go Mohun Bagan's way which might have changed the complexion of the match. In the 28th minute, Aser Dipanda was fouled by Lalram Chullova at the edge of the box but the official chose to ignore in spite of protests from the striker. At 3-1 down, the ball struck Borja Gomez's hand inside the box which could have been a penalty but once again the official decided otherwise.

But full credit to East Bengal who held their nerves for the final quarter of the game and shielded a late resurgence from Bagan. The Red and Gold brigade win back the bragging rights in the first derby of the Alejandro-Quess era by breaking a seven-match winless streak against Mohun Bagan.

The countdown for the return leg on January 27 has already begun in the City of Joy.