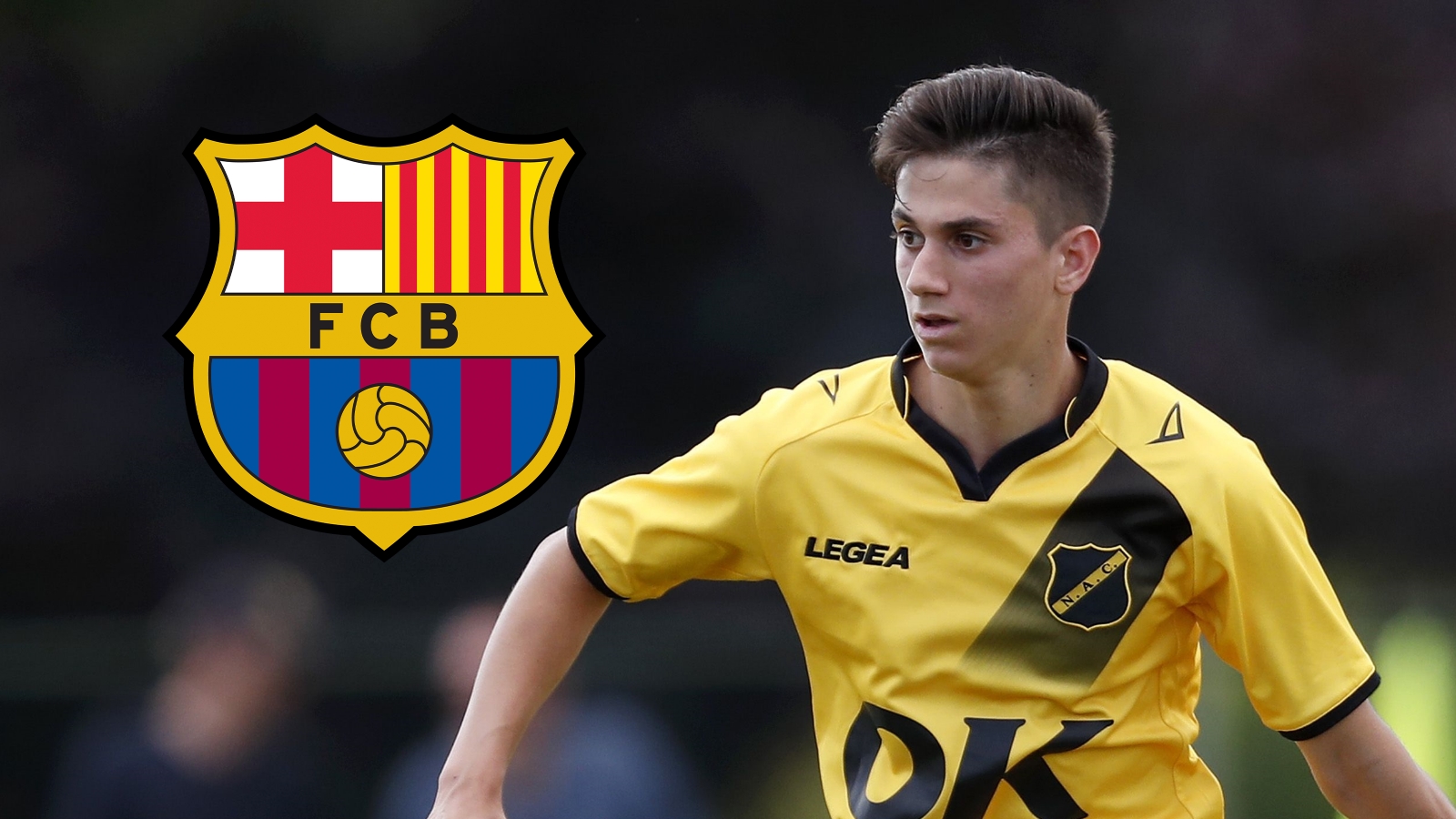 Fans stateside watched and listened hungrily for updates on the first US player ever on the books of La Masia, so where did he go?

For years, Ben Lederman was the American boy wonder of soccer – not our words, but those of the New York Times, no less.

Fans stateside watched and listened hungrily for updates on this prodigy, the first United States player ever on the books of Barcelona, the future centrepiece of a truly great United States men's national team.

Now, Lederman is rebuilding a career stalled through no fault of his own, playing in the less glorified surroundings of the Polish Ekstraklasa, and there is even a good chance he will reject any call-up to the USMNT in future.

The early stages of Lederman's career are well known. Born in Los Angeles, he was clearly a gifted footballer from a young age. He was spotted by Barcelona scouts when playing against one of their youth teams for California State Under-10s, and was invited to La Masia aged 11.

His whole family moved lock, stock and barrel to Barcelona to support Ben. Hailing from a Jewish family, he celebrated his bar mitzvah at a synagogue in the Spanish city.

By moving to Barcelona, Lederman attained the honour of being the first ever American player to be registered with the club in their then-112-year history. Nowadays, US youth at big European clubs is more common – Konrad De La Fuente and Sergino Dest have both represented Barca – but, in 2011, it was something even more special.

Social media was ablaze with talk of the wonderkid, any clips and pics of his progress eagerly viewed and analysed. The NYT profiled him when he was 13, describing him as "An American Boy Wonder in Barcelona" in their headline.

One organisation less impressed, however, was FIFA. Article 19 of its regulations on the status and transfer of players prohibits youth players from registering with a club outside their home country until they are 18.

The regulation allows three exceptions: If a player lives within 50 kilometres of a country's border and his desired club is within 50kms of the same border; if a player is moving from one European country to the other (or has a passport from a European Union country) and is at least 16; or if a player's family has moved to a different country for reasons not linked to football.

Lederman, like contemporary Lee Seung-woo, didn't conform to any of these exceptions.

FIFA, after an investigation, brought the 10 tonne weight crashing down. Lederman, South Korean wonderkid Lee and eight other youth players were ruled to have been signed illegally by Barca, and were banned from competitive football.

While Lederman was allowed to stay at Barca and train, it was devastating for his career, let alone his family.

Lederman's mother Tammy told ESPN in an interview in January 2019: "I think it's very unfair. Somebody was telling me it was like my son being accepted to Harvard or one of the top universities in the U.S. and them telling me, 'Okay, you cannot come and be a student here because you're not American.'

"If somebody is good enough and is capable and he has a talent and he's being prevented because he doesn't have the papers.

"I mean, if they had [the statute] during Lionel Messi's time, they wouldn't have Messi today because Messi was 12 when he moved from Argentina and he didn't have any European passport."

Lederman's career was at a standstill. He missed out on the US squad for the 2017 U17 World Cup, before eventually getting a Polish passport which allowed him to resume competitive action.

By this point, however, he was well down the pecking order for his age group, and in 2018, at the age of 18 and faced with either reserve action at Barca, going on loan or moving on, he chose the latter.

It looked for a couple of years as if Lederman may drift from the game entirely.

Two seasons on the youth books of Belgian side Genk did not lead to a professional deal, and all of a sudden, amid the whirlwind which can pick up young free agents in the harsh world of professional football, he found himself with Israel third-tier outfit Hakoah Amidar Ramat Gan.

Lederman, used to knockbacks and unexpected career twists by now, used his modest platform to let his talent shine.

There is a lot of Barcelona in the way he plays: a central midfielder, he is one of those players who always seems to have time on the ball, able to pick the right pass, and with an innate sense of when to burst forward into the box.

His time in Belgium added a little Marouane Fellaini to the Andres Iniesta too, giving him knowledge of when to play direct, and at 5'11'', he has aerial presence and is no shrinking violet in the tackle either.

These talents caught the eye of Rakow Czestochowa, who signed him in February 2020. After a delay caused by the pandemic, Lederman enjoyed a highly successful 2020-21 season, playing 16 times in total.

Rakow had what can only be called their best campaign ever, finishing a club-high second behind Legia Warsaw in the league, and winning the Polish Cup to qualify for the UEFA Europa Conference League, their first ever European campaign. Only a play-off defeat to Genk caused them to miss out on the group stage.

Lederman seemed to be reaching his full potential, the confidence clearly flowing, his Instagram full of pictures of him posing in sports cars and with Salt Bae – chef to the stars, steak extraordinaire and meme.

So, should US fans get excited? Actually, in May this year Lederman was called up for the Poland U21s and attended a training camp, eligible through the passport he acquired in Barcelona. Although he has not made an appearance yet and a senior call-up hasn't happened, it seems he may see his future away from the USMNT.

For the time being, Lederman will not be playing for anyone – just nine minutes into Rakow's first game of the season, against Suduva in the ECL, he ruptured a knee ligament and has no return date at present.

A potentially crippling career blow for many 21-year-old footballers, but Lederman has been through many more challenges than most.

He wrote on Twitter after the game: "Thank you all for your messages and support. I am sure I will be back soon and stronger."

Based on the powers of recovery he has demonstrated in his career to date, we should probably take him at his word.