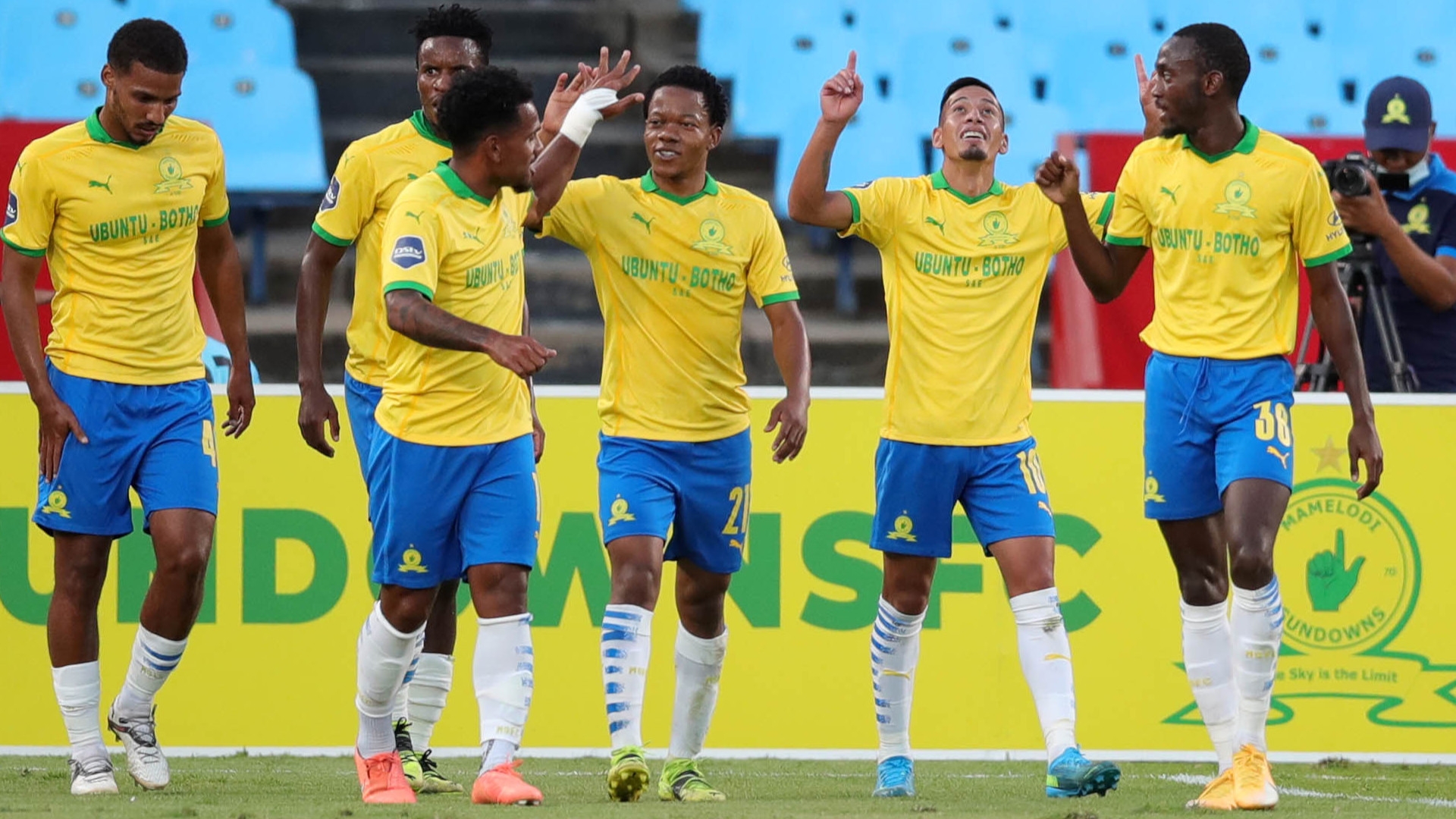 Goals by Lebohang Maboe, Peter Shalulile, Kermit Erasmus and a Themba Zwane brace secured a 5-1 win when the two sides clashed at the end of February

Having already qualified for the Caf Champions League quarter-finals, Mamelodi Sundowns will complete the formalities of their Group B campaign against Algerian side Belouizdad at the Loftus Versfeld Stadium on Friday afternoon.

Sundowns are sitting pretty at the top of the group, with 13 points from five games, and it was only last week that they dropped their first points of the group, in a 0-0 draw away to Al Hilal Omdurman in Sudan.

Belouizdad, meanwhile, head into the game on Friday in Pretoria bolstered by their first win in five Group B matches, having defeated DR Congo side Tout Puissant Mazembe 2-0 last weekend.

That result means the Algerian side are second in the group, although with only six points, they can't catch Sundowns, who along with Simba, Ah Ahly, ES Tunis and Wydad Casablanca are already through to the last eight before this weekend's final round of games.

Having welcomed both Mauricio Affonso and Sibusiso Vilakazi back from injury recently, Downs are close to full strength, bar the injured Kermit Erasmus, who is expected to be out for another three to four weeks.

Masandawana head coach Manqoba Mngqiti spoke this week about the importance of squad rotation as his side continue to challenge on three fronts - the Champions League, the domestic league and the Nedbank Cup.

With that in mind and with Sundowns already qualified, some fringe players are likely to get a run, while Vilakazi and Affonso will probably also get some more game-time.

With four games in 13 days after the Belouizdad clash, including a Nedbank Cup quarter-final against Orlando Pirates, Downs' big squad will be of major benefit.

Belouizdad have, meanwhile, confirmed that club captain Chemseddine Nessakh, as well as defender Mokhtar Belkhiter, are unavailable due to injury. Longer-term injury casualties midfielders Samir Aiboud, Khaled Bousseliou and Adel Djerrar as well as striker Mohamed Souibaa are also out.

While Belouizdad's 2-0 win over TP Mazembe shows they cannot be taken lightly, Sundowns will also have in mind their previous game against the Algerians in which they thrashed them 5-1 in a match played in neutral Tanzania just five weeks back.

Complacency could be the biggest challenge the Brazilians face, even more so considering that they are up against a side who need to win to ensure qualification - a draw could be enough but won't be a guarantee. As the group stands, Belouizdad are two points above Al Hilal Omdurman, who play away at Mazembe.

So the Algerians will be fired up for Friday's match and ready to throw everything at Downs in order to make it through to the quarters.