Real Madrid vs Barcelona: Who has the better Clasico record? 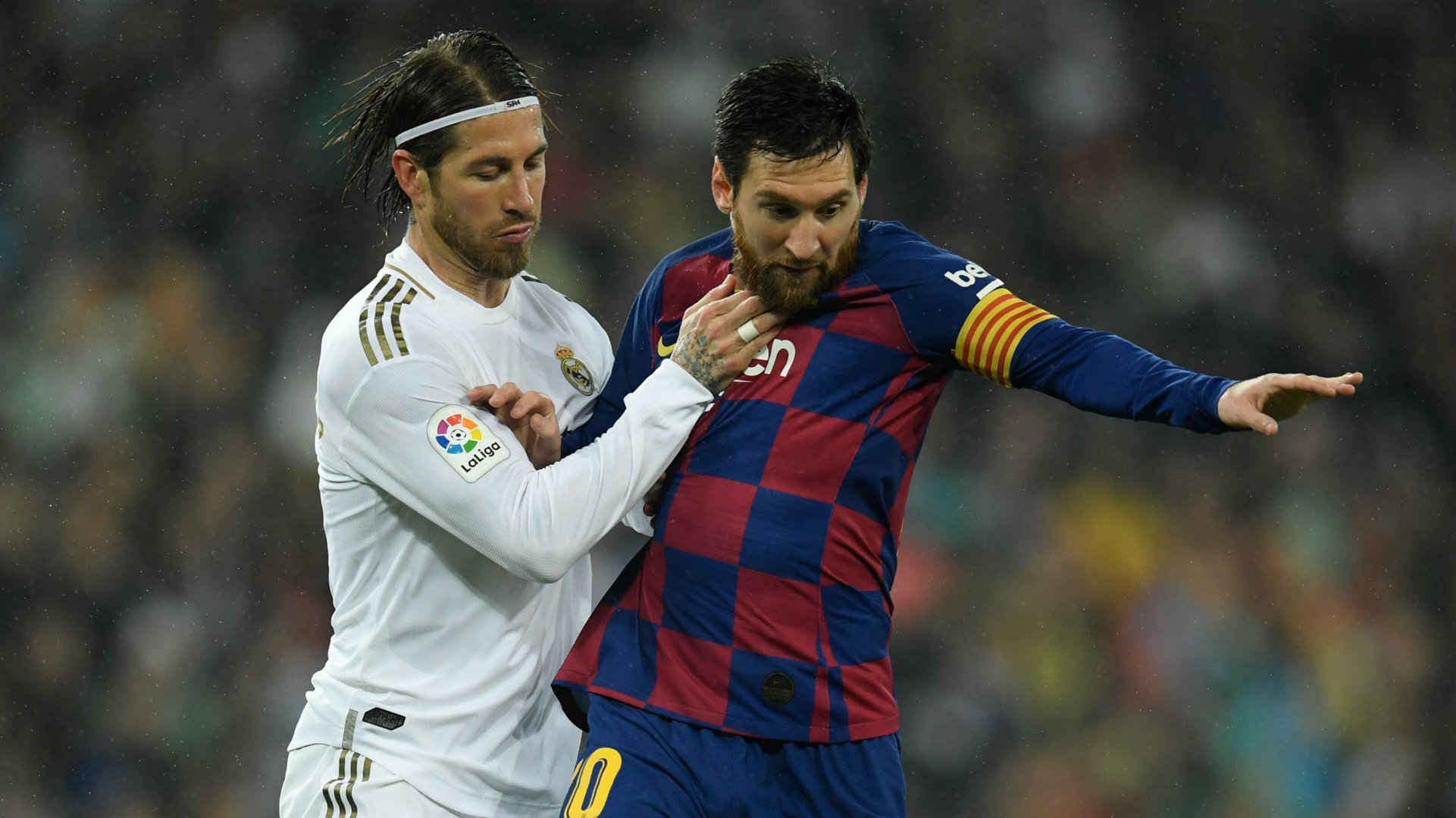 April 10, 2021 saw the 246th competitive Clasico as Real Madrid and Barcelona faced off at the Santiago Bernabeu, with Los Blancos winning 3-1.

Goal takes a look at how the biggest institutions in club football have compared over the years.

The April 2021 Liga clash was the 246th competitive Clasico, though Madrid and Barca have met another 34 times in friendlies and other exhibition matches.

The overall head-to-head record of meetings between the teams has been extremely tight and Real's recent win sends them two clear of Barca overall, moving them ahead by three in La Liga.

'Other competitions' includes the Copa de la Liga and Supercopa de Espana. Pre-season friendly and exhibition matches are not included.

In other competitions, the sample size is smaller. Barca have the advantage in the 36 games played in the Copa del Rey, while Madrid are ahead by a hair on the rare occasions these rivals have been drawn together in the Champions League or European Cup.

After Barca made Pep Guardiola their coach in the summer of 2008, though, the tide has turned somewhat.

In La Liga, Barca have won 13 of the Clasicos played since Guardiola's appointment, drawing four and losing six. They also won the 2010-11 Champions League semi-final, which was the first time the clubs met in that competition since 2002.

However, Barcelona's well documented financial issues and the loss of Lionel Messi are beginning to be felt on the pitch.

Barca's recent period of dominance has seen them overtake their rivals in terms of their respective trophy cabinets, though Madrid remain well ahead in La Liga.

Los Blancos have won 34 league championships — a Spanish record — and are eight ahead of the Blaugrana. They are also well clear when it comes to the Champions League, with 13 to Barca's five.

Real won the UEFA Cup (now the Europa League) twice, while Barca are the most successful team in the now-defunct UEFA Cup Winners' Cup with four triumphs. Barca did win the Inter-Cities Fairs Cup - which eventually became the UEFA Cup - three times, but that was prior to its organisational takeover by UEFA.

Barca have won the Copa del Rey 12 times more than Madrid, though, and you can see their recent strength in the fact that they are not far behind when it comes to Club World Cups — a competition that only started in 2000.

Since the 1990-91 season, they have won La Liga 16 times to Madrid's nine. Barca have claimed the European crown five times in the same period, with Madrid just ahead on six.

Both clubs endured a barren spell continentally in the 1970s and 1980s as English, Italian and German clubs dominated, but the difference in the Clasico competitors' European records can be attributed to the two decades before that.

The current era of football has been defined by Ronaldo and Messi as much as it has by Real Madrid and Barcelona as clubs, though that image has been broken with both players now playing elsewhere.

The pair of superstars have battled it out year in, year out for the Ballon d'Or ever since Ronaldo decided to leave Manchester United for La Liga.

Messi surpassed Ronaldo with his six Ballons d'Or to the Portugal striker's five when he was awarded the honour in December 2019.

Messi's win means that Barcelona lead with 12 Ballons d'Or to Real Madrid's 11. Johan Cruyff — who, with three wins, is closest to Ronaldo and Messi, along with Michel Platini — won it twice in a Blaugrana shirt, and Rivaldo, Ronaldinho, Hristo Stoichkov and Luis Suarez (the elder) also received it.

After Alfredo di Stefano won two and Raymond Kopa another in consecutive years in the 1950s, Madrid endured something of a barren run — something it is amusing to reflect upon now given their modern-day fame for signing 'Galacticos'.

Their next Ballon d'Or did not come until 2000 and it may be contentious to categorise it solely as a Madrid win given it went to Luis Figo, who had spent half of the year on the other side of the rivalry before his shock move to the capital.

Ronaldo Nazario and Fabio Cannavaro were then honoured before Ronaldo and Messi's takeover. Modric's 2018 victory, which saw him beat Ronaldo while Messi didn't even place in the top three, momentarily drew things level.