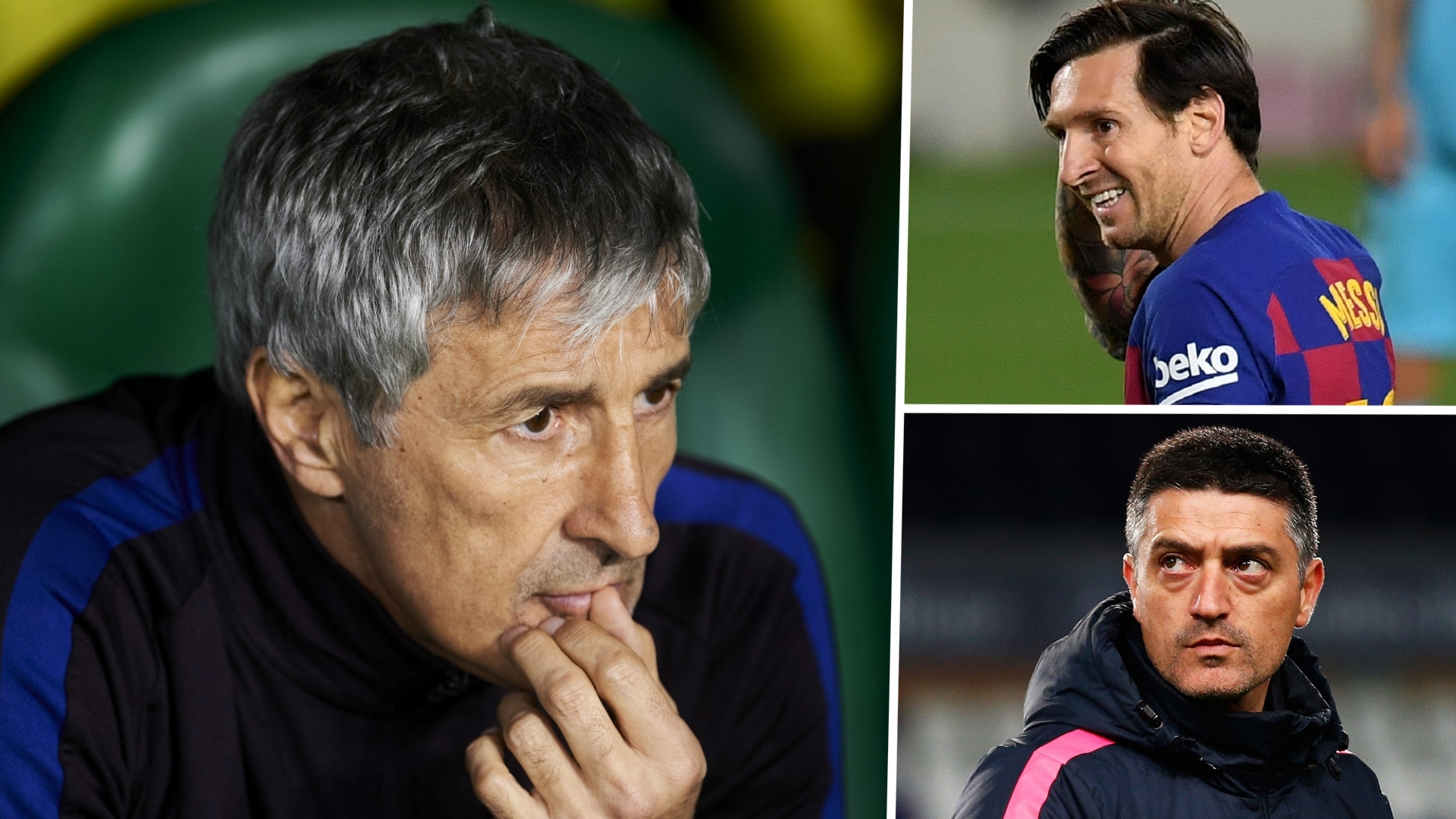 Results and performances have not improved at Camp Nou since the veteran coach took the hot seat in January, and club bosses are ready to act

Barcelona are prepared to sack Quique Setien as manager unless results drastically improve and they win the Liga title or Champions League this season, Goal has learned.

The veteran coach, who only took the Camp Nou job in January as replacement for Ernesto Valverde, has lost the confidence of the Barca dressing room, while the club's board are also unhappy with recent performances.

Unless Barca's displays for the remainder of the 2019-20 campaign have a significant upswing, it is understood that it is inevitable Setien will leave his post in the summer.

The former Real Betis manager was given a two-and-a-half-year contract in January, however as things stand he will not be able to see out more than a few months of this deal.

Player power at Barcelona is strong - led by stars such as Lionel Messi and Gerard Pique - and the dressing room has turned against Setien due to confusion at his tactics and unhappiness at his comments in the press.

They are also unhappy with Setien being too hands-on in training - similar to how Real Madrid's stars turned against Rafael Benitez before he was sacked and replaced by Zinedine Zidane - while the assistant manager, Eder Sarabia, is also a very unpopular figure.

Setien has also lost the confidence of the board, who hoped the coach would help smooth things over after Valverde's departure - however poor results and negative football has ensured this has not been the case.

What could save his job, however, is the fact that Barcelona could still end the season as La Liga and Champions League winners - they are only two points off league leaders Real Madrid, and have a round of 16 second-leg clash with Napoli to come in August, having drawn 1-1 in the first game before the cup was suspended due to the coronavirus pandemic.

Setien was never the first choice after Valverde's sacking, with Ronald Koeman and Xavi Hernandez both turning down the job before the 61-year-old was appointed.

Former Barca star Xavi, now coach of Qatari club Al Sadd, has admitted he is preparing to manage his old club in the future and the Camp Nou board may try and persuade him to return this summer, while current B team boss Xavi Garcia Pimienta is also considered an option.

For now however Setien continues - but unless he manages to guide the club to what looks like increasingly unlikely success, he is on borrowed time.