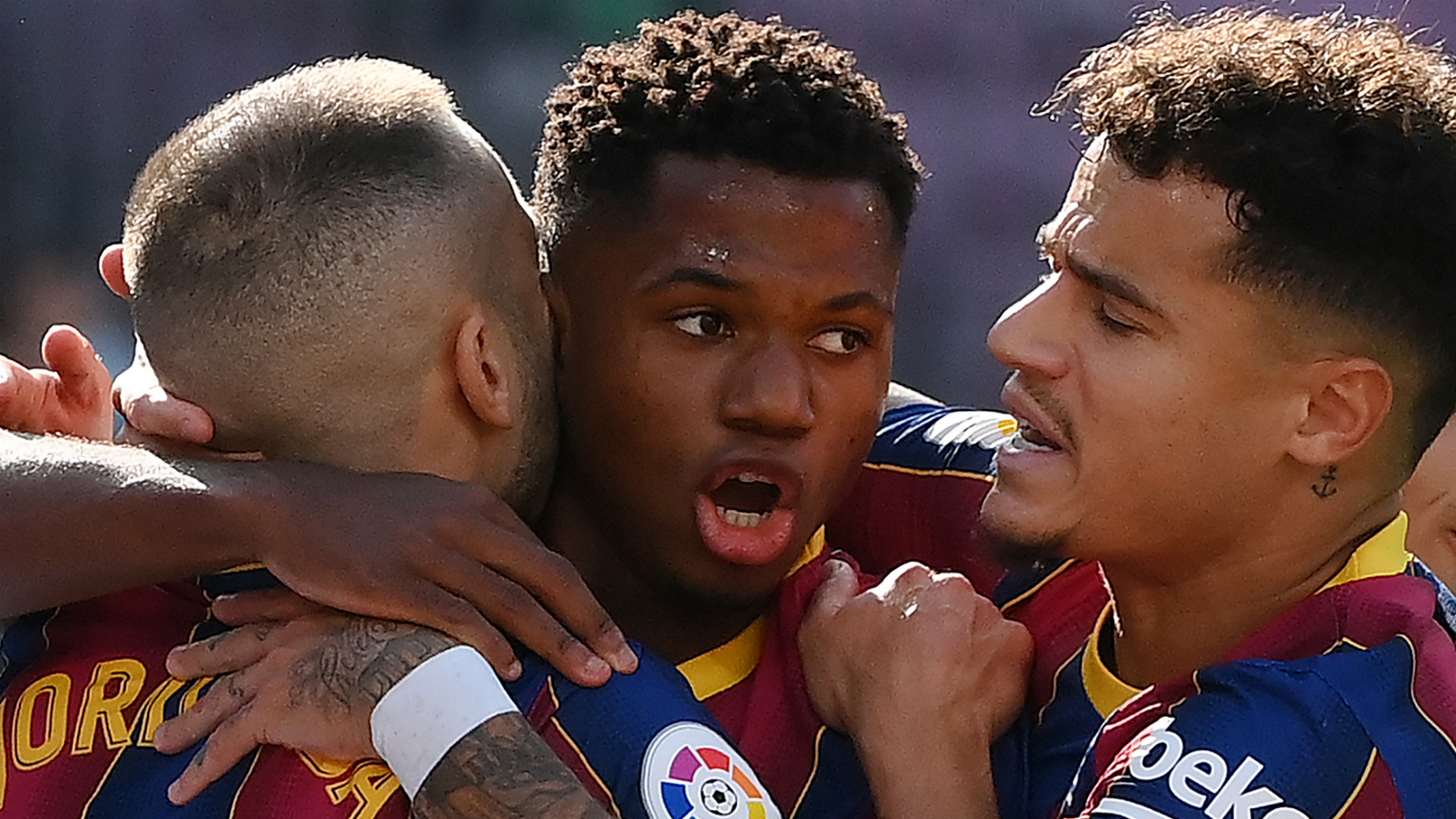 The 18-year-old forward, who has been sidelined by injury since November 2020, is in contention to face Levante on Sunday

Ansu Fati, who has been out of action since the tail end of last year, has been included in Barcelona's squad for their La Liga home date with Levante on Sunday.

The highly-rated 18-year-old, who topped the Goal NXGN chart for 2021, has been sidelined through injury for almost ten months.

His last outing for Barca came against Real Betis on November 7, 2020, with a succession of knee problems keeping him out of domestic duty and the European Championships with Spain.

Announcing their squad list to face Levante, Barcelona have said on the club's official website of Fati's return: "Ansu Fati has been out of action since the game with Betis on 7 November 2020. That’s ten months, or 322 days, since he was last included in a squad.

"His return is a huge boost for the team. Since making his debut in 2019-20, he has scored 13 goals and given three assists, beating a number of age records and quickly establishing his name as one of the brightest prospects in world football."

Ronald Koeman is pleased to have Fati back, but has been quick to point out that he will be eased back into the fold and will have to make do with cameo minutes for now.

The Dutch coach, who continues to see questions asked of his future, has told reporters: "There’s a long way to go before he’s back to where he was.

"He won’t recover in two games or in two weeks. We have to be attentive to help him; the most important thing is that he recovers. It depends on his state.

"We have to work with the medical staff. We’re talking about a young man who will give us a lot of quality, but we have to go little by little.

"He’s very important. First of all for him, we have a plan and we’re going to follow the plan to fully recover Ansu. He’s going to have a process to earn minutes.

"He’s been called up but he’ll play a maximum of 15 minutes. The most important things is that he recovers well, not fast."

What number will Fati be wearing?

Fati was handed the No.32 jersey by Barca when stepping out of their famed La Masia academy ranks.

He switched to 21 for the 2020-21 campaign, but that season quickly became one to forget for a youngster being tipped to reach the very top.

Another change has been made this year, with Fati preparing to step into the biggest of boots at Camp Nou.

Despite his tender years and relative lack of experience, the confident teenager has agreed to inherit the No.10 shirt from Lionel Messi.

With an all-time great having departed for Paris Saint-Germain as a free agent over the summer, Fati is ready to shoulder even more expectation in Catalunya - with Ronaldinho and Rivaldo among the other notable names to have donned No.10 in the past.