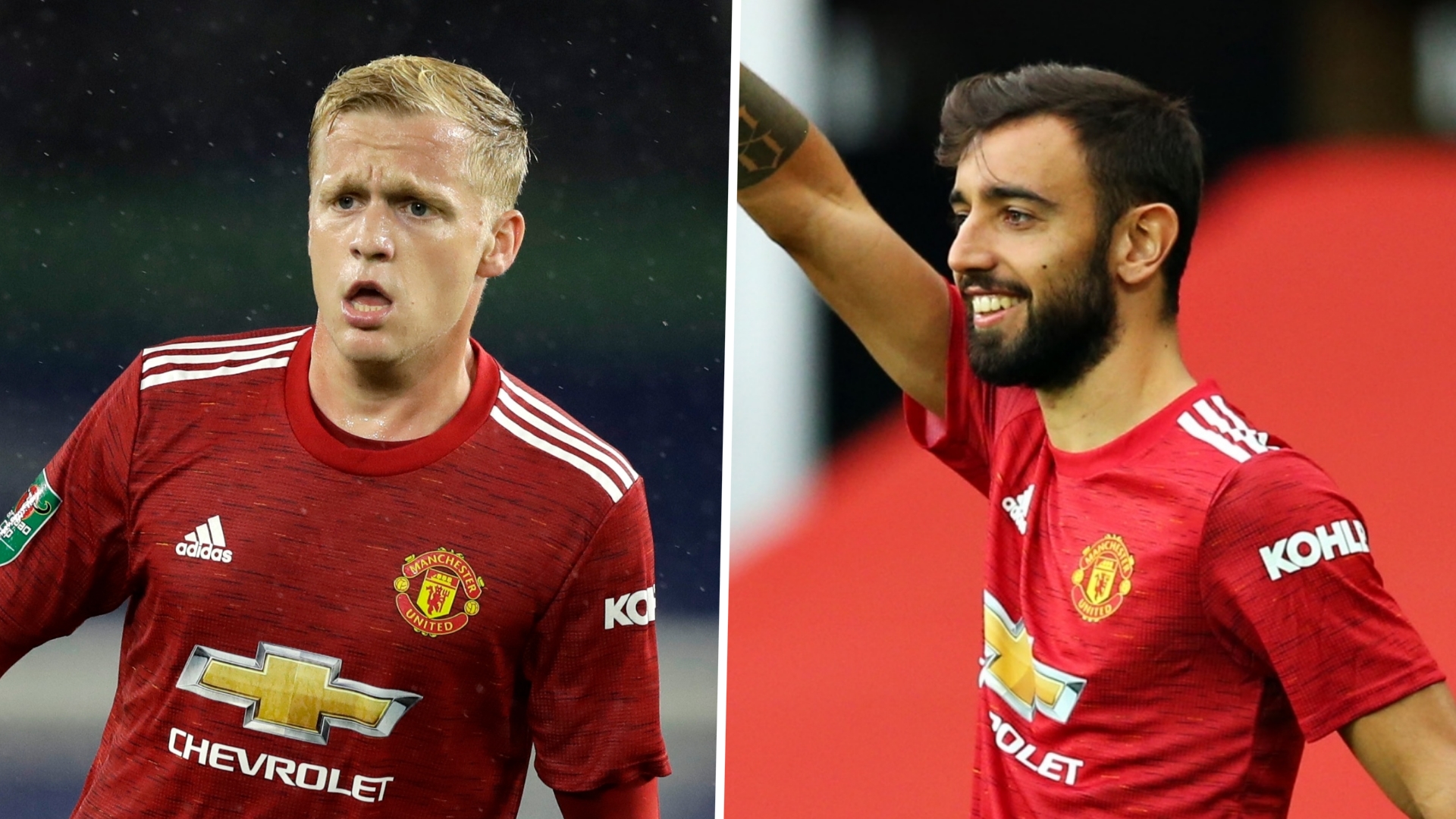 Bruno Fernandes says he "would not be happy" if he was Donny van de Beek and has offered his sympathy to the Dutchman amid a lack of minutes at Manchester United.

Van de Beek has struggled to make an impact at Old Trafford since his big-money move from Ajax in September.

The Netherlands international has only scored once in 22 appearances, with the majority of those outings coming from the bench, leading to question marks over his position in the squad.

The 23-year-old was handed a rare start in an FA Cup fourth-round clash against Liverpool on Sunday, but ultimately failed to stake a strong claim for a regular spot in Ole Gunnar Solskjaer's line up.

United progressed to the last 16 with a 3-2 win at the Theatre of Dreams, but Van de Beek was unable to impose himself on the contest and eventually came off for Fernandes midway through the second half.

Solskjaer admitted before the match that the former Ajax star is frustrated with his current situation, telling reporters: "I wouldn’t say that Donny is happy. Of course, he wants to play more, but he gets about his job in the right manner.

"We are doing well and have got players who are playing really well in his position."

Fernandes, whose stunning late free-kick sealed the home side's victory, empathises with Van de Beek but still insists he has an important role to play in the current squad as the season progresses.

“Donny did a great game, playing in the position I play watching him he moves really good, he played really well. It's important for us.

"If I was in the position of Donny I would not be happy at all but the most important is doing what he does today, coming in and helping the team.”

Van de Beek will be hoping for another chance to shine when the Red Devils welcome Sheffield United to Old Trafford in the Premier League on Wednesday.

The league leaders will be expected to dispatch the bottom-of-the-table Blades with relative ease before turning their attention to a heavyweight meeting with Arsenal at Emirates Stadium three days later.