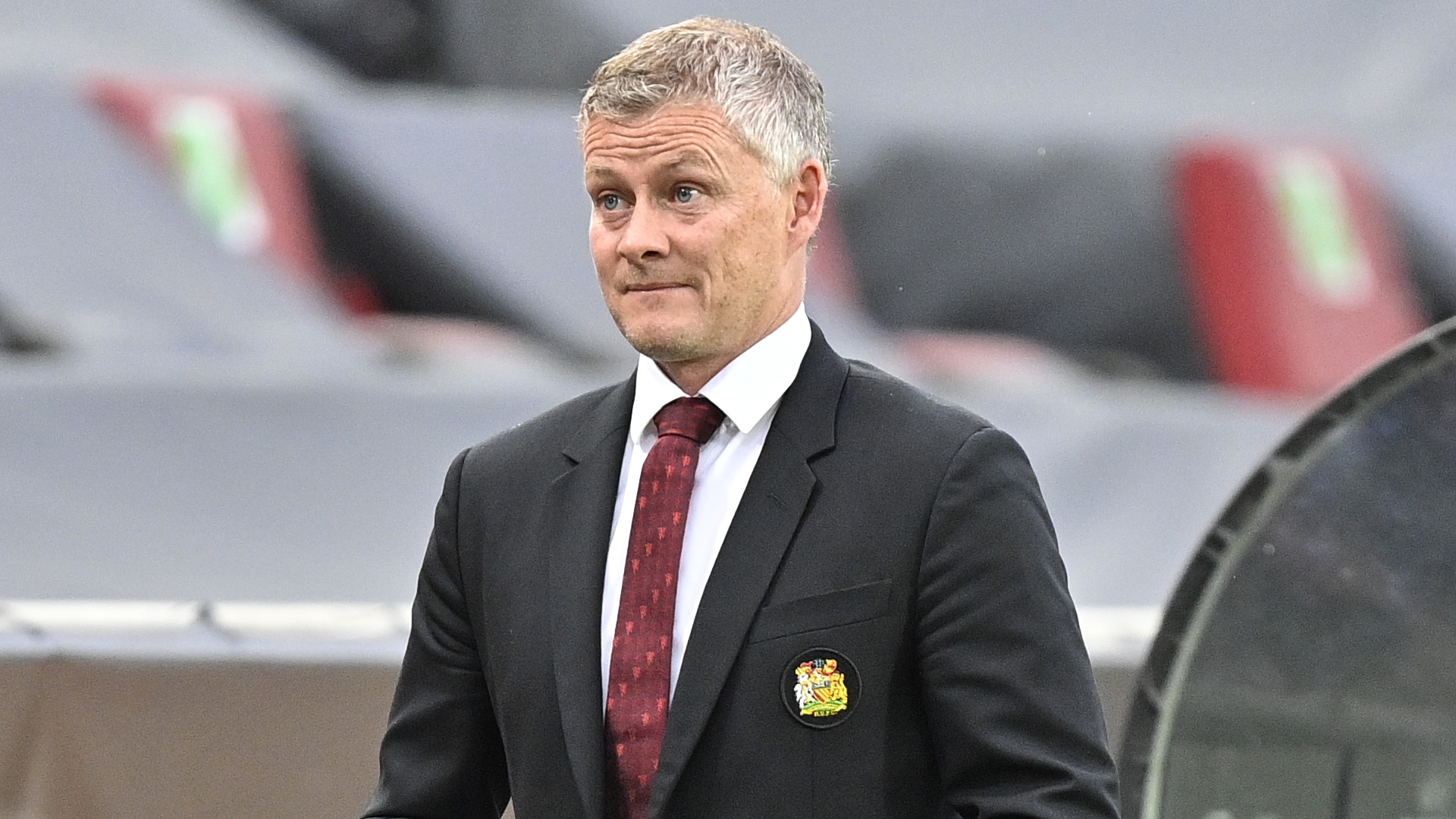 Manchester United's defensive issues are down to a lack of sharpness, the manager insisted after the win at Brighton

Ole Gunnar Solskjaer insisted a lack of sharpness was the reason behind Manchester United conceding goals as he ruled out adding a centre-back in the transfer window.

Man Utd secured a 3-2 win at Brighton and Hove Albion on Saturday thanks to a last-gasp penalty from Bruno Fernandes, who converted from the spot in the 10th minute of additional time.

However, having conceded three times when losing their Premier League opener at home to Crystal Palace, defensive deficiencies were again a topic of conversation after the final whistle on the south coast.

Neal Maupay and Solly March both scored for Brighton, the latter in the 95th minute to make it 2-2, while the home side were denied five times by the woodwork as they had 18 attempts at goal.

Leandro Trossard was particularly unlucky, becoming the first player to hit the woodwork on three occasions in a Premier League match since Cristiano Ronaldo in October 2006, as Solskjaer retained faith in Victor Lindelof despite his difficult outing against Palace.

"We've got many defenders here and I put Eric (Bailly) on to bolster the defence, following the runs of Trossard and Maupay," Solskjaer said in his media conference.

"For me, we've got enough good centre-backs here at the moment.

"When you concede chances and concede goals, there are two different things you can look at - it's either the team shape, or are there any individual mistakes.

"We're not in our best shape of form, our shape isn't there, we're not sharp enough to stop crosses or follow the runs.

Man Utd have been linked with a new defender, media reports suggesting they are interested in Porto left-back Alex Telles.

Solskjaer promised the players he currently has in his squad will improve as they play more matches after a shortened pre-season. They play Brighton again on Wednesday, this time in the EFL Cup.

"We've got to be honest enough to say they created the most chances. Maybe 50-50 possession but they had loads of shots, big chances and that's not what we want. We need to improve a lot in the weeks coming forward," the Norwegian boss said.

"The spirit and character of the boys I don't question at all, the spirit is there. The sharpness and fitness might not be, but it is going to come.

"We've got three or four weeks to catch up and the more games we play, the more 90 minutes we get, we'll be sharper and sharper."