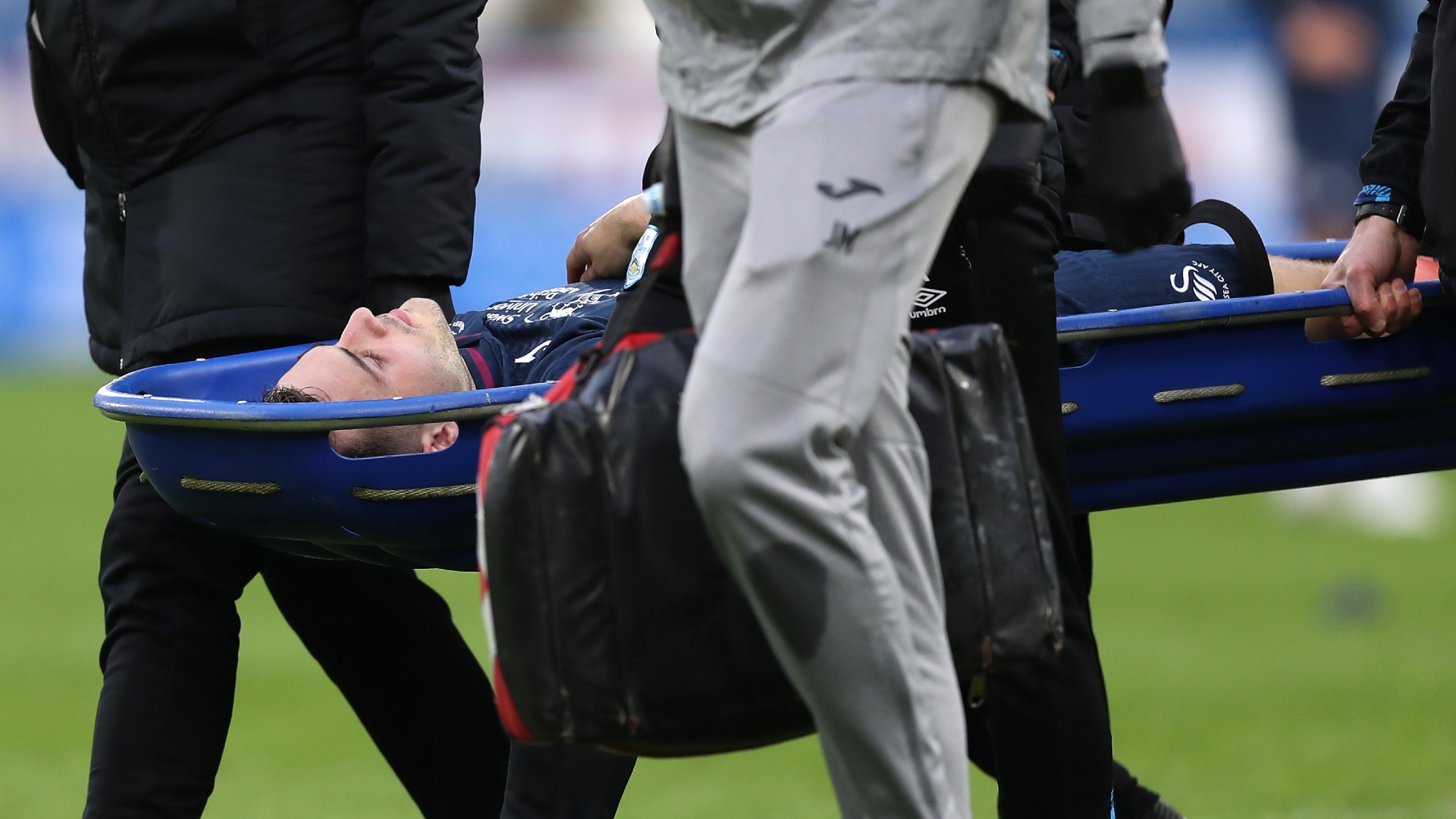 U.S. men's national team star Jordan Morris will be out for the remainder of the Championship season after damaging his ACL, according to Swansea City manager Steve Cooper.

Morris, who is on loan at Swansea from the Seattle Sounders, suffered the injury in the club's clash with Huddersfield Town.

The American winger  exited the match on a stretcher and, on Monday, the worst was confirmed as Morris has picked up the second ACL injury of his career.

What did Cooper have to say?

“He has had a bad injury, unfortunately, there’s significant ligament damage, (to his) ACL. Everything that we hoped it wasn’t, unfortunately it is,” said Cooper.

“It’s the end of his season with us and a long road back to recovery for him.

"It’s a cruel injury anyway, but I think in the circumstances of him fulfilling an ambition to play in Europe, and very much embracing and being a part of what we are trying to do here, it is a really tough one for him and us to take.

“He has our support of course. The next steps with his recovery, I'm not quite sure in terms of whether it will be here or back in the U.S. – those conversations are ongoing - but, first and foremost, we are gutted for him.

"It's obviously a blow for us because he was just about getting up to speed and pushing to get into the team. We gave him a spell of getting fit, so it is really unfortunate in many ways.

"One thing I'd say about Jordan is that he’s a good player, but he’s an excellent professional. Even though he’s only been here a short space of time, we've seen from the first minute that he’s a really good person and really commits to his profession.

"I’ve known him long enough to know he’ll commit to his recovery 110 percent and I'm sure he'll come back strong."

The 26-year-old winger joined Swansea in January, having previously admitted that he was open to testing the waters in Europe.

Morris had spent the entirety of his professional career with the Sounders after turning down interest from the Bundesliga to sign his first professional contract.

He made a total of four appearances for the Championship club, all as a substitute, with the injury derailing his time in Europe before it even got going.

Now, it remains to be seen what the future holds for Morris, as Swansea did have an option to buy the USMNT international outright at the end of the season.

This isn't the first time that Morris has suffered an ACL injury. Morris previously tore his ACL during a CONCACAF Champions League match in 2018, missing the entirety of that year's MLS season as a result.

He won the MLS Comeback Player of the Year award the next season while claiming Best XI honors for a 10-goal, seven-assist season for Seattle.

This past season, Morris amassed 10 goals and eight assists for the Sounders before joining Swansea in January.

What's next for Morris?

On Monday, the Sounders confirmed that Morris will return to the U.S. to undergo surgery with Dr. Bert Mandelbaum in Santa Monica, California.

“First and foremost, we have been in touch with Jordan and he has our full support during this difficult time for him and his family," said Sounders President of Soccer Garth Lagerwey. "It’s important to us that he get the best care possible, as well as the most comfortable environment to recover.

"Having gone through this before in 2018, seeing Jordan suffer another injury of this nature makes it equally devastating and hopeful. We know first-hand the resilience of his character and look forward to the day he steps on the soccer field again. In the meantime, we’re focused on welcoming him home and making sure he has the full support of our club.”

The injury is, obviously, a massive blow for Morris, whose long-awaited move to Europe has been cut down just as it truly began.

Morris seemed to be finding comfort and confidence with Swansea and, with the club pushing for promotion, it seemed there were brighter days ahead for both the winger and the club.

However, that has all been cut short, at least for Morris, who will now head into another long process of rehabbing an ACL injury.

That long process will also significantly harm his standing with the USMNT, who play a series of big matches in 2021.

The U.S. is set to play in the Gold Cup, Nations League and, eventually, World Cup qualifiers this year, and it now appears they'll have to do so without a talented winger in Morris, who was pushing hard for a starting role.

Gregg Berhalter still has several talented wingers to call on but, with the roster set to be spread thin across several competitions this summer, he'll now have one less attacker to call on going forward.

As for the long term, Morris will face another battle to return to the field after previously overcoming what could have been a career-threatening injury with his first ACL issue.