The pair was once close, but the Welshman's repeated injuries and outburst following his Champions League heroics in Kiev saw Zizou lose patience

As Real Madrid's season came to an end with an underwhelming, disappointing home defeat that has typified this annus horribilis for the club, one man who was not involved became the centre of attention.

While the outgoing Keylor Navas received a warm ovation from the Bernabeu crowd Gareth Bale sat stoically on the bench, watching from afar as his side were downed 2-0 by Betis. That result left Madrid in third place, a massive 19 points adrift of runaway Liga champions Barcelona.

Zinedine Zidane's refusal to bring the Welsh winger into the action in what could well prove his last appearance in a Madrid squad did serve to instantly banish memories of yet another insipid display from his troops. But it also marks the culmination of a process of separation and distancing between Bale and his coach that has been in the making for years.

“I don't know what will happen. I went with other players. That is the situation, others came in,” Zidane told reporters after the game.

“I didn't let [Bale] play today, true, but we don't know what will happen. I am the one who is here every day and makes the decisions and when there is something I don't like or doesn't sit right with me... I have achieved a lot here but we cannot live off the past. This is the present and I make decisions based on that.”

It was not always this way. Relations between the pair were initially positive when Zidane took over from Rafa Benitez at the start of 2016. The Merengue legend marked out the famous BBC forward line as “untouchable” and, while Cristiano Ronaldo retained top billing, Bale was never far behind the prodigious Portuguese hitman.

Despite suffering greatly with injuries in Zidane's debut season Bale played a big part in his first Champions League campaign, including all 120 minutes in the final against Atletico where he also converted his shoot-out kick on the way to victory. Not even reports that one of his myriad physical complaints owed to 36 holes of golf played days before the semi-final against Manchester City shook Zidane's confidence in his star. 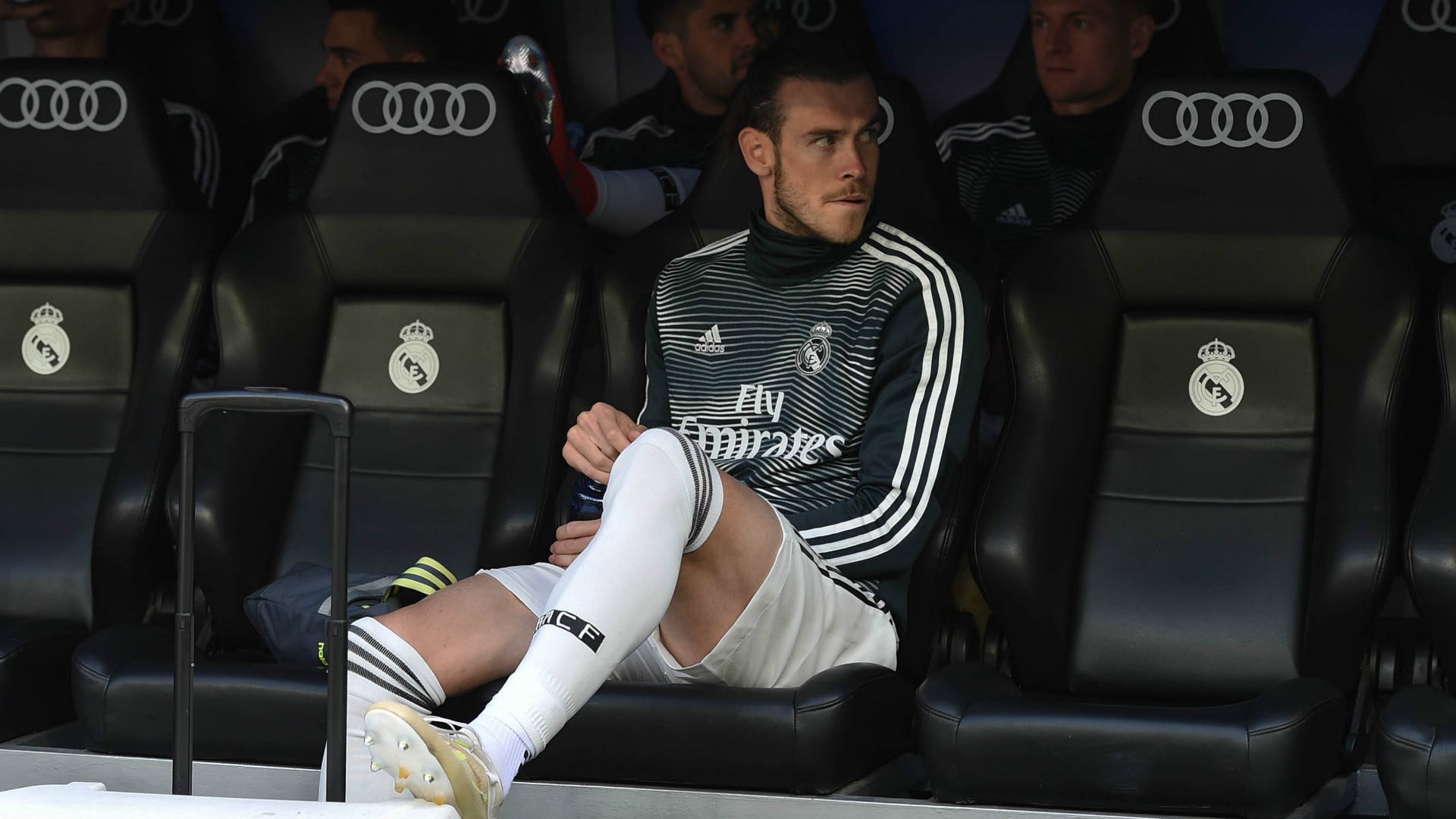 For Bale that trust was also a valuable asset. The Welshman had already been through one acrimonious break-up with Carlo Ancelotti, who had grown exasperated at what he saw as the player's selfish attitude and how the club indulged his whims. Matters came to a head during a 2-2 draw at Valencia when he chose to go it alone instead of squaring to Karim Benzema and was promptly substituted by the fuming veteran.

Zidane, though, despite having been Ancelotti's assistant up to his dismissal in 2015, gave his forward a clean slate, a fresh start. A star showing in the 2016 European Championship with Wales seemed to confirm his instincts: that Bale had it all to be a star at the Bernabeu.

But time and again his physical fragility intervened. In November 2016 he was forced to undergo ankle surgery and miss two and a half months of action; upon returning he seemed determined to avoid further injuries, to the detriment of his performances.

Bale further failed to endear himself to Zidane when, having confirmed his fitness for a crucial Clasico at home to Barca, he lasted just 30 minutes before coming off hurt as the Catalans waltzed to a 3-2 win – significantly longer, incidentally, than his 13-minute contribution to Zizou's second Champions League win over Juventus in Cardiff.

The 2017-18 campaign saw Zidane increasingly seek out other options to the unreliable Welshman. Both Isco and young sensation Marco Asensio began to take priority in the first team, restricting him to just 20 Liga starts and a mere three in the Champions League. Long-billed as the eventual successor to Ronaldo's crown as the King of Madrid, Bale was now on the way to being a luxury bit-part player.

Despite his heroics against Liverpool in Kiev to secure Madrid's 13th Champions League title, Bale's face told an eloquent story. The solitude he felt inside the dressing room, with Luka Modric his only real close friend, was palpable. Perhaps that was why, minutes after hitting two goals in the final, Bale's overriding feeling was one of fury. He issued an ultimatum directed squarely at Zidane: give me more minutes, or I will leave. In the end it was the coach who stepped aside, along with Ronaldo, a move that calmed the waters and left Bale undisputed as Madrid's standard-bearer.

Once more though, his delicate physical constitution prevented him from taking that role, to the detriment of Zidane's successors Julen Lopetegui and Santiago Solari. He sat on the sidelines nursing injury after injury as Madrid floundered and appeared to show little commitment to the cause. And this time, there was no Champions League double to rescue him from the Bernabeu's wrath. 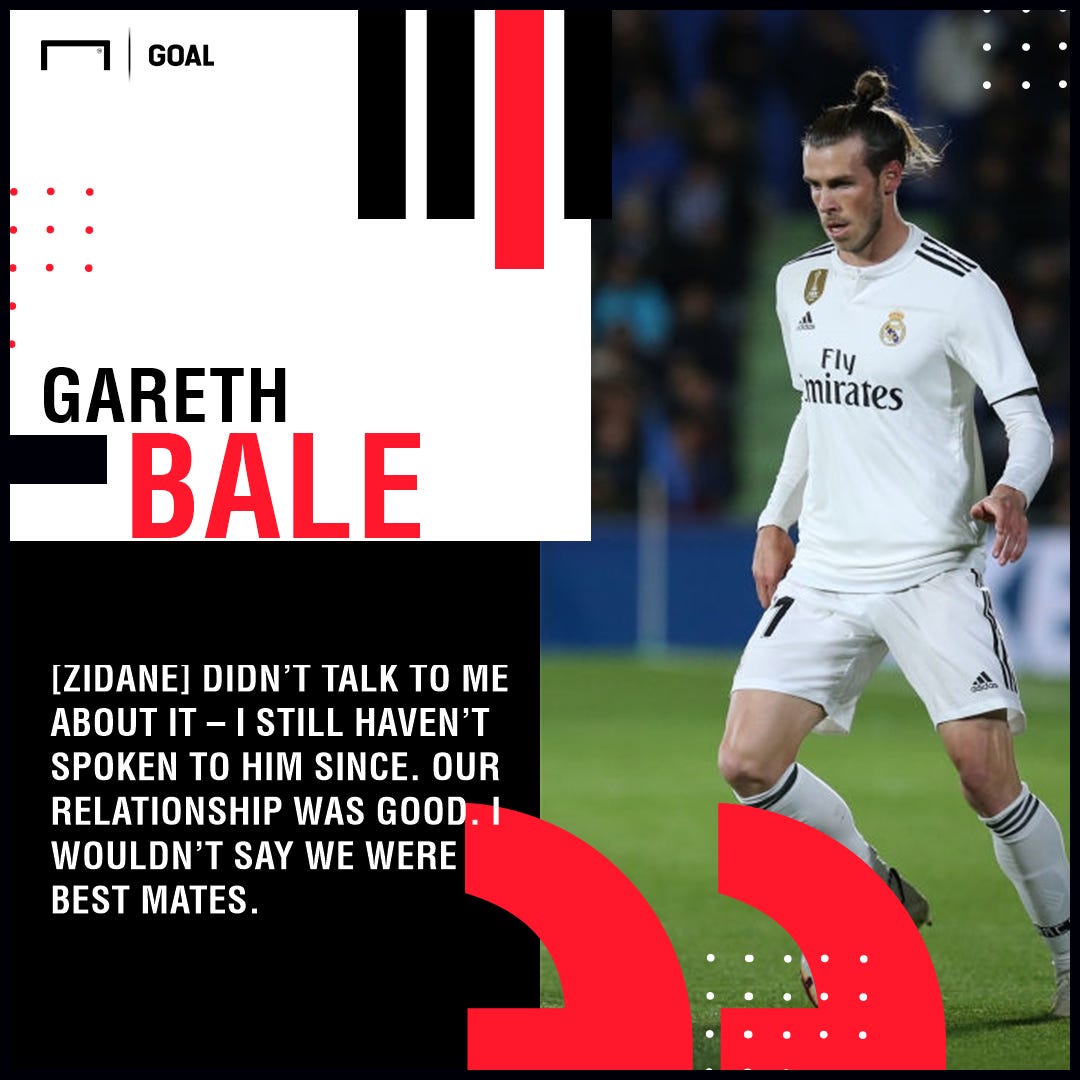 Zidane's return barely 10 months after resigning marked the beginning of the end. Not content with the defiance he had shown in Kiev to the whole world, in February Bale had again taken aim at the Frenchman. “I was really frustrated not to start,” he fired to Four Four Two.

“I’d played pretty well since coming back from the last little niggle I’d had in December. I scored five goals in my last four league games of the season and felt like I deserved to be involved from the start.

“[Zidane] didn’t talk to me about it – I still haven’t spoken to him since. Our relationship was good. I wouldn’t say we were best mates, it was just a normal professional relationship.” Those words rang deep with Zidane, naturally introverted like his charge and who values loyalty above all else. Ever since his return to Madrid it has felt like Bale has had his days numbered.

He has offered no public defence of Bale, not even when the famously tetchy Bernabeu has turned its jeers on the Wales star. That has only served to worsen an already tense situation. Bale's fall from grace has been accompanied by several supposed 'betrayals' too from team-mates, from Marcelo's assertions that his Spanish skills after more than five years living in Madrid are almost non-existent to Thibaut Courtois marking him out as essentially a loner inside the dressing room, preferring rounds of golf to team events.

On Monday, mere hours after the public snub received at the Bernabeu, Bale could once more be found on the golf course. Reports from Spain claimed that his reaction to being left out against Betis also involved the sport: “If they want me to leave they'll have to pay me €17 million a year. If not, I'll stay. If I have to play golf, I will,” were his supposed words to team-mates in the aftermath of defeat.

Bale still has three years left on his contract, and a wage package that ensures that a sale this summer will be anything but straightforward. Nevertheless, the chances of him featuring again under Zidane are almost nil; marking an unsatisfactory end to his spell at Madrid that has delivered four Champions League titles but rarely the recognition his record and talent really merit.