Cristiano Ronaldo bled after a collision with goalkeeper Tomas Vaclik during Portugal's Nations League clash against Czech Republic on Saturday.

WHAT HAPPENED? The Portugal star jumped to meet a high ball but he was caught by the goalkeeper and suffered a nasty blow to the face. The attacker bled from his face and required a plaster across his nose.

THE BIGGER PICTURE: Portugal coach Fernando Santos and his side would have been concerned about the 37-year-old's condition after seeing him knocked down in the early stages of the game, but he was able to continue playing.

AND WHAT'S MORE: The Manchester United forward is a key part of Portugal's hopes for the World Cup in Qatar later this year and Saturday's Nations League clash is a key part of their preparations for the tournament.

STORY IN ONE PHOTO: 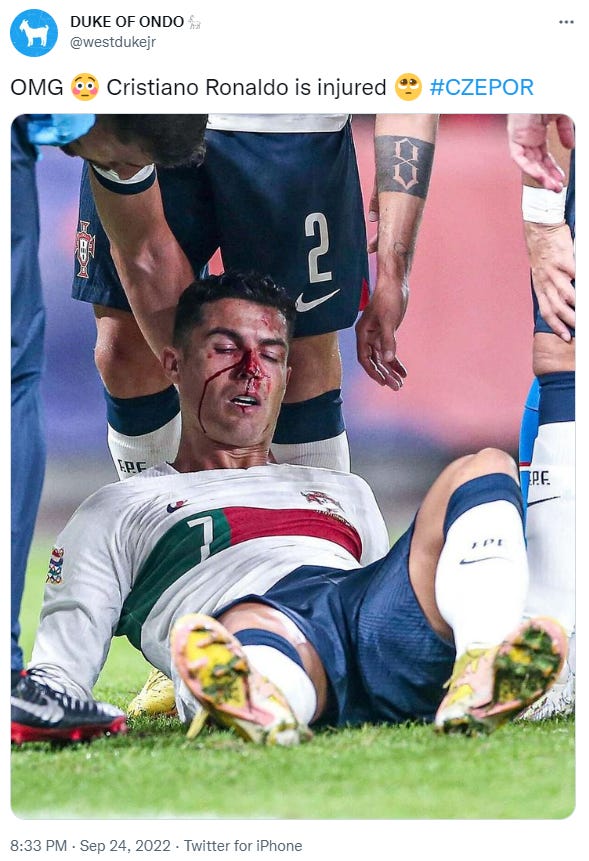 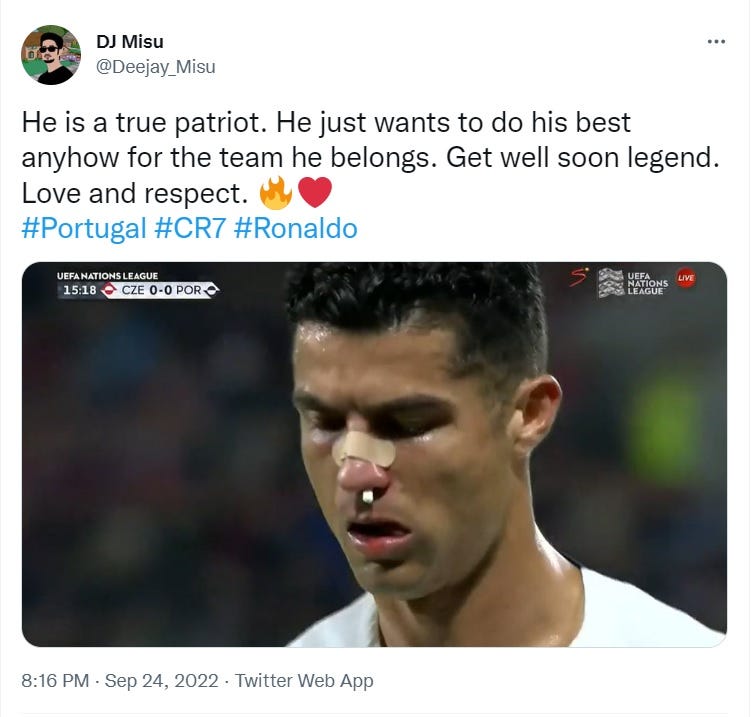 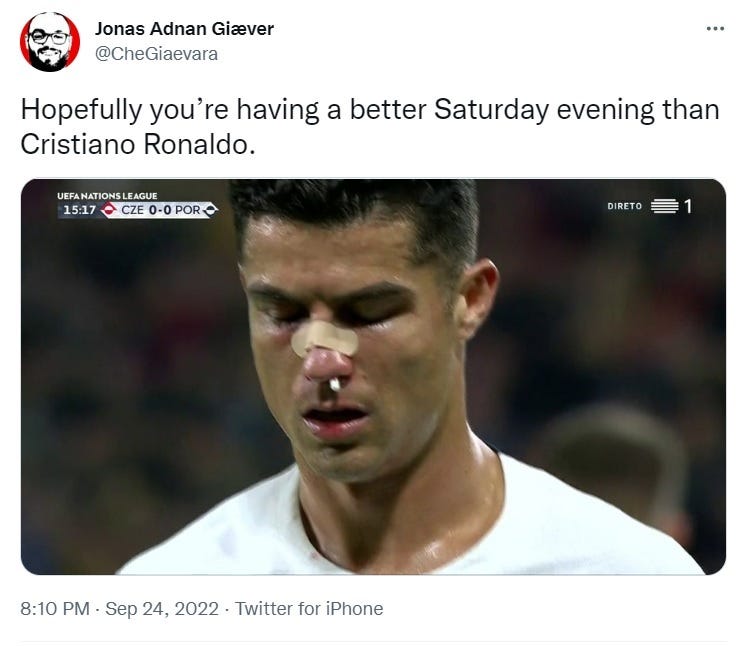 WHAT NEXT FOR PORTUGAL? Ronaldo and his fellow Portugal stars will take on Spain in their next Nations League clash on Tuesday.