Could Man City create their own Class of '92? Palmer, McAtee, Lavia and Co. out to impress Guardiola 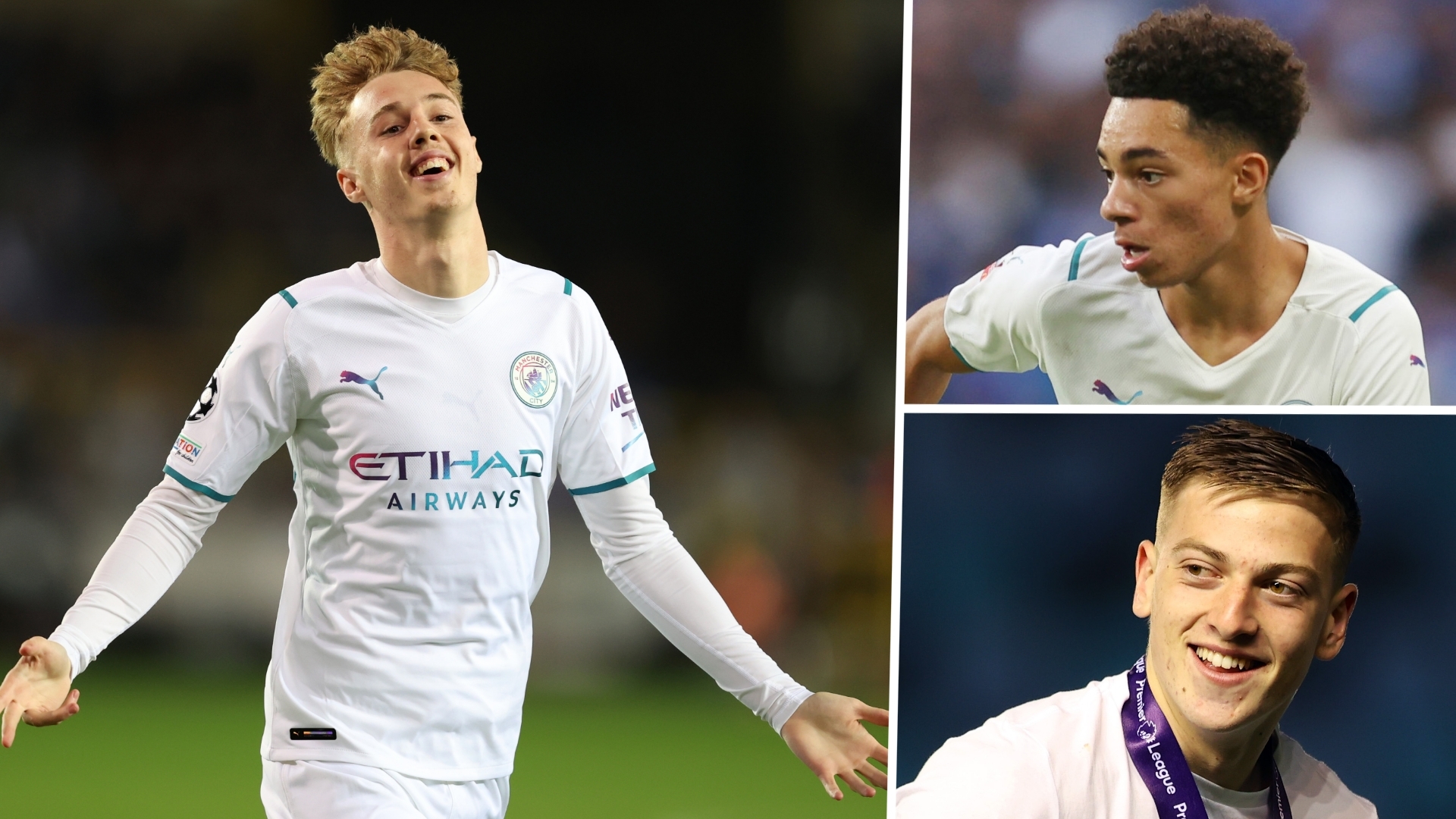 The latest crop of academy stars are making a big impression, but how realistic is it that they could all follow in the footsteps of Phil Foden?

Cole Palmer has started on a similar path to the first team as Phil Foden at Manchester City – and it’s hoped that even more players are now set to follow in his footsteps.

Palmer has gone from a few minutes off the bench to the occasional start in the Carabao Cup and gaining experience on European away days with Pep Guardiola's senior squad, while all the time learning from the City coach and training alongside some of the game's greatest talents.

Whether the 19-year-old forward will reach the same heights as Foden remains to be seen – after all, the latter is becoming one of the standout players of his generation – but the roadmap is clear.

What is so exciting for the club – and an academy that is constantly developing young players – is that he is not making the journey alone. Coming up fast behind is a clutch of players with the quality and desire to make it to the very top.

Along with Palmer, several players from the youth sector will be in the squad for City’s Carabao Cup fourth-round clash away to West Ham on Wednesday night as their incredible record of not losing a tie in the competition ticks into its sixth year.

Palmer, CJ Egan-Riley, Josh Wilson-Esbrand, Luke Mbete, Finley Burns, Romeo Lavia and James McAtee all appeared in the 6-1 victory over League One Wycombe Wanderers in the previous round.

Guardiola is not one to go overboard about the potential of his youth players, as he knows how difficult the step-up can be. Those youngsters have to be better than the options he has available and when you look at the depth and quality of his first-team squad, it is some task to compete.

But the Catalan has not hidden his excitement at the potential of the players coming through at City.

"We also have Liam Delap, Sam Edozie, Luke Mbete, Romeo Lavia – five or six really good talented players in the academy,” Guardiola said after Palmer’s goal in the Champions League victory over Club Brugge. "If they continue to be humble and work, they can be important for Manchester City."

It’s long been an ambition of the club to have a steady stream of players making the jump from the academy into the first team.

Barcelona – the former club of Guardiola, director of football Txiki Begiristain and chief executive Ferran Soriano – have always been a source of inspiration for City.

Lionel Messi, Andres Iniesta, Sergio Busquets and plenty more superstars came through La Masia, while others left to be successful elsewhere, generating a huge amount of profit for the Blaugrana in the process.

Closer to home, Manchester United’s Class of 92 has long been considered the highest standard in excellence in England – given David Beckham, Paul Scholes, Ryan Giggs and Gary and Phil Neville helped lay the foundation of a decade of success after going from the youth team to the first team.

Whether such success could ever be replicated was always considered unlikely but it no longer seems impossible.

After all, Foden’s contemporaries at the City academy included Jadon Sancho, now playing for Manchester United and England, AC Milan’s Brahim Diaz and Barcelona defender Eric Garcia, who have both played for Spain. All or some of those players could have ended up in Guardiola’s first team had they stayed at the Etihad.

What's more, there is now a cautious level of optimism among the coaches about the potential of the latest crop of players breaking through, which is why they are getting to work with Guardiola & Co. on a regular basis.

“It's amazing for the players to have so much contact with our manager and with the first-team players, guys that you can look up to and learn from every day,” EDS coach Brian Barry-Murphy told Goal. “Then, it's just about us adapting to that and being very flexible.

“Trying to create a common goal or a common feeling amongst a group is a great challenge for us all.”

A night to remember for these four… #mcfc pic.twitter.com/wwsrxzOuCM

After Palmer, there are a number of players that are creating a buzz. McAtee, for example, is an intelligent No.10 that has been starring for the EDS side and impressed Joao Cancelo, who picked him out as a “great player” with a big future.

Senior figures in Belgium’s national team have been watching the development of defensive midfielder Lavia, who is still only 17 but showing he could follow in the footsteps of his mentor Fernandinho.

Guardiola has already flagged the potential of London-born centre-back Mbete, while Edozie was handed a start in the Community Shield at the beginning of the season and showed why he has been compared to former winger Leroy Sane.

Delap, meanwhile, had an incredible goalscoring record at every level last season, and it ia a frustration that an injury has ruled the striker out of action at a time when City are lacking a natural centre forward.

Full-backs Wilson-Esbrand and Egan-Riley also made strong debuts against Wycombe, while Ireland international goalkeeper Gavin Bazunu is impressing on loan at Portsmouth.

Of course, it's still a big ask for any of them to become a regular in City’s star-studded first team and an even greater demand to see an entire group of academy products make the breakthrough.

However, that won’t stop anyone trying to turn the dream of a side full of homegrown heroes into a reality.