Ruben Dias will make his 100th appearance for Man City in Sunday's derby against United - testament to his amazing drive, dedication and diet.

Leader, motivator, champion – Ruben Dias has had a big impact on the Manchester City dressing room.

Two years ago this week, he arrived at the Etihad from Benfica in a £62 million ($69m) deal which saw Nicolas Otamendi move in the opposite direction for £14m ($15.5m).

It was an uncharacteristically late move in the market from City and some questioned whether it was a panic buy with time ticking down to deadline day.

Sevilla's Jules Kounde, Atletico Madrid's Jose Gimenez and, most prominently, Kalidou Koulibaly of Napoli, had all been linked with moves to Manchester during the window.

But instead City looked towards Benfica, the club that already played a key role in the club's success, with Ederson, Joao Cancelo and Bernardo Silva all having played for the Portuguese side.

Pep Guardiola had needed a centre-back after a failure to replace Vincent Kompany had contributed to a disappointing title challenge in 2019-20.

Director of Football Txiki Begiristain insisted Dias was the right man for the role, having closely watched the defender's development over the previous two years.

It proved an inspired signing. Despite being thrown into a potentially chaotic debut against Marcelo Bielsa's hard-running Leeds, Dias made an instant impact.

A side that had conceded five times at home to Leicester the previous weekend, suddenly had a big presence back in its defence.

Dias marshalled, organised and controlled the backline with impressive ease for a player who had only just arrived at the club. 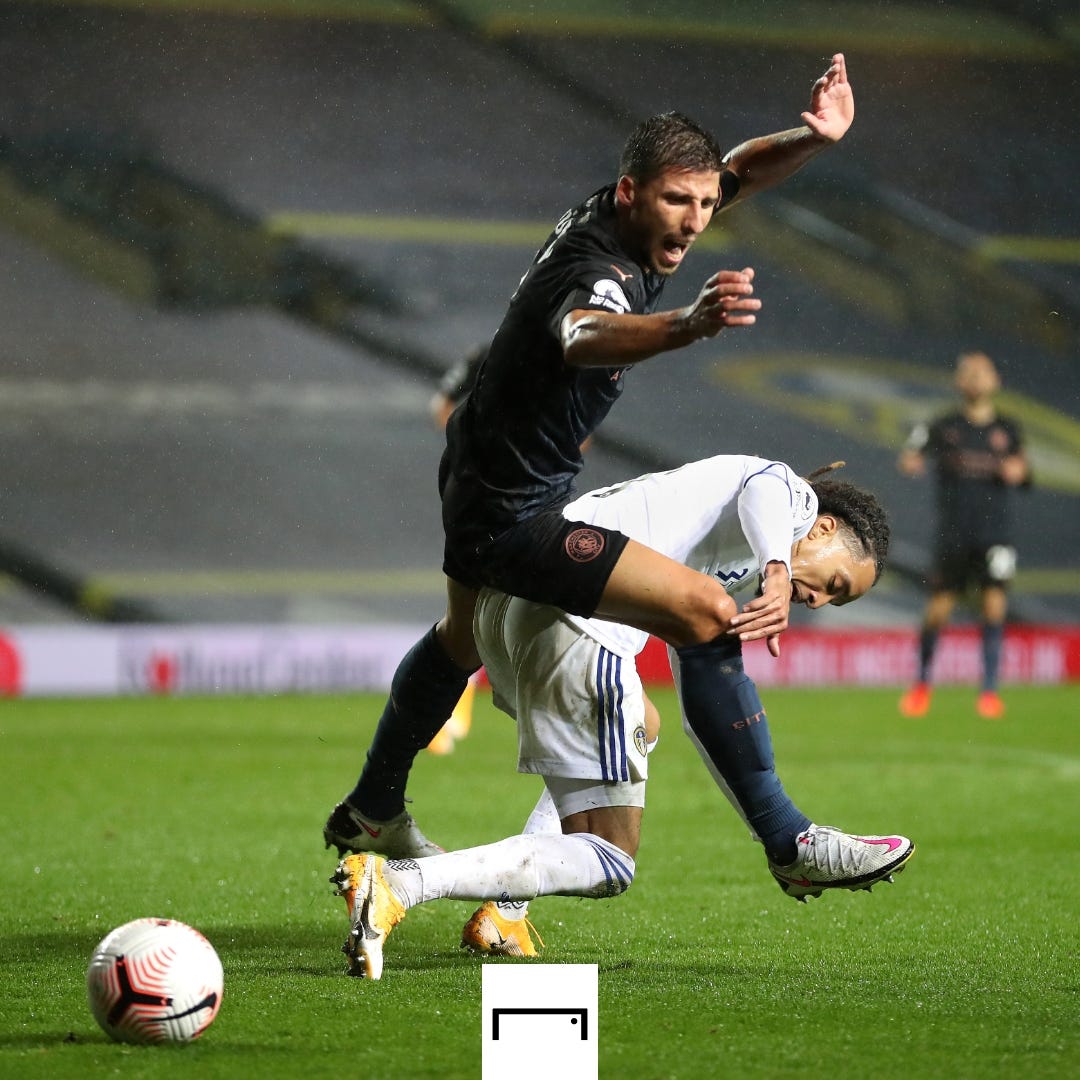 He would become the rock-solid foundation upon which City's subsequent success was built, helping Guardiola's side win back-to-back Premier League titles, as well as picking up FWA Footballer of the Year and UEFA's best defender awards along the way.

On Sunday, Dias is set to make his 100th appearance against Manchester United and the centre of defence is no longer a long-term concern.

Obviously, passions run high on derby day but Dias comes into his own on such high-pressure occasions. Indeed, the 25-year-old is a big voice in the dressing room, ensuring his players remain focused on the task at hand.

"We're the Premier League champions, but that will serve us nothing if we don't do it again, and again," he said in a rousing speech before last season's 2-0 victory at Old Trafford.

But as well as looking after the team, he also takes care of himself extraordinarily well.

Dias eats a breakfast of around 1,000 calories to give him the energy for the day ahead, as well as three unpleasant health shots of ginger, turmeric and a probiotic.

His discipline and drive are remarkable.

To ensure that he is always properly hydrated, he drinks water even when he's not thirsty and always cooks himself a healthy meal even at the end of a long, tiring day – which usually begins with him arriving before any of his colleagues at the Etihad Campus so that he can do gym work or physiotherapy before training. 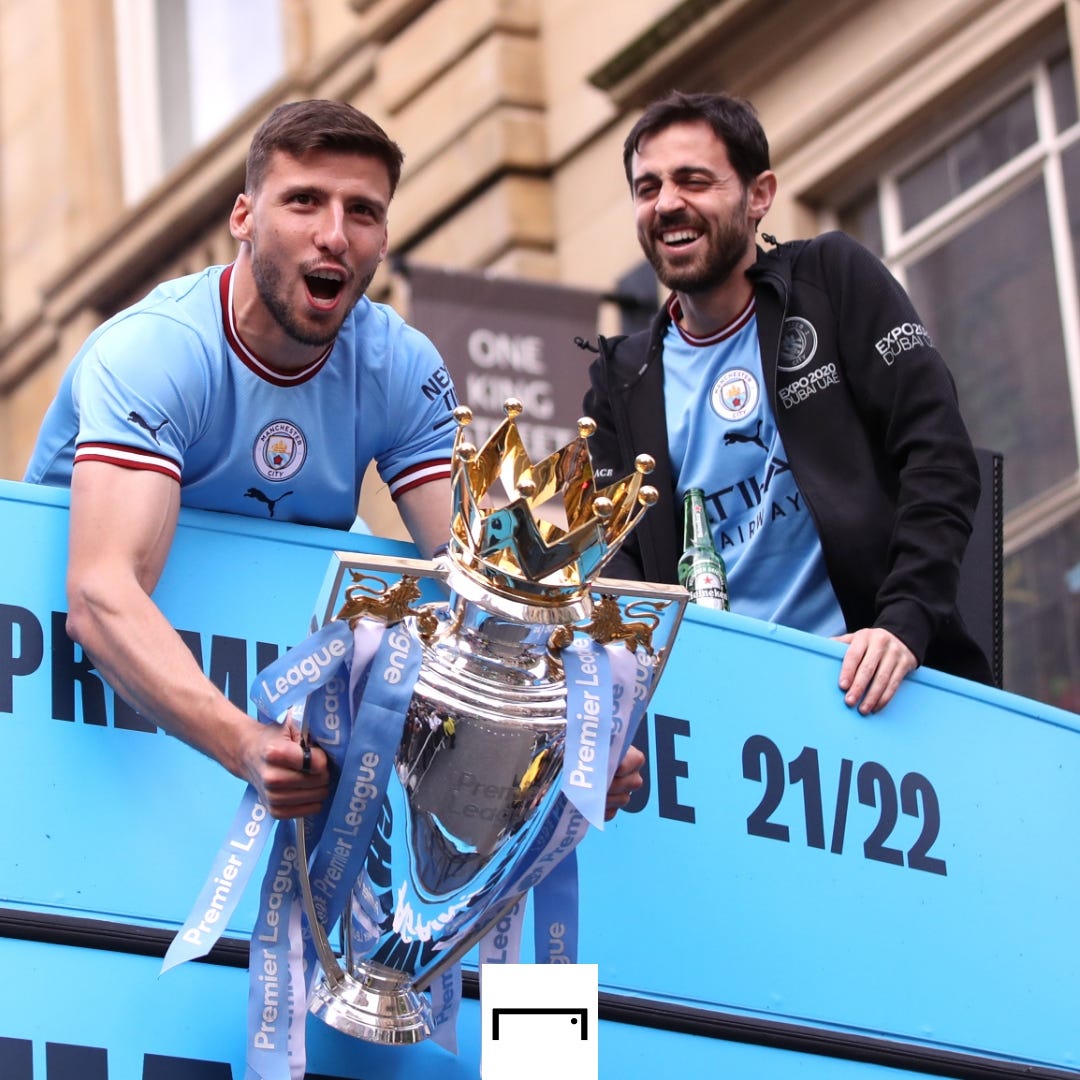 "It's not easy to find [a player like that]," Guardiola has admitted. "Since day one, we have been impressed with his commitment and what he has to do.

"It depends on personality. There are players who don't do it and can be just as productive but when he does this sort of thing, he feels ready.

"Maybe I'm old, but from my point of view, you have to think at least 24 hours about the job. That doesn't mean being there all the time but you have to rest, you have to eat well – all these things are important, not just the one hour or hour-and-a-half we are here training."

Dias has worked with City’s sport scientist Donough Holohan to develop a routine that suits him, although he suffered from muscle injuries that were a frustration last season.

That could have been costly in another tight title race with Liverpool when Nathan Ake, John Stones and Aymeric Laporte also suffered setbacks.

So, Guardiola has since added extra insurance by signing Manuel Akanji from Borussia Dortmund.

With extra competition, Dias needs to continue improving on the pitch and the early signs are that he is becoming even more integral to his team. 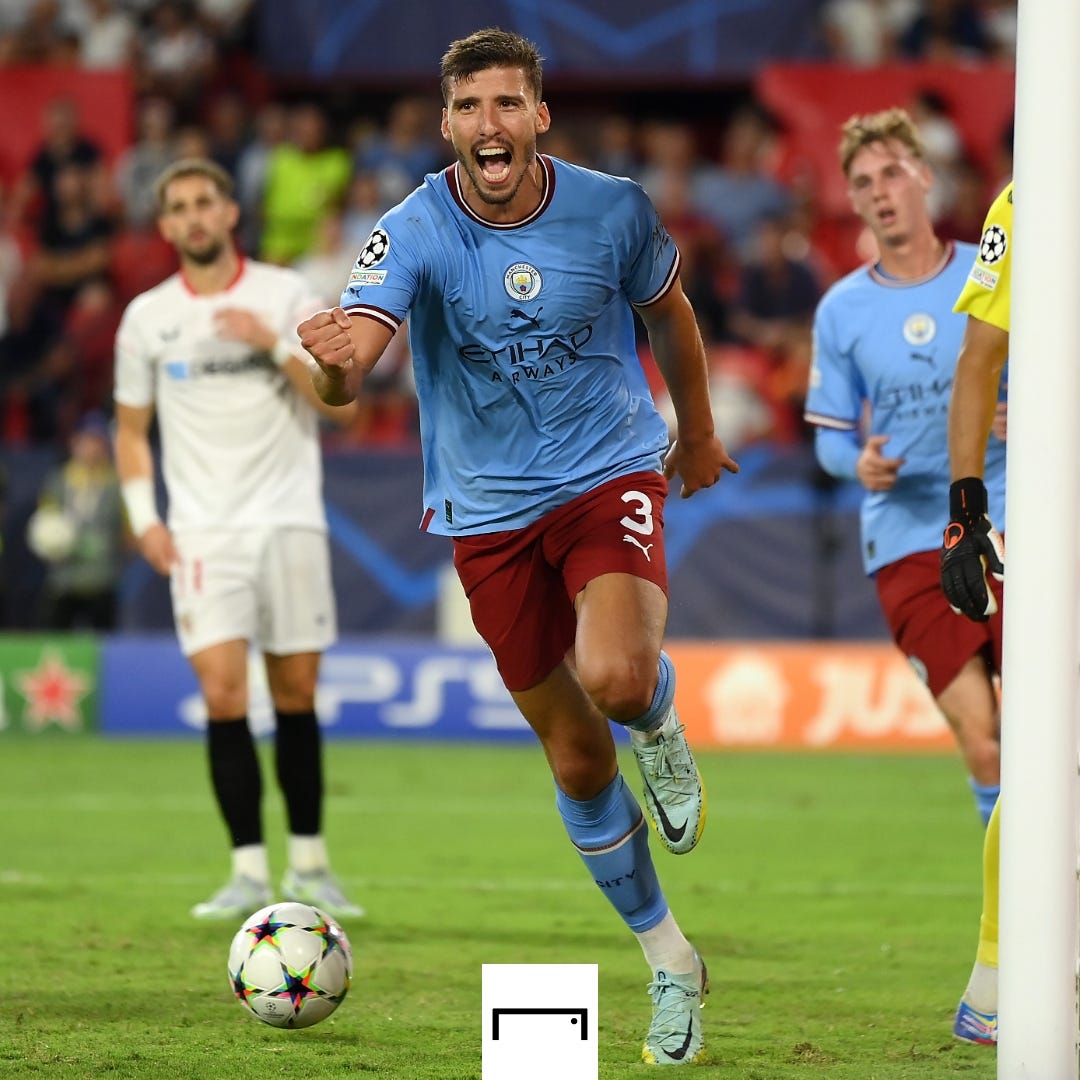 Defensively, only Brentford's Ben Mee and Leicester's Daniel Amarty have a better percentage of wins in aerial duels in the Premier League.

But City defending is not all about stopping the opponents. It's also about starting attacks and it's telling that only team-mates Rodri and Kyle Walker have attempted more passes in the Premier League this season, while only Stones has been more accurate.

Intense and cerebral, Dias is determined to be as good a player as he can be.

"The invisible training session is so important," Guardiola said. "Otherwise, they will notice they will not perform well.

"The next step from not performing well is they are not going to play, and if they don’t play, they move to another club. So, it depends on them.

"The guys who perform well, they train well and live well, while the other guys are left waiting [to play]. I have to be as fair as possible with the other guys who behave 24 hours thinking on the job."

And nobody thinks about their job quite like Dias.