More recently, they were just 40 miles apart and, despite their last meeting being Leeds United's 7-0 thrashing at the Etihad Stadium just before Bielsa's sacking, Guardiola still holds the 66-year-old in the highest esteem.

Among Bielsa's many achievements in taking Leeds from a mid-table Championship club to back-to-back seasons in the Premier League was spotting and nurturing players with huge potential.

Kalvin Phillips was a local lad of considerable quality, but Bielsa played a huge role in him becoming one of England's most important players at international level.

"Kalvin has obtained a prestige that allows him to have bigger influence in the games, and his team-mates perceive that capacity," Bielsa said.

"He's improved a lot in the moments of a game and he knows how to find a solution that each action demands.

"He's matured a lot in his interpretation to take the best solution. Kalvin is playing at very, very high levels and has shown that the responsibility doesn't inhibit him – it improves him."

Those attributes were exactly what Guardiola was looking for when it became clear that Manchester City would need to find a replacement for Fernandinho, who decided to end his nine-year stay at the club at the end of last season.

Guardiola had seen Phillips' quality himself, searching out the midfielder to congratulate him on his impressive performance in a 1-1 draw with City in November 2020.

"It’s one of the main reasons I wanted to come to City, to improve my game in loads of different ways" 💬

Now, the 26-year-old has completed his £42 million ($51m) to City, with Guardiola turning down the chance to sign Barcelona's Frenkie de Jong among others in favour of the England star.

It's easy to understand why. On paper, Phillips looks a perfect fit for Pep.

He has spent recent seasons playing in an offensive, possession-orientated, high-energy system similar to City's, excelling in what is a demanding role in the middle of the pitch.

Bielsa knew he could handle the workload; Guardiola clearly believes he can do likewise at City.

"[Bielsa] excelled my game beyond what I could thought I could play," Phillips stated. "I am very grateful for him coaching me.

"Obviously, we all know that when Bielsa was in charge at Leeds it was very high tempo and end to end, so there was going to be goals going in at both ends.

"And I think the way that City play is very high tempo and they keep the ball and do it very well, so they score a lot of goals."

Guardiola has viewed the holding midfielder as a key position since he was entrusted with the role by Johan Cruyff during the early stages of his playing career at Barcelona.

He passed on what he was taught by his mentor to Rodri and the Spain international became a key performer during last season's title success.

Indeed, Guardiola was meticulous in his approach to ensuring that Rodri was always in the right position.

"The holding midfielder has to be [in front of the defence]," the City boss told his compatriot. "Like if you drive a car and move to the back seat, you can crash. The driver has to be there in the front.”

Rodri, of course, has since made the position his own at City, which is partly why Fernandinho decided not to stay at the Etihad for another season.

Phillips, then, will be Rodri's understudy, which is no bad thing. 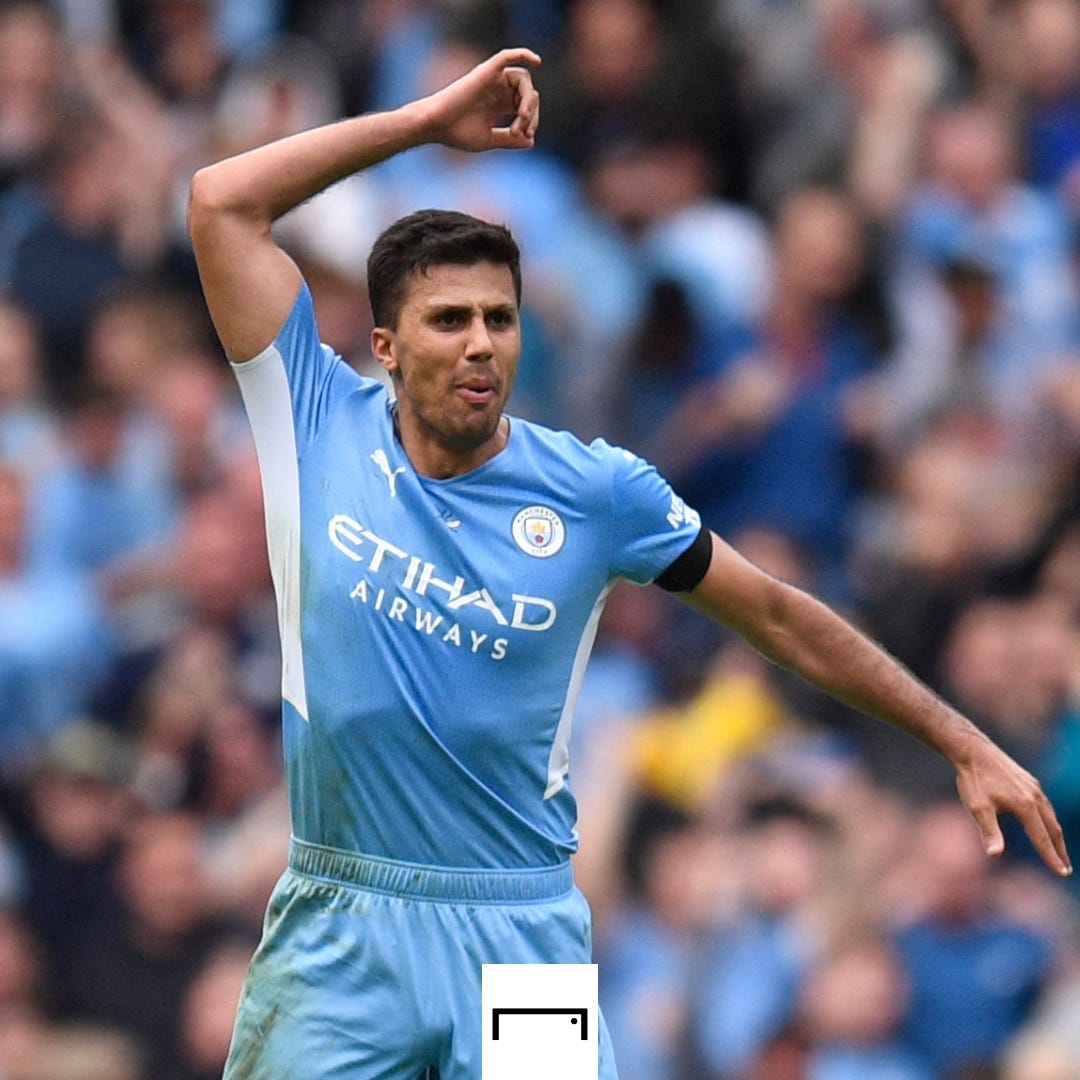 He will be afforded time to settle, which is a real advantage for a new signing, given some recent arrivals, such as his friend and new team-mate Jack Grealish, took months to acclimatise to the City philosophy.

Still, there should be plenty of opportunities to shine, with City once again competing on four fronts and Rodri likely to be rested more after a gruelling conclusion to the 2021-22 campaign.

Indeed, joining City would have been a straightforward decision, even though he had to say goodbye to the club he joined as a 14-year-old.

England's journey to the Euro 2020 final gave him a taste of football at the very highest level and he understandably wanted more.

"It is hard for me to say right now how I am going to play in the team, but I am thrilled to come to a team with 18 superstars,” Phillips said.

“Obviously, I did play in the Euros final and, to be honest, the nerves didn’t really hit me when I was playing it. I deal very well with situations like that.

"I think I am pretty suited to playing in big games. I haven’t experienced many of them but hopefully this season I will.”

Certainly, at the Etihad, there is as close to a guarantee as possible of playing in big games and challenging for major trophies.

Yet the transfer still comes with some risks for Phillips, particularly with the World Cup coming at the end of the year.

So proud to join one of the best clubs in the world. Can’t wait to keep on challenging myself and learn from the best along the way 🙌🏽💙 @ManCity pic.twitter.com/FKPr2XYRdS

He remains first-choice alongside Declan Rice in the centre of midfield but Gareth Southgate may make changes with performances nose-diving recently.

The England boss has alternatives, whether it's the fresh running of Jude Bellingham and Conor Gallagher, or the experience of Jordan Henderson, and Phillips will not want to be warming the bench at City come November.

However, his England experiences could even help with his development at club level.

Guardiola has often evolved his tactical philosophy as teams and coaches eventually devise plans to stop City and he will do so again, not least because of the addition of a new No.9 in Erling Haaland.

With the sale of Gabriel Jesus to Arsenal and potential loss of Raheem Sterling, the City boss may want his full-backs to play higher up with the pitch and thus use a double midfield pivot to cover their runs.

Alternatively, Rodri could just play higher up after a season in which he showcased his ability to score crucial goals – not least on the final day against Aston Villa.

Phillips will be given time to succeed as the step-up for a relegation-battling side to a Champions League-chasing rival will be sizeable.

“I think there is a lot more to come from me," he added. "When Bielsa came in, I never thought I would improve my game as much as I have.

"Pep is one of the best managers in the world as well, so it is something different but something I believe I needed to excel my game even more and I am looking forward to it.”

Guardiola will be looking forward to working with him too. City have signed him a hungry and talented player now perfectly poised to realise the enormous potential Bielsa first saw in him when he took over at Leeds four years ago.