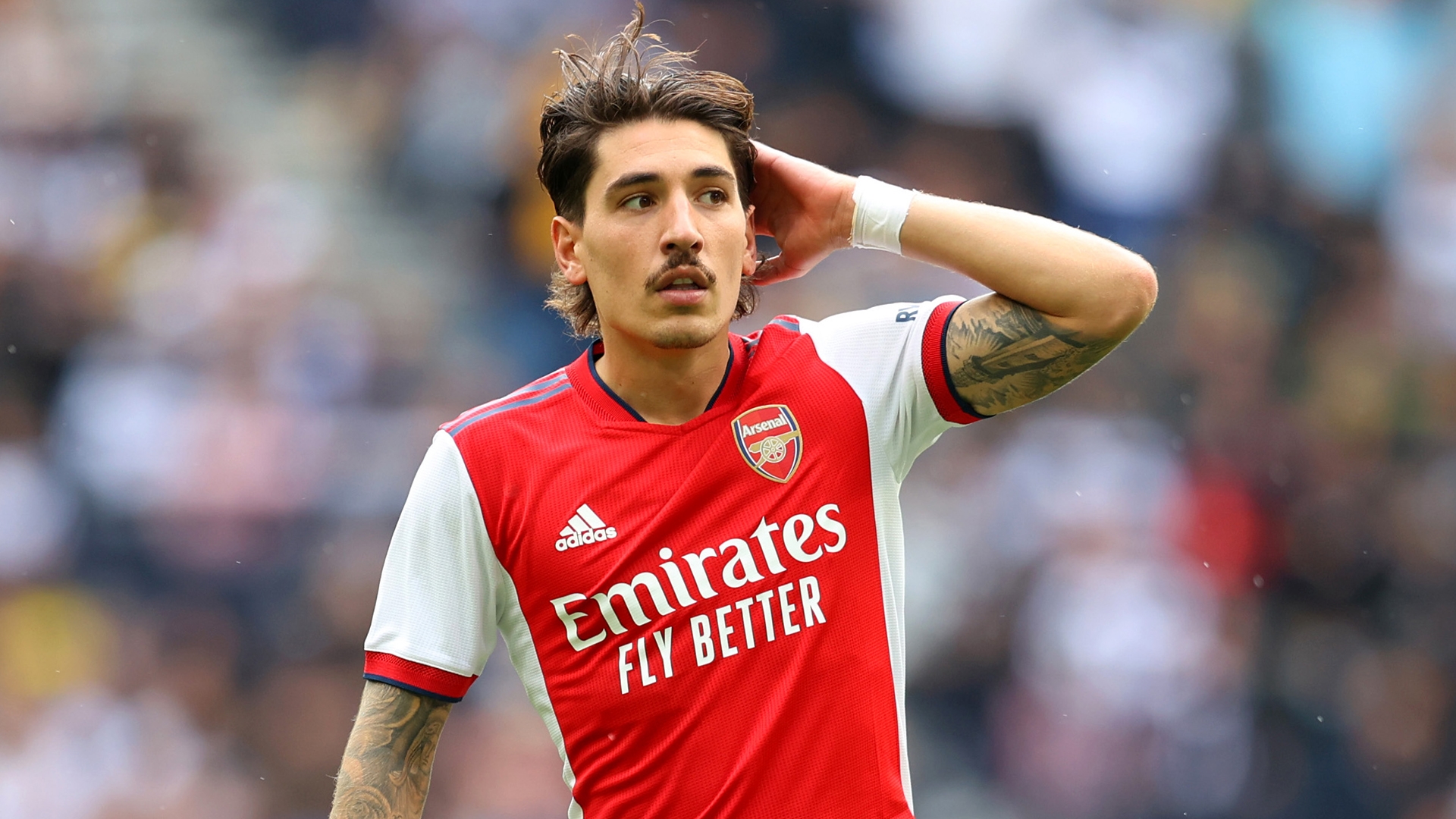 Albert Botines, CEO of Goal Management, talks exclusively to Goal about how he secured his client a move to Betis before the transfer window closed

From the moment the 2020-21 season came to an end, Hector Bellerin knew the time had come for a change of scenery.

After more than a decade in England with Arsenal, he wanted to try something new. Arsenal were aware of his wishes and were not going to stand in his way providing a deal could be found.

So, it was down to Bellerin’s agent to find his client a move.

And for Albert Botines, who is the CEO of Goal Management and has represented the right-back since he was just 14, that was a task he was determined to get right.

It was far from easy, with the financial impact of the coronavirus pandemic complicating the market and Bellerin’s high wages proving problematic for interested clubs across Europe.

However, with just hours of the window remaining, a season-long loan move to Real Betis was agreed.

For Bellerin, it meant a return to Spain 10 years after leaving Barcelona as a teenager and, for his father, a boyhood Betis fan, it meant the realisation of a lifelong dream.

Now, nearly six weeks after finalising the move for Bellerin, Botines speaks exclusively to Goal about what went on during the summer and why the defender wanted to try something new.

“After 10 years, Hector had in his mind that it was the right time to change,” Botines said. “But it wasn’t only about Arsenal, it was also about the Premier League, about the country, about everything.

“He moved when he was 16 from Barca to Arsenal, from Spain to England. During the Covid-19 time without his family, he was so alone in north London. Only training, then going home. He had more time to think about it and he thought this was the right time to move on.”

Bellerin’s desire to find a new club during the summer was not a secret. It was widely expected that he would leave and that Arsenal were prioritising finding a new right-back for the 2021-22 campaign.

Botines spent the summer looking at options across Europe. There was interest from clubs in France but Bellerin’s preference was to either go home or try his luck in Serie A.

“He was more focused on going to Italy or Spain because he felt like it was the right time to go to those leagues,” Botines explained. “There were many opportunities during the market.

"Sometimes, it seemed like something could get agreed, but then it changed. It was a really long market.”

As the window edged towards a conclusion, Bellerin was still at Arsenal and he was an unused substitute during the defeat at Brentford on the opening weekend of the new Premier League season.

But attempts to find him a move away were intensifying behind scenes, with Inter a potential destination.

The Italian champions held talks with Arsenal over a possible deal for the 26-year-old before ultimately deciding to move for Dutch international Denzel Dumfries.

With Inter out of the running, discussions were continuing over a move to La Liga, with Barcelona and Real Betis the two main contenders.

Both were appealing options for the defender and it looked for a time that a return to Camp Nou was on the cards.

Arsenal went as far as making an offer for Emerson Royal, which involved Bellerin going the other way, but a larger offer from Tottenham ultimately saw the 22-year-old Brazilian right-back move to the opposite end of north London.

However, despite seeing the door close on a return to Catalunya, talks with Betis were gathering pace.

Bellerin’s high wages made it a difficult deal to get done, with La Liga rules prohibiting Betis from offering the Spain international a package that was anywhere near to what he was getting with the Gunners.

They also needed to make room for him in the squad – something that was far from easy with such little time in the window remaining.

But Bellerin’s desire to push through a move to the club his father grew up supporting ensured it was a deal that was eventually done, with the defender agreeing to take a big pay cut to get it over the line.

“It was difficult because [of] the money. They needed to make many things [happen] on the last day and put one player from the first team into the second team to have a free licence.

“Then, they needed to wait for La Liga approval about how much money they could afford for the player. We were finishing at 11pm on the last day, so it was long.”

“But also he was happy because the club is doing well and they play the Europa League this season. So, we thought that it was a very good opportunity to go there. It was the right time.”

Securing a move for Bellerin during the summer was a key priority for Botines, who has worked alongside the defender as he developed from a talented teenager into a senior international.

He was there for the highs such as his Arsenal debut, his first Champions League appearance and his FA Cup successes, but also the lows – such as the cruciate ligament injury Bellerin suffered against Chelsea in 2019 which would keep him sidelined for a year.

Botines describes that period as "difficult", but it’s one that Bellerin has now put behind him as he looks to get back to his very best during his spell with Betis.

“It was very, very important to me,” Botines said, when asked what it meant for him to secure Bellerin his wish of finding a new club. “We've stayed together for 12 years, I think. For me, he’s like one of my sons.

“So, that's why it was very important because he was asking, ‘Albert, for my health, for my head, I need to leave, I want to change the country, I want to be closer to my family.'

“And it was a challenge for me because it was not easy. The wages are big in England, so it's difficult to bring players from the Premier League with those wages to countries like Spain and Italy because they cannot afford it.

“So, that was not easy, but, in the end, he was really happy, and also the family. Everybody was happy.”

Botines is the CEO of Goal Management, the agency he founded in 2008 in Barcelona. Bellerin was one of his first clients, with the likes of Ajax goalkeeper Andre Onana, former Barcelona and Watford star Gerard Deulofeu and Marseille keeper Pau Lopez now also on his books.

But while Goal Management does boost a number of impressive stars, Botines says the key to his agency’s values is to keep his client list to a number which ensures it is possible for him to maintain a strong personal relationship with his players,

“That is our essence,” he said. “I don't want to put out names, but [some] agencies in England have 200, 300 or 400 players. But we want to work with a smaller number of players, especially because I'm the CEO and I'm responsible for the players who are abroad of Spain.

“So, that's why we don't go with a massive, massive number of players because we feel like we need to manage one to one. They need us to be with them.”

Botines added: “Every week I'm working and I'm travelling to visit my players.

“For example, in the last few weeks I was in Rome, then I was in Seville to see one player we have in Espanyol. And then, we see Hector. Then, we go to Marseille to see Pau Lopez and I am going to Greece because we have three players there.

“I want to take them to lunch and speak about all the things, not just about what is going on in football, but in life. I think it's very important that they feel like they can explain everything to you. That they are confident with me or my staff, not only at the best moments but also when they are in a bad moment.

“It’s very easy to go and see your player when he is playing in the Champions League, or in the Ballon d'Or in Paris [like] with Onana, but I think it's more important to be there when he has a sanction from UEFA over the doping time.

“Those are the important moments when you need to be with them. It’s one of the key things of the company.”

That close personal relationship that Botines points to is one of the reasons why the bond between himself and Bellerin has grown so strong over the past decade.

After such an uncertain summer, the pair now just want to focus on the season ahead with Betis.

Bellerin has played four games for his new club, with last Sunday’s 2-0 defeat at Villarreal the first he has suffered since returning to Spain.

But with no purchase option included in the loan deal, and with under two years left on his current Arsenal contract, what does the future hold for the defender? Could a permanent move to Betis be an option?

“It will be possible for sure because he's really happy,” said Botines. “But it will depend on many things, especially if they're going to Champions League or not, because then they would have more budget to afford the permanent transfer.

“But we are not thinking about the summer. He’s focused day by day, he's happy and he’s focused to make good games again, to show good skills.

“It was a long summer now for him because [it went] until the last day, so that's why now his focus is game by game.”