The Juventus president has questioned whether Atalanta deserve a place in the Champions League, a worrying indicator of where the game is headed

Andrea Agnelli is the chairman of the European Club Association (ECA). That arguably makes him the most powerful man in world football but he also talks like he's the biggest threat to its existence.

And that's because Agnelli has a problem. And his solution is to kill competition.

Agnelli is the president of Juventus, the biggest club in Serie A. In the latest Deloitte Money Football League, the Bianconeri ranked 10th, after generating revenues of €459.7 million (£400m/£520m) for 2018-19.

Agnelli isn't satisfied, though, because others are making more.

After asking Juve's shareholders to approve a €300m (£340m/£260m) capital increase in October, Agnelli explained, "These numbers seem enormous when compared to the Italian reality, but our point of reference is the great European clubs.

"Our growth is confirmed by our UEFA ranking – we are currently fifth but have reasonable grounds to think about finishing fourth.

"When we look at the main clubs in Germany, England and Spain, we see that their turnover ranges from €489m (£423m/$552m) at Borussia Dortmund to almost a €1 billion (£865m/$1.1bn) made this year by Barcelona. These realities must be our benchmark.

The question for Agnelli is how to do that, because the reality is that from a financial perspective, Juve have grown as much as they can within Italy.

The Bianconeri have won the past eight Serie A titles but Serie A is no longer the draw it once was, meaning Juve are not making anything like the same amount of money from domestic television rights as Barcelona and Real Madrid in Spain, or the biggest clubs in the cash-flush Premier League.

For Juve, the real money is to be made in European competition and, thus, Agnelli's attention is now firmly focused on reforming the Champions League. 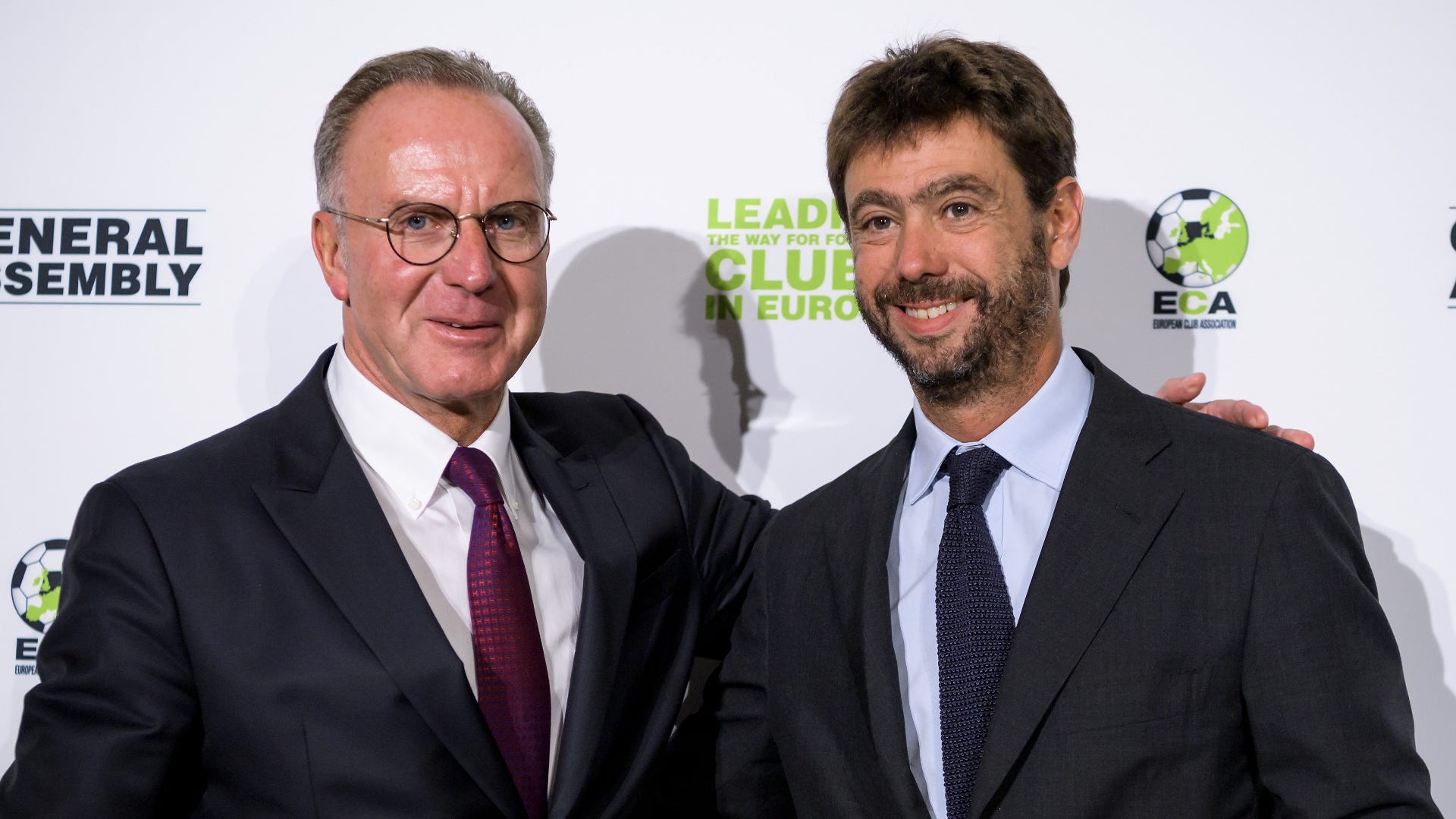 At a Financial Times Business of Football Summit in London last week, Agnelli laid bare his views on the Champions League, taking aim at arguably the fairy tale success story of this season's tournament.

"I have great respect for everything that Atalanta are doing, but without international history and thanks to just one great season, they had direct access into the primary European club competition. Is that right or not?” the ECA chief asked.

"I think of Roma, who contributed in recent years to maintaining Italy’s ranking. They had one bad season and are out, with all the consequent damage to them financially.

"We must protect investment and costs."

Agnelli, of course, is not alone in viewing football in monetary rather than sporting terms. He wasn't re-elected chairman of the ECA for nothing. His dismissive attitude towards smaller clubs is shared by his peers.

In February 2015, Lazio president Claudio Lotito was recorded bemoaning the fact that two tiny clubs, Frosinone and Carpi, were in contention for promotion to Serie A.

"If teams come up who are not worth a cent, in two or three years we won’t have a penny," he was quoted as saying by La Reppublica.

"If in three years we have Latina and Frosinone, who would buy those rights? They don’t even know where Frosinone is!"

Atalanta are essentially Agnelli's Frosinone: a symbol of the unpredicability of sport. With the 13th biggest budget in Serie A, the Bergamaschi have gatecrashed the Champions League party – and Agnelli is unimpressed.

Indeed, he does not believe that the team that finished third in Italy's top flight last season – above Inter and AC Milan – are worthy of a place at Europe's top table.

"Would Atalanta therefore have less chance of playing at a high level [in the Champions League]?" he mused. "I don’t have the answer to that. It’s just about setting up a transparent process to make this decision.

"There are teams who won the league or cup and achieve qualification just on the basis of their country’s ranking. The point is how we balance the contribution to European football and the performance of a single year."

Encouragingly, the backlash to Agnelli's comments was instantaneous. Even the Turin-based newspaper Tuttosport asked on its front page, "Agnelli, what are you talking about?"

His views were wholly unsurprising, though, entirely in keeping with everything he's said about the future of football over the past decade.

Of course, one could be forgiven for thinking that he is simply jealous of Atalanta. After all, Atalanta actually play good football – unlike the current Juventus.

There is a delicious irony in the fact that in trying to make the Champions League more attractive, Agnelli would be excluding the best team to watch in Italy. They are the top-scorers in Serie A and have already scored seven goals in a game on three separate occasions this season. 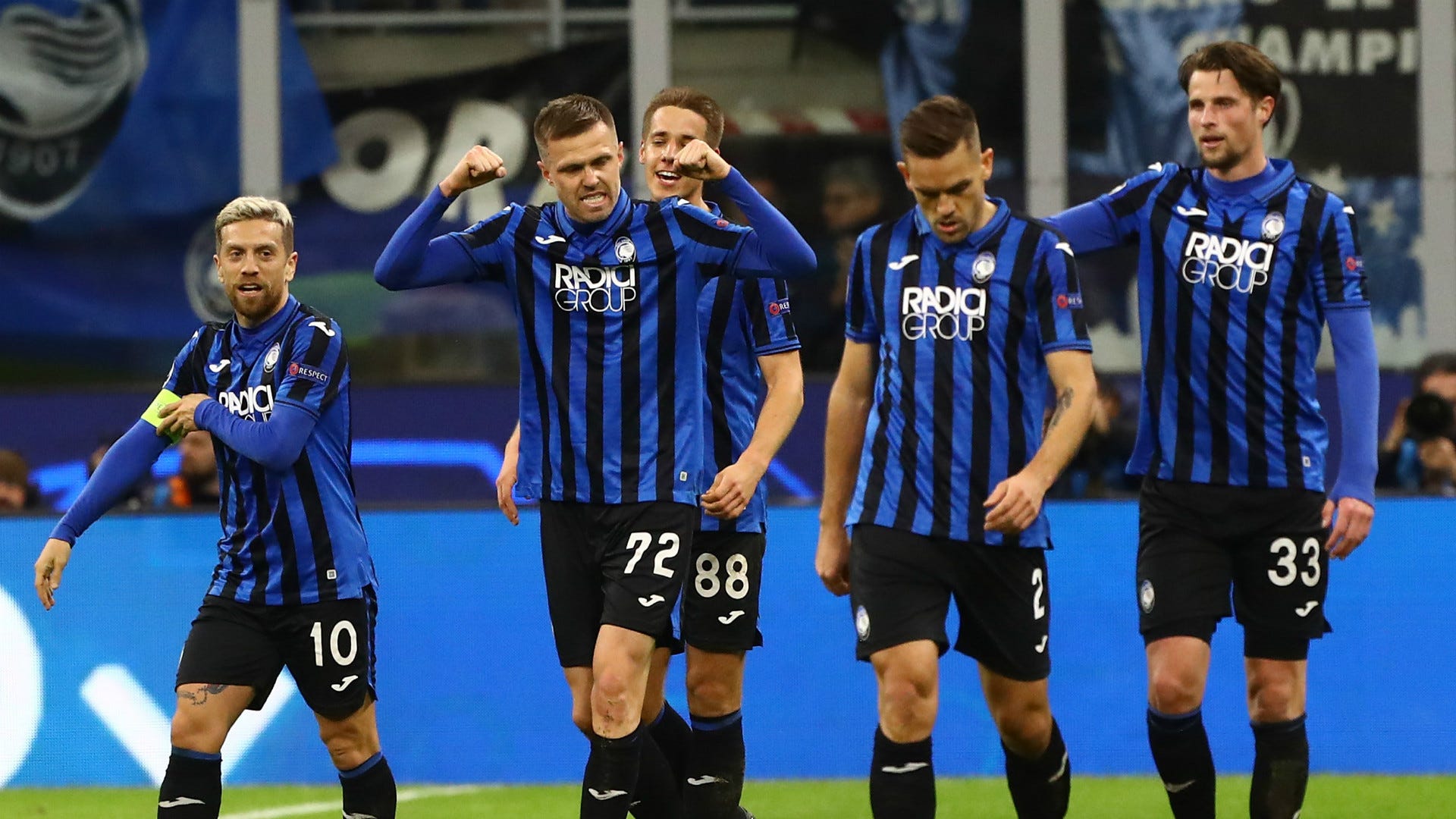 They are also making history in the Champions League. Agnelli has questioned if they have "less chance" of playing at a high level – yet Atalanta are on the verge of reaching the quarter-finals after emerging from a group containing Manchester City despite losing their first three games.

But all of that would be missing the point. This doesn't have anything to do with what happens on the field. It's not about football; it's about finance.

And as Torino president Urbano Cairo said last week, "If we leave the competitions for only some clubs, we eliminate the essence of sport." In truth, though, football began to do just that a long time ago.

Perhaps it all goes back to the very creation of the Champions League, when Europe's elite decided to reform the European Cup after Real Madrid were drawn against Napoli in the 1987-88 season.

The loss of the champions from one of Europe's biggest TV markets was too much to bear for the game's major stakeholders, so the wheels were set in motion to avoid such a thing ever happening again.

The Champions League was launched in 1992, bringing with it a group stage providing more games for the participants. Eventually, they also did away with one of the basic tenants of the original format – that only champions could qualify – thus making a mockery of the very title of the competition.

However, it mattered not to Europe's elite; they all wanted a slice of the pie. After all, Barcelona and Real Madrid couldn't both win the title in the same year – so the solution was to virtually ensure that both qualified by extending the amount of places available to the biggest leagues.

So, in that context, Agnelli's plan for a closed off, NFL-style European Super League, which guarantees the continent's top teams both inclusion and more games, is just the natural next step in the evolution of the Champions League.

Agnelli has tried to portray his suggested reforms as an attempt to increase unpredictability.

"If we think about the group stage of the Champions League, all of us can guess 15 out of 16 who will qualify for the last 16," he correctly pointed out.

"The first two teams in each group of the Champions League are probably written. We want to find more relevant games."

Yet he intends to do that by introducing a format which will ensure the same core group of super-clubs are present every single year.

Qualification for outsiders will only become harder and harder, meaning in Agnelli's vision of the future, even Leicester's title-winners in 2016 wouldn't be sure of inclusion on the back of "one great season".

So, enjoy watching a side like Atalanta in the Champions League while you can because Agnelli and his supporters will eventually reform the competition... and diminish the sport itself.