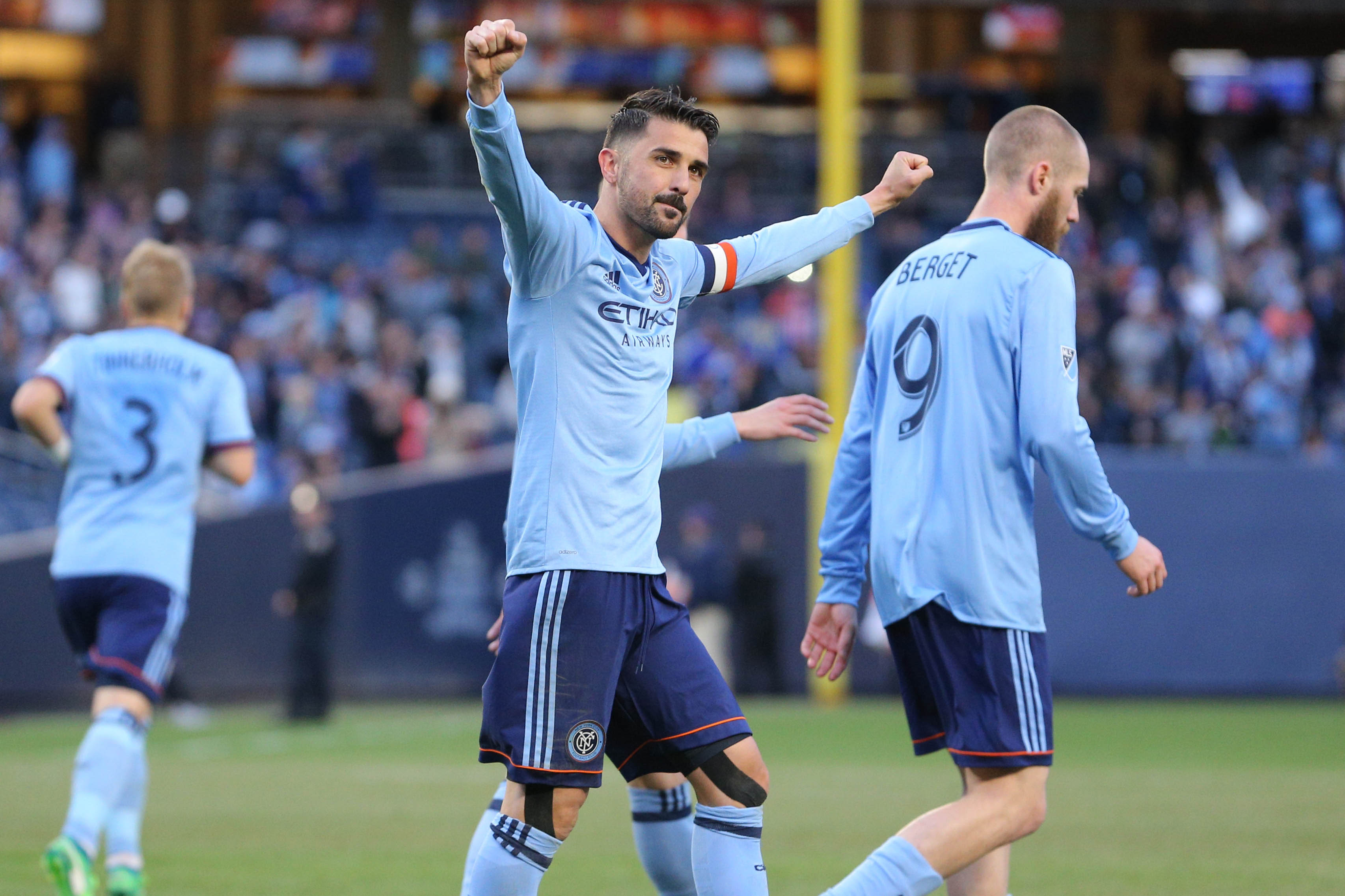 David Villa has reached 400 career goals for club and country after scoring a first-half penalty for New York City FC on Sunday.

The Spaniard netted in the 36th minute against FC Dallas at Yankee Stadium, reaching the milestone.

The goal was the 341st in Villa's club career, in addition to his total of 59 tallies for the Spanish national team – an all-time record for La Roja.

Villa began his professional career with Sporting Gijon, before moving on to Zaragoza, Valencia, Barcelona and Atletico Madrid.

In 2015, the Spain legend departed his native country for Major League Soccer, where he signed with expansion side NYCFC.

It didn't take long for Villa to get his 401st career strike, as he took advantage of a mix-up in the FCD back line to slot home midway through the second half.

Since his move to North America Villa has been prolific, scoring 67 league goals in 100 total appearances.

The 36-year-old's exploits led to him being named the 2016 MLS Most Valuable Player.