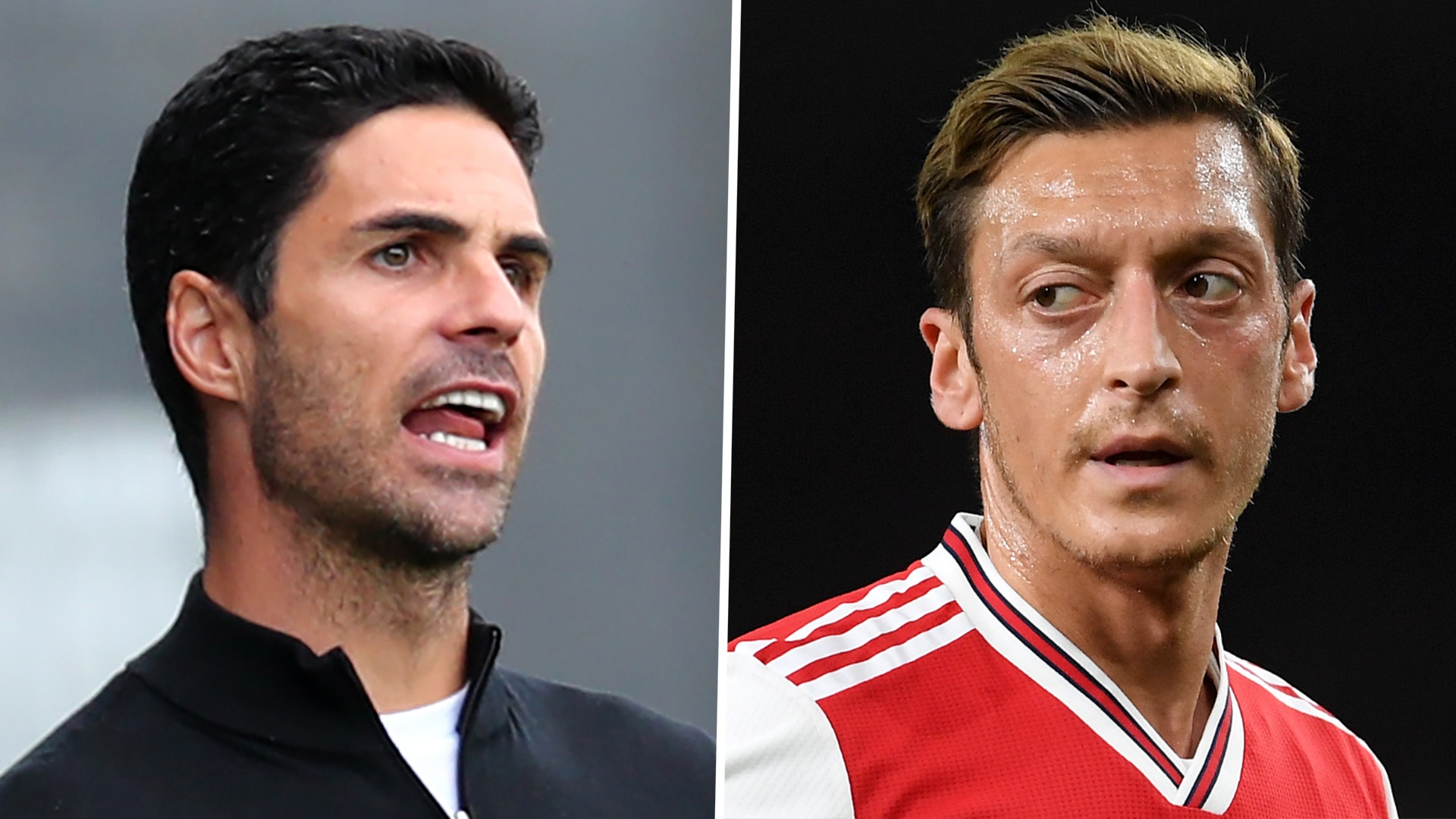 Mikel Arteta says his "conscience is calm" following his decision to omit Mesut Ozil from his 25-man squad for the Premier League, and the Arsenal boss insists the midfielder's continued absence from his plans has nothing to do with the German’s refusal to take a pay cut in the summer.

The Arsenal boss was responding to the statement Ozil issued on Wednesday where he questioned the club’s loyalty having been told he would not be registered to play in the Premier League for the first half of the season.

"Upon signing my new contract in 2018, I pledged my loyalty and allegiance to the club that I love, Arsenal, and it saddens me that this has not been reciprocated,” said Ozil. “As I have just found out, loyalty is hard to come by nowadays.”

Arteta was asked for his thoughts on the statement ahead of Thursday night’s Europa League opener against Rapid Vienna and reiterated his stance that his decision was purely down to footballing reasons.

“Everybody is free to express his feelings,” said the Arsenal boss. “What I can say from my side is it’s just a football decision, that my conscience is very calm because I’ve been really fair with him. My level of communication with him has been really high and we know what to expect with each other.

“He has had the opportunities like everybody else. I am sad that I had to leave three players out of this list, which is never pleasant, but I just have to say that I tried to look everybody in the eye and be comfortable with it.

“With Mesut I have this feeling because I have been very straightforward since I arrived at this club."

When he arrived at Arsenal in December to replace Unai Emery in December, Arteta seemingly looked set to build his team around Ozil.

His former team-mate went on to start all 11 of the Premier League games Arteta took charge of before the coronavirus pandemic saw football suspended in March.

He hasn’t featured in a single game since, with many believing that was down to his refusal to take a 12.5% pay cut - something the majority of the squad agreed to during lockdown to help the club through such a difficult financial climate. Arteta, however, is adamant that is not the case.

“Honestly I take full responsibility,” he said. “I have to be the one getting the best out of the players. It is my responsibility. It is nothing related to any behaviour or, like I read, the pay cuts. It’s not true. It’s my decision, if someone has to blame me.

“It will happen when we lose football matches - my responsibility. I have to make the decision to get the best possible squad out there to win football matches and competitions as often as we can. In order to do that I try to be fair with him or with any of the players in the squad and defend as much as possible the interests of the club.

“Obviously a player of that dimension, with the career he has had, everything that happens around him has a big impact. It has been the case for the last eight years, it is nothing new that is just happening now. A lot of things have happened over these eight years.

“My job is to get the best out of every player, to contribute to the team performance. Here I feel at the moment, today, that I have failed.

“I want the best possible Mesut for the team. And in some moments I was able to get close to that, and at the moment I have not been able to do it because I have to make the decision to leave him out of the squad.”