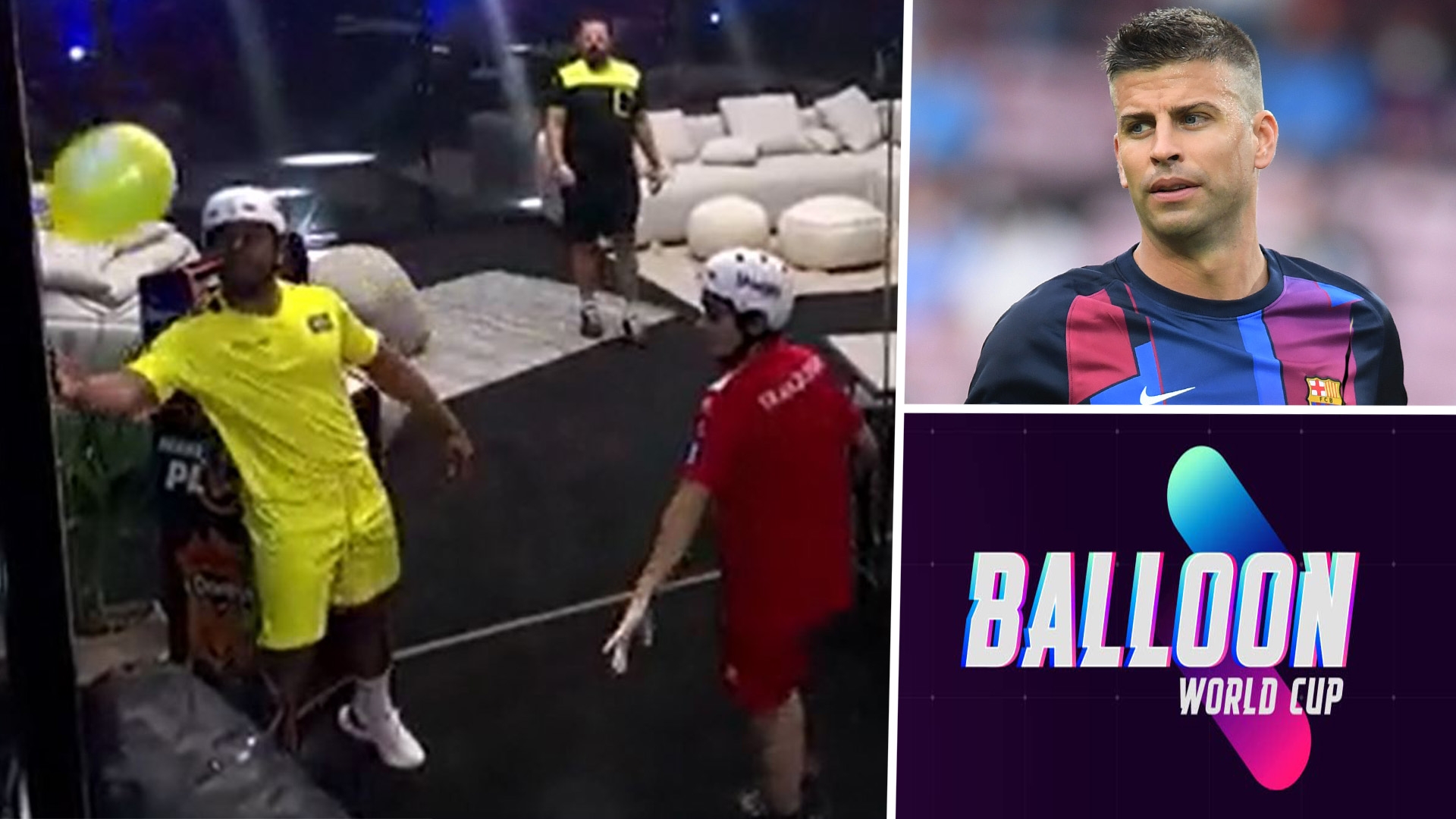 The veteran defender, who won football’s biggest prize with Spain in 2010, has continued to expand his business empire

Gerard Pique landed football’s biggest prize with Spain in 2010, but the Barcelona defender has now branched out as one of the organisers behind the inaugural Balloon World Cup.

The 34-year-old centre-half, who is regularly touted as a future president at Camp Nou, has already expanded his empire well beyond the soccer pitch – with fantasy games and transformation of the Davis Cup in tennis forming part of his ambitious business portfolio.

Pique, along with Twitch and YouTube celebrity Ibai Llanos, has now become involved in a competitive version of a popular children’s game that is as entertaining as it is baffling.

What is the Balloon World Cup?

As kids, the presence of a balloon in any given situation would inevitably lead to a bout of trying to stop it from hitting the floor.

And that is basically the concept behind the Balloon World Cup.

Competitors have to keep the balloon afloat at all times, while knocking it into positions that make it impossible for their rivals to prevent it from floating down to earth.

The inclusion of household objects in the competitive ballooning arena comes as no surprise, with millions across the globe playing a similar game in their own living rooms.

The addition of a car does raise a few eyebrows, but a parked vehicle does provide quite the obstacle!

The tournament was held for the first time on Thursday in Tarragona, Spain.

With Pique among the interested spectators, Francesco de la Cruz from Peru emerged victorious to become the sport’s first world champion – with Jan Spiess of Germany beaten 6-2 in the final.

The tournament was inspired by a series of videos that went viral on social media during the coronavirus-enforced lockdowns of 2020.

Antonio and Diego took part in the World Cup of 2021 and are delighted to have become sources of sporting inspiration.

"We played the game as kids, and then, during the start of quarantine for Covid, we wanted to play it again," Antonio said.

"We started arguing with each other over if it hit the ground or not, so we started taking videos in slow-mo to see if it did, and then finally it got to the point of let's post this video of us on Tik-Tok.

"When I woke up the next morning it was completely viral, like a million likes, and then after that we just decided to keep playing and played more and more until one of our rounds got the attention of Ibai and Pique."

Pique added on his new venture: "It's been amazing, it's something totally different. Sometimes you have to get out of your comfort zone and try new things.”