Barcelona have announced the signing of Andreas Christensen as a free agent, with the Danish defender cleared to make a move to Camp Nou after severing ties with Chelsea.

The 26-year-old centre-half had seen a switch to Catalunya speculated on from the moment it was revealed he would not be signing a new contract at Stamford Bridge.

A protracted saga, complicated by ongoing financial issues at Barca, has finally been brought to a close.

What is the length of Christensen’s contract at Barca?

With no transfer fee involved, Barcelona have been able to hand Christensen a lucrative four-year contract to the summer of 2026.

It is the same length of contract as signed by Franck Kessie, who was confirmed as a Barca player earlier the same day. Both men have €500 million release clauses, while Christensen's unveiling will take place on Thursday - the day after the midfielder signed from Milan.

Issues remain regarding the registration of new players, but the Blaugrana say they have enough space in their salary cap to get fresh faces on board and officially confirmed.

What will Christensen bring to Barcelona?

The Denmark international, who has 56 caps for his country to his name, will add useful experience to Barcelona’s back line.

With Gerard Pique approaching the end of his career, another season performer is ready to slot in alongside Ronald Araujo and Eric Garcia.

Christensen, who spent two seasons on loan at Bundesliga side Borussia Monchengladbach between 2015 and 2017, made 93 Premier League appearances during his time at Chelsea.

He also played in continental competition on a regular basis and arrives at Camp Nou with Champions League, Europa League, UEFA Super and FIFA Club World Cup winners’ medals under his belt.

Despite acquiring Ferran Torres and Pierre-Emerick Aubameyang to operate alongside Ansu Fati in attack during the winter transfer window, Barca remain in the market for attacking reinforcements.

Prolific Polish striker Robert Lewandowski is looking for a way out of Bayern Munich and would welcome an opportunity to test himself in La Liga at 33 years of age.

Brazil international winger Raphinha has also emerged as a top target for Barca, with the South American prepared to show patience at Leeds despite attracting rival interest from the likes of Arsenal and Chelsea.

Another player plying his trade in the Premier League that is said to figure prominently on Xavi’s wish list is Bernardo Silva, with the Portuguese playmaker having helped Manchester City to more title glory in 2021-22.

Chelsea pair Marcos Alonso and Cesar Azpilicueta also continue to generate plenty of gossip regarding interest from Barcelona and could end up following in Christensen’s footsteps.

If deals cannot be done there, Sevilla star Jules Kounde has been heavily linked and the Frenchman may yet make a move between domestic rivals.

With Christensen on board and Kessie already snapped up, with the promise of more additions to come, Barcelona will be hoping to force their way back into contention for the Liga title in 2022-23. 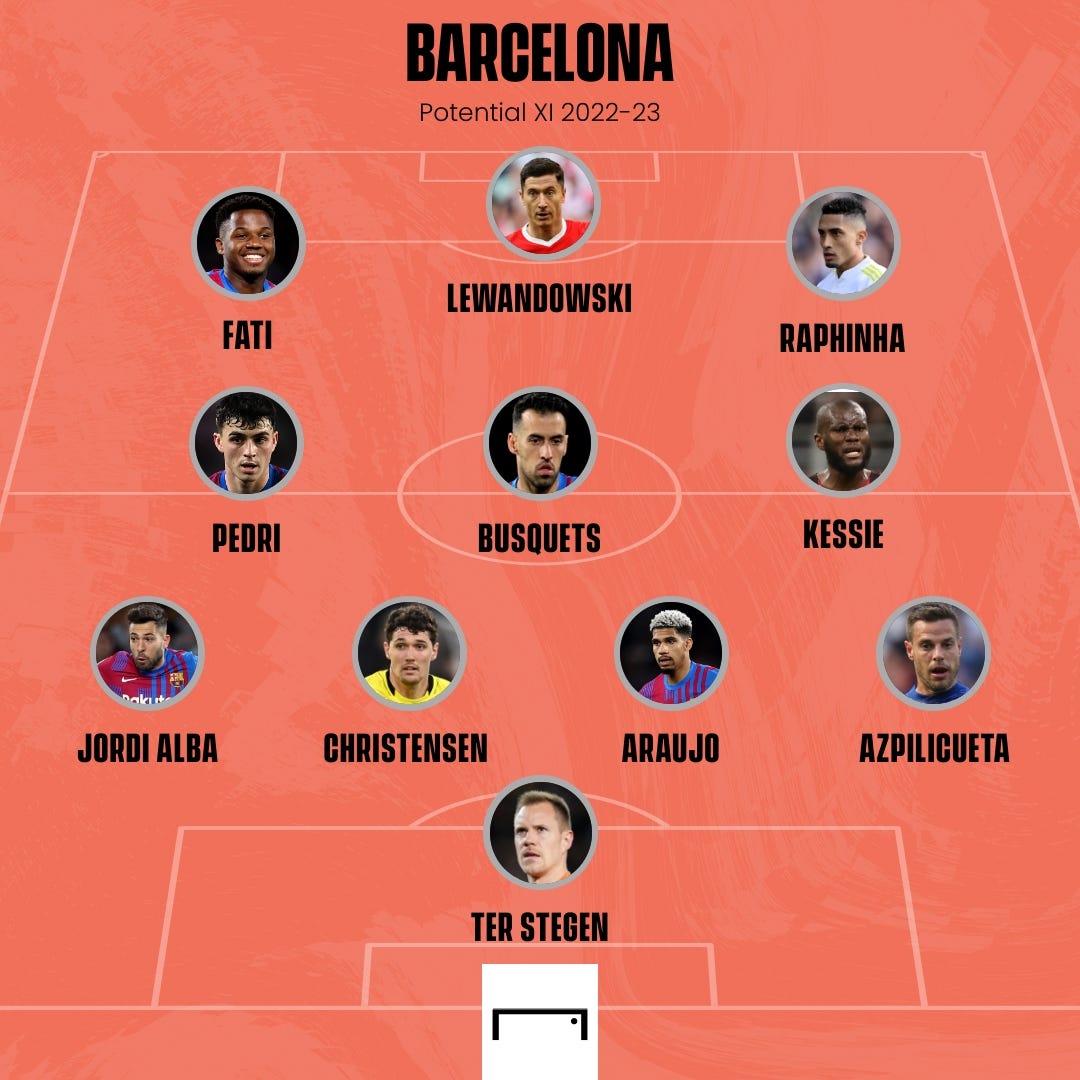