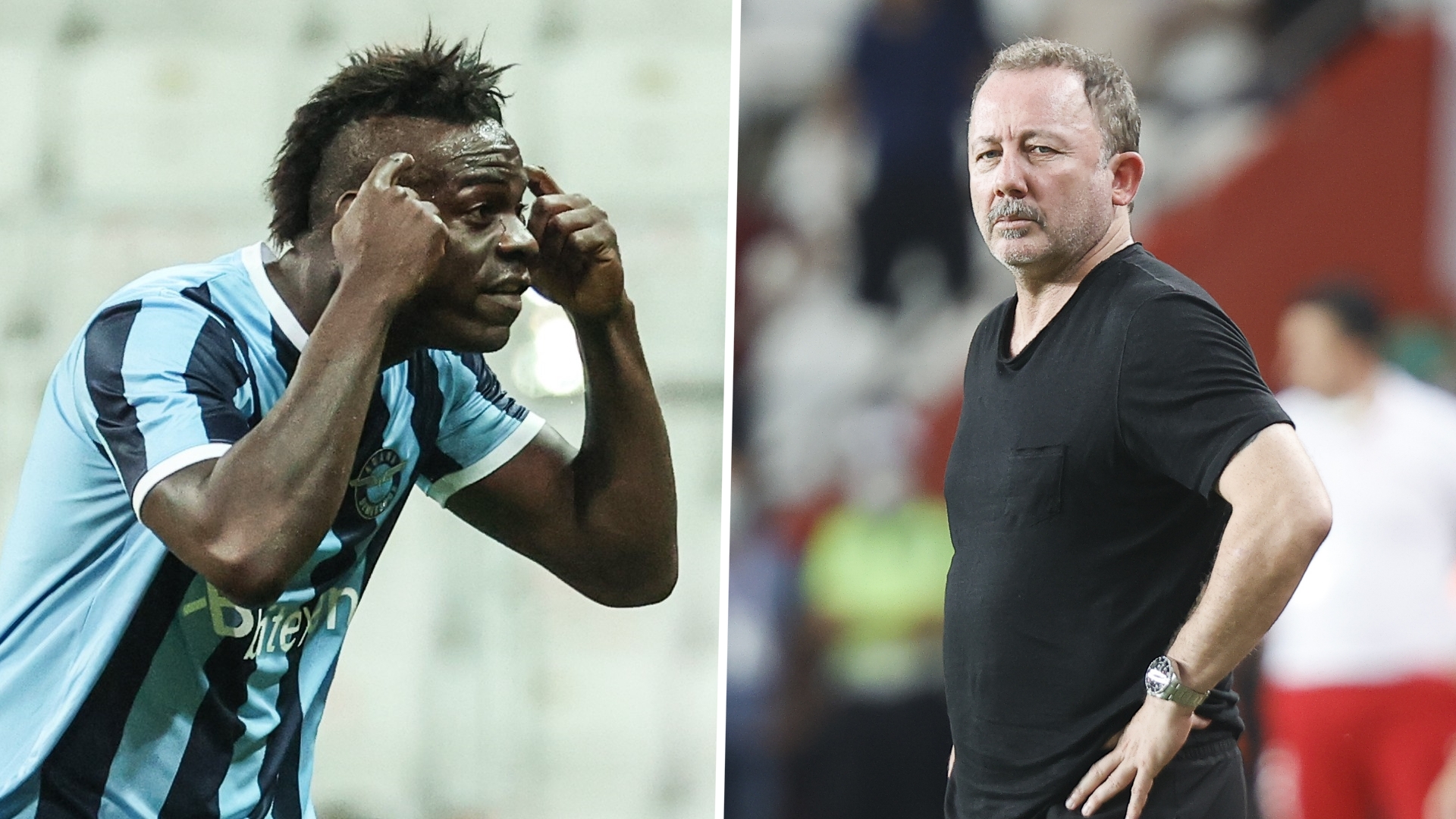 Balotelli ran toward Yalcin after his goal and pointed at his head, referencing Yalcin's comments in the past that the Italian "has no brain."

Balotelli's 79th-minute strike helped his side secure a 3-3 comeback draw against Besiktas.

Balotelli posted a video of the incident on Instagram, showing his strike from distance followed by his pointed celebration

After the game, Adana Demirspor president Murat Sancak said that both his own player and the Besiktas manager were in the wrong.

"I wish it didn't happen," Sancak said. "Both Sergen Yalcin's comments at first and then what Balotelli did were not right."

Yalcin himself also expressed his shock at Balotelli's gesture, saying it could be related to the striker's disappointment at not joining Besiktas.

"It is the first time that I've seen a player doing such a thing to a manager," he said. "I could not understand why he did that, maybe the reason is that he did not join Besiktas last year. That shows his personality."

Balotelli also posted on his Instagram story after the game, saying: "We have brain and especially we have balls and heart. Very big heart and we are proud of it."

What did Yalcin say to anger Balotelli?

While playing for Manchester City in a pre-season match against LA Galaxy in 2013, Balotelli infamously tried a backheel finish that went awry.

When Mario Balotelli did this against the Galaxy and was immediately substituted 😂 pic.twitter.com/I6q0OP1Z3q

That attempt infuriated City manager Roberto Mancini, who immediately took Balotelli out of the game.

Working as a pundit at the time, Yalcin said of the forward: "He has no brain, if I were in Mancini's shoes I would fire him!"