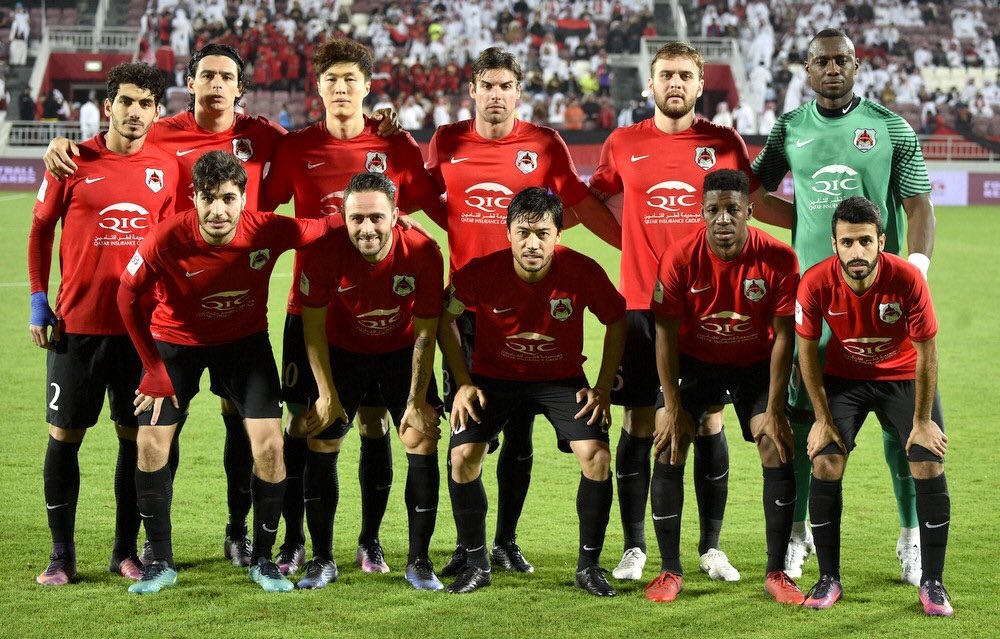 Matchday five action kicks off in Asia's premier club tournament on Monday with Groups C and D in action first up..

We're about to get into the business end of the Asian Football Confederation (AFC) Champions League 2017 group stages and matchday five gets started in the West Zone on Monday. Let's take a look at the exciting matchups that await us in this round.

Lokomotiv (UZB) v Al Taawoun (KSA): Uzbek side Lokomotiv Tashkent host Saudi Arabia's Al Taawoun on Tuesday, as they look to avoid elimination from the group on matchday five. Both teams are locked on four points each and are placed third and fourth on the table, three behind the group leaders.

A loss in this game is most likely to end their hopes of progressing from this group. In the first round of the group stages, Lokomotiv were beaten 1-0 by Al Taawoun and the Uzbeks will be keen to put that behind them and raise a claim for the top-two spots with a win. However, Al Taawoun will also have the same designs. It should be an interesting game.

Esteghlal (IRN) v Al Ahli (UAE): The top two in Group A face off on Tuesday as Iranian outfit Esteghlal and Al Ahli of the United Arab Emirates look to put one foot in the knockout stages of the AFC Champions League. Both teams are level on seven points from four games and a win this time around will see them almost qualify from the group.

Al Ahli have the edge over Esteghlal after they won the reverse fixture 2-1 in Dubai which also gives them a better head-to-head record over Esteghlal, which is why they are currently top of the group. However, Esteghlal have been in good form and will be hoping to negate the advantage Al Ahli enjoys. It should be worthy of a top-two tussle.

Last round's defeat to Lekhwiya must have hurt Esteghlal Khouzestan who have no choice but to bounce back with a win over Al Fateh. Moreover, in the reverse fixture, Al Fateh were downed by Esteghlal Khouzestan 1-0, memories of which will have to be banished by the Saudi Arabian team.

Al Jazira (UAE) v Lekhwiya (QAT): UAE-based Al Jazira only have pride to play for when they take host Group B leaders Lekhwiya SC on Tuesday. The Qatari side, however, can seal progression to the knockout stages with a win against the bottom-placed team.

Lekhwiya, who are unbeaten in the tournament, have eight points from four games - one more than second-placed Esteghlal Khouzestan and a win is all they need to ensure a top-two spot. Moreover, in the reverse tie, they had annihilated Al Jazira 3-0 and will be the favourites to seal progression on matchday five from Group B.

Bunyodkor (UZB) v Al Ahli (KSA): Saudi Arabian side Al Ahli will be eyeing a place in the knockout stages of the AFC Champions League when they travel to Uzbekistan to take on bottom-placed Bunyodkor in a Group C encounter on Monday. Al Ahli have eight points in their kitty so far and have led the group from matchday one onwards, when they downed Bunyodkor 2-0. They will be hoping to make that dominance count this time around.

Bunyodkor have suffered four losses on the trot and have already crashed out of the tournament and have just pride to play for. The Uzbek's side's domestic form has also been poor, which might mean this could be an easy game for Al Ahli.

Zob Ahan (IRN) v Al Ain (UAE): Zob Ahan and Al Ain are placed second and third in the group, separated by just the single point. That makes this matchday five clash in Isfahan between the two teams all the more feisty. Zob Ahan, in a rich of vein of form following back-to-back wins over Bunyodkor in the previous rounds, can reach the round of 16 with a win on the night while Al An need to win to gain the advantage before a crucial final matchday.

While Al Ain are still unbeaten in the tournament, they find themselves in a position where they have to win all three points. Moreover, Al Ahli have not been mpressive domestically as well whereas Zob Ahan are on a rich run of form.

Al Hilal (KSA) v Persepolis (IRN): Saudi Arabian team Al Hilal can secure a spot in the knockout stages when they host Iran's Persepolis on Monday in a Group D encounter. Al Hilal are three points ahead of Persepolis, who are third with five points from four games, which means a win is all they need to seal a top-two spot in the group.

The Saudi team have Nawaf Al Abid available after suspension for this game while Persepolis have been blighted by their inability to win since matchday two. But a win on Monday will set the cat among the pigeons as far as the group is concerned. On the downside, the recently crowned Iranian Pro-League champions will miss the services of suspended duo Jalal Hosseini and Soroush Rafieitelgary.

Al Wahda (UAE) v Al Rayyan (QAT): Abu Dhabi's Al Wahda FC are facing elimination when they take on Qatar's Al Rayyan SC on Monday. Only a win will do for the home side who have just one point to their cerdit from four games so far. A win for Al Rayyan, coupled with Persepolis failing to beat group leaders Al Hilal, would seal an historic round of 16 berth for Michael Laudrup's side.

As far as the team news goes, Mohammad Abdulbasit is suspended for the hosts but Sultan Al Ghafri returns after serving his ban, as does Abdulkareem Salem for the visitors. Al Rayyan should shake off their 3-2 defeat in the Arabian Gulf League early on and seal progression from this group.