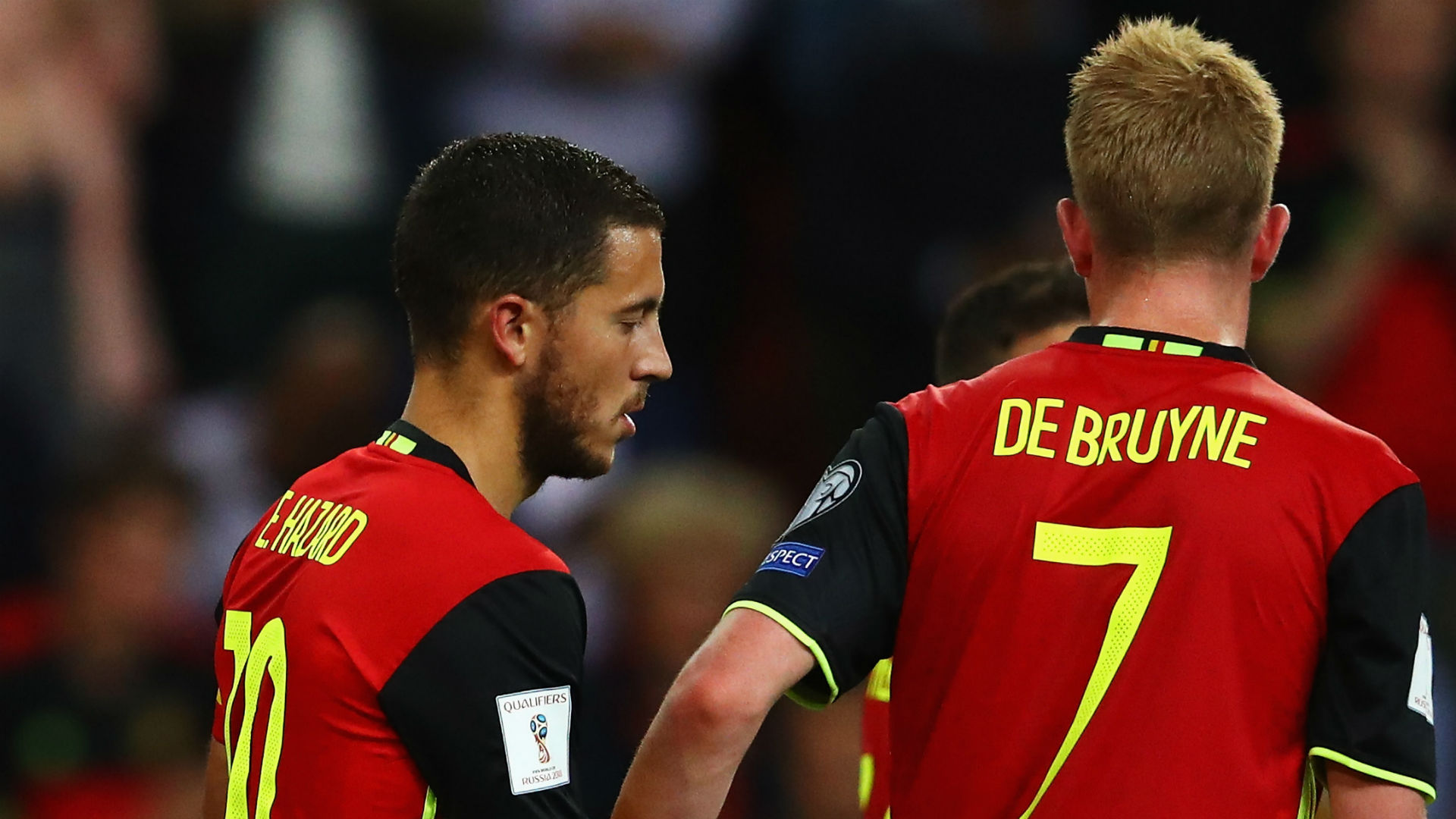 Roberto Martinez has renewed his Belgium contract and will coach the Red Devils for another two years at least. He will be in charge for the World Cup this summer and will also provide continuity through the upcoming UEFA Nations League and into the next cycle of qualifiers for Euro 2020.

Belgium’s golden generation are right at the peak of their powers and should be able to play somewhere close to their potential at this tournament and the next. Their ages are right and their form is good – both for the national team and their clubs.

Belgium’s great hopes for the Brazilian World Cup of 2014 were dashed by Argentina at the quarter-final stage but even up to that point, there was a lack of fluency in what should have been a more cohesive unit.

Similarly, they met their end at Euro 2016 against a Wales side that they should have swept aside. Gareth Bale apart, the Welsh did not have a player equal to their Belgian counterparts but a coherent tactical structure – allied to a genuine pride in the shirt – carried the day for the Dragons.

Marc Wilmots took plenty of criticism and fell on his sword for failing to get the best from his team on a consistent basis. There was lethargy and a sense in the stands that players this good ought to be scoring more goals and providing more entertainment.

Chief among Wilmots’ issues was a failure to get the best of both Eden Hazard and Kevin De Bruyne in the same team. Both are playmakers, both are deserving of their star status but national teams down throughout history have been plagued by this kind of problem: how to fit two extremely gifted schemers into the same line-up and also ensuring that they hit their marks.

That was something Martinez knew he would inherit from his predecessor. Back then – hard to believe it’s less than two years ago – De Bruyne was still somewhat unsure his best position for club and country.

He played for Wolfsburg and Manchester City at wide left, wide right and in the centre of a three-man support line behind the forward. And anyone sketching a Belgium XI would probably have put De Bruyne in one of those positions too.

Martinez, though, made a change that would not only benefit the national team – as the goals started to flow and excellent form was coaxed from both De Bruyne and Hazard – but would also help improve Manchester City into the bargain.

In a qualifier against Estonia in November 2016, Martinez opted to put De Bruyne in his now familiar position at the centre of midfield and ceded the more attacking slot to Hazard. The rationale was that De Bruyne had the technical ability, the awareness and the lungs to influence a game over long periods from the centre of the field.

Martinez discovered quickly that while the temptation in the early days existed to play De Bruyne and Hazard either side of a striker – or at least alongside each other in behind – it would benefit everyone most if they played in different lines of the attack.

Both were usually the main targets for passes from midfielders and given their characteristics, they were bound to end up competing for the same kind of balls. By moving one further back, Martinez solved that issue. It would be more productive for the team if one was feeding the other and De Bruyne got the nod at the deeper position.

Pep Guardiola admits that he began to play De Bruyne alongside David Silva in those twin ‘No. 8’ positions partly on the strength of his performance there for the national team. The night he first featured there they won 8-1. And it may have been ‘only’ Estonia but that’s where De Bruyne began to acquire the stature of a world-class centre-midfielder.

Hazard, meanwhile, was enduring a tough 2016-17 season up to around that point. Chelsea under Antonio Conte were struggling and had lost heavily 3-0 to Arsenal before the Italian tried something drastic. While the 3-4-3 he settled upon for the 2-0 win at Hull the following week has been interpreted as a way to improve the defending, it could be argued that it was that tactical switch which finally got the best out of Hazard.

It was something attempted by Martinez in his first competitive game in charge. He had watched his Belgium team get booed off in his first friendly – against Spain in Brussels – and endured a disappointing 2-0 defeat. He set them up in a 4-2-3-1 that night with Hazard wide on the left. It didn’t bear fruit.

By the time the Cyprus game rolled around, Martinez was ready for something new. In came a 3-4-2-1 which would give Belgium more control of the midfield but also freed up Hazard.

Playing him wide – in front of a wing-back – became a feature of Chelsea’s Premier League title-winning team. And it is in those positions that De Bruyne and Hazard are best deployed. There are still issues to solve of course with De Bruyne pointing out publicly that work still needs to be done.

Despite injuries to both at various intervals during the qualification period – indeed they missed the hard-fought 1-1 home draw against Greece – Belgium emerged from their group with nine wins out of 10 and were joint-top scorers in Europe alongside World Cup holders Germany. Romelu Lukaku weighed in with 11 goals and Hazard got six of his own.

Belgium managed to tap into their attacking weaponry and look a good bet for progress beyond the quarter-finals in Russia. For that, they can thank primarily the outstanding crop of talents but they can also acknowledge the astute analytical eye of their coach.