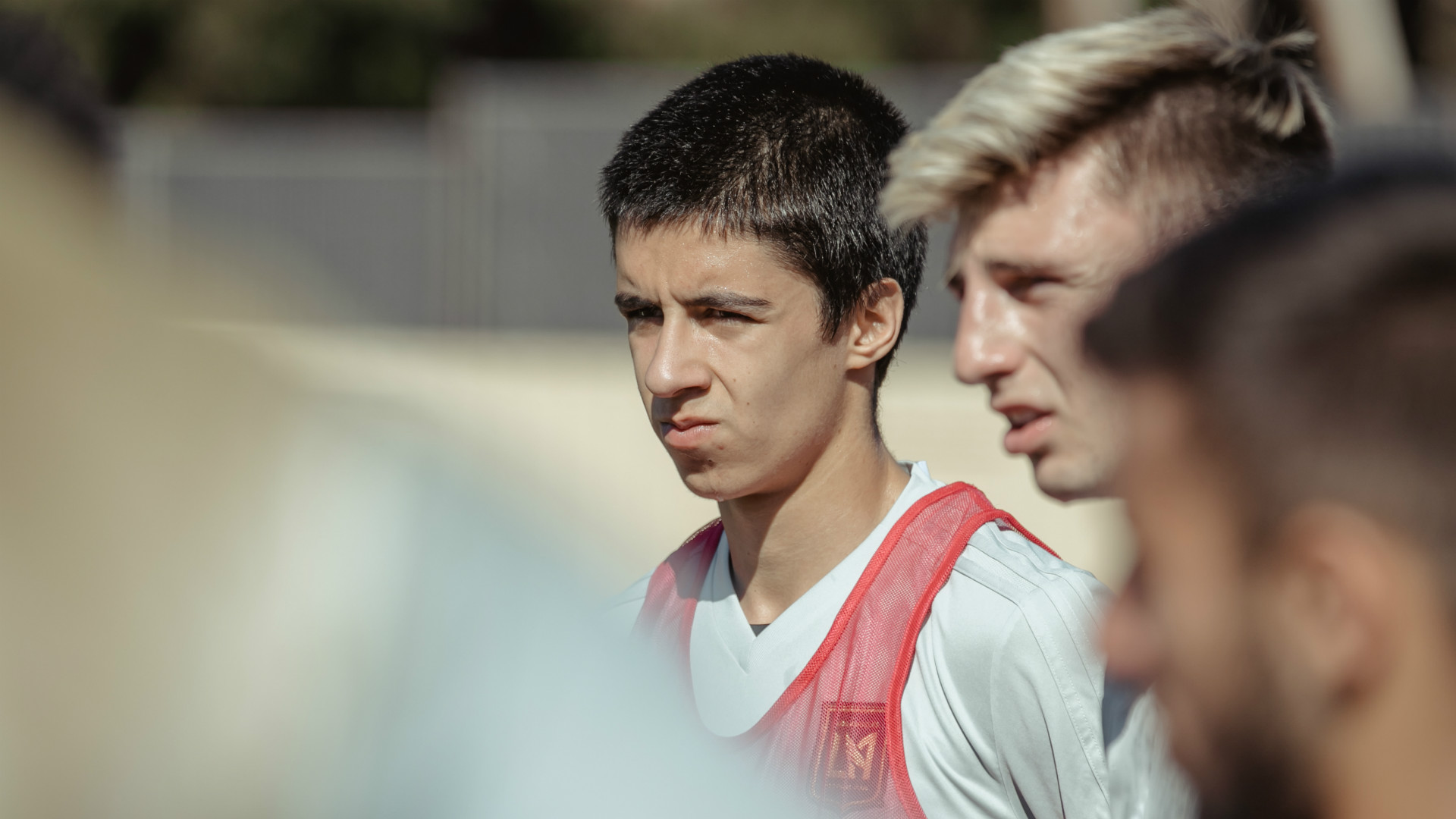 The first overall pick in the 2018 MLS draft has taken hold of a starting role with LAFC, and could be the top rookie in the league this season.

If everything goes to plan, Joao Moutinho will walk out into a packed CenturyLink Field on Sunday, and stare up at a sea of green-clad Seattle Sounders fans. In that moment he will realize a dream, and It will feel very much like the dream he envisioned so many times growing up in Lisbon as a fan of Sporting, the same green-clad team that produced Cristiano Ronaldo.

That club also produced a young Portuguese left back who took an unlikely detour through Akron, Ohio, and now Los Angeles, to make that dream a reality.

The first player chosen in the 2018 MLS SuperDraft, Moutinho flashed his considerable talent at the MLS combine in January, but the consensus sentiment back then was that the 20-year-old fullback would need some time to adapt to the pro level, and probably wouldn't play much as a rookie.

Moutinho hasn't needed nearly as long as many would have thought. A strong preseason, coupled with the fact he plays for a coach in Bob Bradley who has a lengthy track record of giving young players opportunities, has set up Moutinho as one of the select few MLS rookies — if not the only rookie — preparing to begin the 2018 season as a starter.

Moutinho's pro debut is slated for Sunday in Seattle, where none other than star midfielder Nicolas Lodeiro is waiting to welcome him to MLS. It is a baptism by fire, to be sure, but Moutinho has shown in preseason that he's ready for the opportunity.

"It was an easy transition [to the pro level] I'd say, because the vets have been helping me a lot," Moutinho told Goal. "I think the team is getting along nicely, and I think the team is very cohesive now and we're ready for our first game."

Moutinho has won over his new coach and teammates with his skill and maturity – traits he displayed throughout the team's preseason, including last weekend's 1-0 exhibition win against Sacramento Republic when he scored the winning goal.

"He's a footballer. He comes every day with confidence and ideas in different situations of what makes sense," Bradley told Goal. "He listens and sees things he needs to improve upon. If he does make a mistake it doesn't get in the way of him still enjoying the part of trying to make the plays that good players make. That's great to see in a young player."

"You can tell he loves playing," Bradley continued. "That's an important part of it. He loves football. He comes with confidence, and he brings his personality and brings something to training."

"You can just see how technical a player he is," LAFC defender Walker Zimmerman told Goal. "Whether it's in 5v2s or juggling circles, you can just see the comfort he has on the ball, and his touch is great. Any time you have a good touch and good technique, you're going to be able to make things happen on the field.

"Certainly, this preseason as he's adjusting to MLS level, and a couple of different things tactically, he's able to do well because of his great technique."

It might not sound like all that unique a scenario — top pick starting for an expansion team — but that doesn't take into account the road Moutinho took in just the past year to get to this point.

Moutinho left Sporting's academy last year, having reached the point that so many prospects reach: where they realize they will have to go elsewhere to keep pursuing their pro soccer dreams, or give up the dream altogether.

He could have either chased that dream and bounced around Portugal or elsewhere in Europe in search of a contract that may never come, or go to college and embark on a new career choice.

Moutinho seized on a compromise. American colleges have increasingly tapped into the European market in search of talented prospects who have left academies and seen their professional aspirations halted.

Orlando City forward Dom Dwyer has become the poster boy for this trend, having washed out of English academies, rebounded in the American college system, and flourished in MLS before signing a seven-figure contract.

Moutinho wasn't thinking quite that far ahead, but he jumped at the opportunity presented by Akron, even though he had never even been to Ohio.

"I knew that America was the land of opportunity and coming here was going to be good for me," Moutinho said. "I definitely wanted to go pro some day, but I know it's a risk. It's always better to have a plan B if a soccer career doesn't work out. I needed to make a change and Akron gave me that chance."

The Lisbon native didn't know much about the American college soccer landscape, but it didn't take him long to figure out he had made a good decision.

"After a few games I noticed that the teams didn't really try to play the ball on the ground," Moutinho said. "They would kick it up there and try to get it by strength. So I was really happy that I went to Akron, because that's not the way we play. We tried to pass it around, tried to get to the final third with combinations. I definitely went to the right school."

Moutinho helped guide Akron to the NCAA College Cup semifinals, boosting his stock to the point where a good showing at the MLS combine would all but assure him of being the first player chosen in the draft. The 20-year-old was then outstanding at the combine, making it an easy decision for LAFC to make him the first draft pick in team history.

"If you take his foundation at Sporting Lisbon, and the one year he had at Akron, he's got a very good idea now in terms of what he's all about as a player," Bradley said. "Our job now is just to find the right ways to help him and challenge him."

First pick in the SuperDraft. First goal for #LAFC

Moutinho met the first challenge of earning a starting spot, and now he must show that it's a job he can keep. MLS has grown increasingly difficult for rookies to thrive in, but Moutinho has shown the kind of poise that suggests he is up for the challenge.

"The thing with rookies is you never really know until you get to the summer and they've gotten a run of games under their belt," Zimmerman said. "Because it's a whole other beast when you're playing real games, and playing for points, and getting into a rhythm of playing week in and week out. He's certainly done well in preseason and I think he's a great addition to our back line."

Moutinho is jumping into the MLS experience in the deep end, with the Sounders presenting serious challenges for LAFC and the rookie. It is a good bet that the Sounders will look to target Moutinho, and the more than 40,000 fans in attendance will be ready to shower him with jeers as he tries to stop the ever-dangerous Lodeiro.

The thought of such a daunting first pro game would be enough to leave any young player shaking in their cleats, but Moutinho insists he is ready for the challenge. That shouldn't come as a surprise though, seeing as how it is this same scenario he has dreamed of, and worked for, since his earliest days in Lisbon.

"On the pitch it's 11v11, so it's going to be the same thing I've been doing for years," Moutinho said. "This is what I've always wanted so I can't wait to play there."