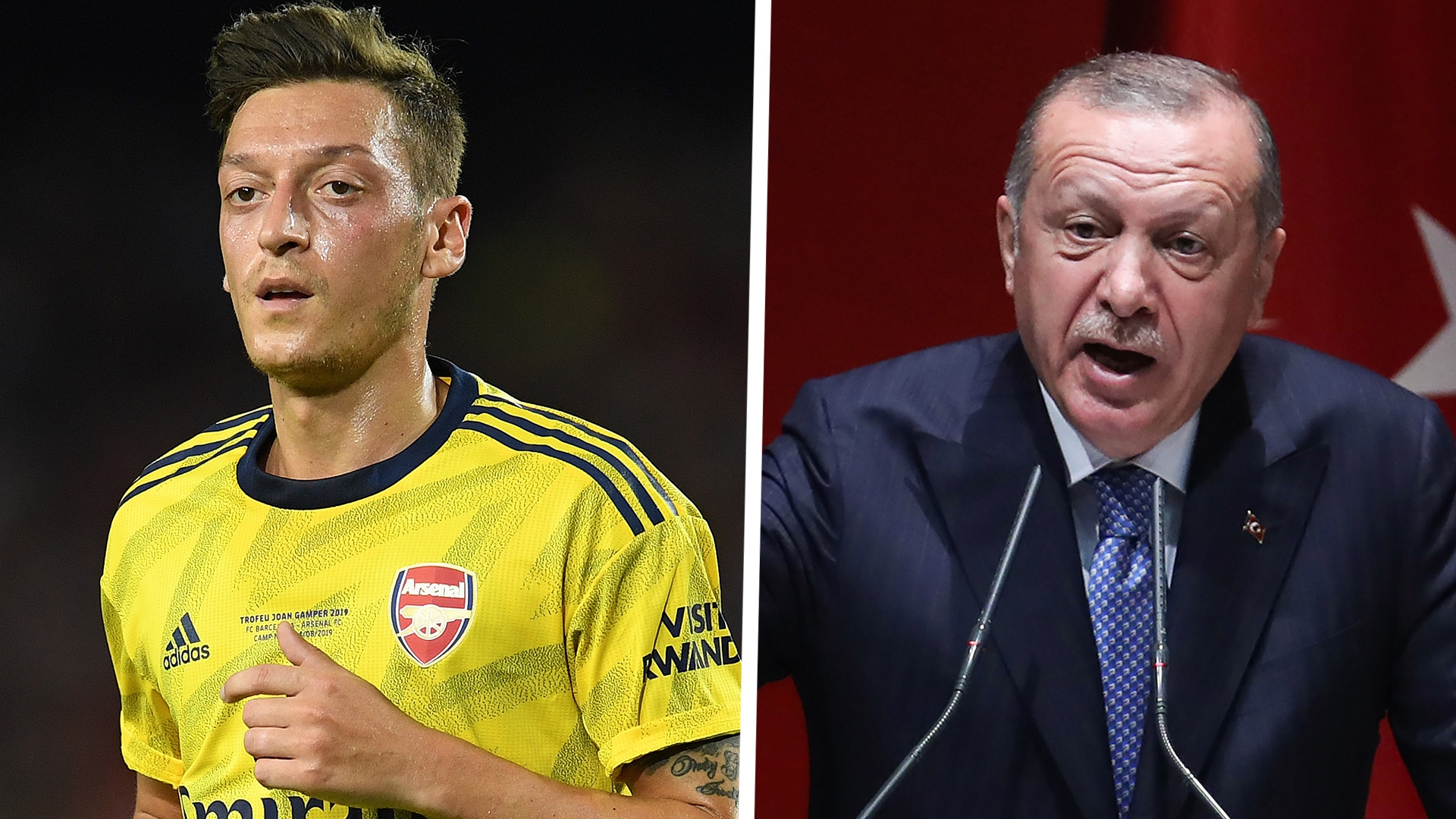 Football is an attractive realm for politicians to wander around due to the prestige associated with elite-level athletic achievement, so it's not unsual to see stars rubbing shoulders with global leaders from time to time.

Arsenal playmaker Mesut Ozil has found a friend in the form of Turkish president Recep Tayyip Erdogan, but it is an unlikely alliance which is viewed as problematic by some and it has prompted much debate.

Indeed, furore over Ozil's link with Erdogan played a massive part the World Cup winner's explosive decision to retire from international duty with Germany in 2018 and criticism lingers unhelpfully over his head.

So who is Erdogan and how does Ozil know him? Goal brings you everything you need to know.

Recep Tayyip Erdogan is the 12th President of Turkey, who was elected in August 2014.

Prior to becoming President, Erdogan served as Turkey's Prime Minister from March 2003 and before that he was the Mayor of Istanbul from 1994 until 1998.

The leader of the Justice and Development Party (AK Parti), Erdogan has a sporting background and played professionally for his local team Kasimpasa, whose stadium now bears his name.

Ozil's friendship with President Erdogan stretches back to 2010, which is when the pair first met.

On that occasion, in Berlin, Erdogan - then Prime Minister of Turkey - was a guest at a World Cup qualification match between Turkey and Germany, which he watched alongside German Chancellor Angela Merkel.

Germany won 3-0 and, interestingly, Ozil, who scored his team's second goal, was booed during the game by sections of the Turkish support.

His goal celebration was notably sedate and he later revealed that the reason was a desire to show respect for his ancestral homeland, being a third-generation Turk.

The midfielder, who was then 21 years old, explained: "Of course I was really happy. It was fantastic for me to score in this match. But I made the spontaneous decision not to overdo the celebrations."

Since that first encounter in 2010, Ozil says that he has crossed paths with Erdogan on a number of occasions all over the world.

However, a meeting in the run-up to the 2018 World Cup caused widespread controversy and prompted serious criticism from officials at the German football association (DFB).

Ozil, along with Manchester City midfielder Ilkay Gundogan and then-Everton striker Cenk Tosun, met with Erdogan in London and posed for photos, which were then circulated on social media.

Despite the barrage of criticism that followed, their friendship appears to have strengthened since, with Ozil inviting Erdogan to his wedding and the politician even serving as his best man at the ceremony.

Athletes in all sports regularly meet and spend time with heads of states, so why is Ozil's seemingly close relationship with Erdogan deemed unacceptable by some?

The short answer is that Erdogan's policies during the course of his political career have been highly controversial and diplomatic relations with a number of countries - including Ozil's native Germany - have been fraught.

In 2011, for example, he was rebuked by German politicians for criticising the central European country's immigration policies and stating that the children of Turkish immigrants born in Germany should learn Turkish before they learn German.

Furthermore, human rights campaigners have been critical of Erdogan's government over the alleged systematic arrests of journalists, civil rights activists and political opponents.

Indeed, Erdogan's government has shown a willingness to crack down on telecommunications, for example. In 2014, popular social media websites YouTube and Twitter were blocked amid a severe political crisis, while Wikipedia has been banned in the country since 2017.

Former DFB President Reinhard Grindel was particularly opposed to Ozil's decision (and that of Gundogan) to pose with Erdogan in 2018, expressing disappointment that the player had allowed himself to be used in what he described as an "election campaign stunt".

"The DFB of course respects the special situation for our players with migrant backgrounds, but football and the DFB stands for values that Mr Erdogan does not sufficiently respect," said Grindel.

"Therefore, it is not a good thing that our internationals have let themselves be misused for his election campaign stunt. It certainly hasn't helped the DFB's integration efforts."

Turkey's president Erdogan has nothing but love for Mesut Ozil!

The Arsenal star has argued that his friendship with Erdogan is "not about politics or elections". Rather, he claims that it is based on respect for the office held by the politician.

"My job is a footballer and not a politician, and our meeting was not an endorsement of any policies," Ozil said in July 2018, adding: "Whether it had been the Turkish or the German President, my actions would've been no different."

Ozil has also suggested that he has been the victim of scapegoating, accusing Grindel and his supporters of being intolerant and more interested in espousing their own political views.