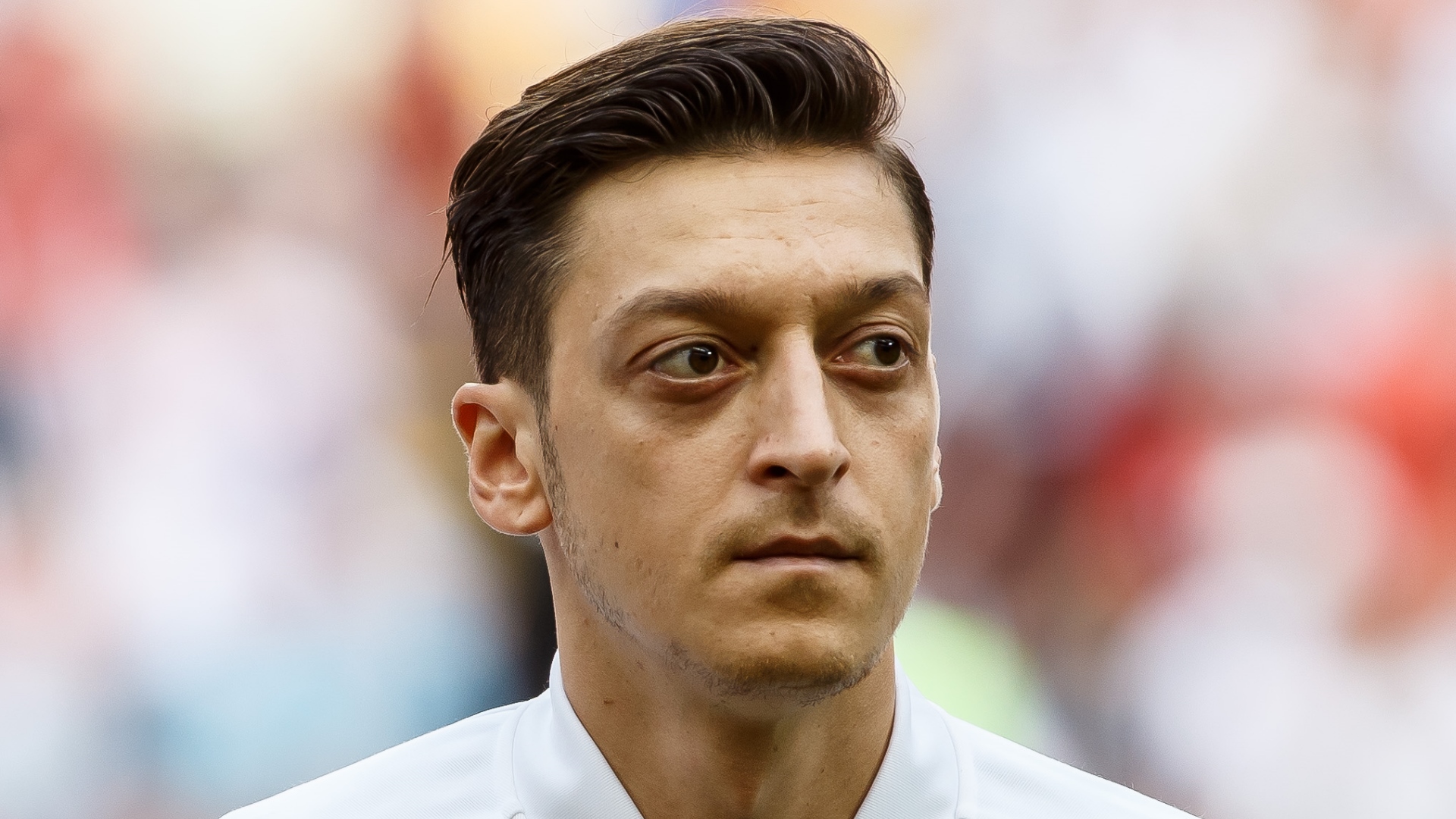 Mesut Ozil has released a statement explaining his meeting with controversial Turkish president Recep Tayyip Erdogan, insisting that there was no political motive involved.

Both Ozil and fellow Germany international Ilkay Gundogan – both of whom have Turkish roots - were pictured with Erdogan during a meeting in London, leading to outcry from pundits and the media.

Indeed, a number of high profile names including Oliver Bierhoff and Ottmar Hitzfeld suggested that the pair should not have been allowed to represent Die Mannschaft at the World Cup due to their actions.

Gundogan has since come out to say that he had no political agenda in mind when he met with the president, with Ozil now echoing those sentiments, stating that he was merely respecting the political office of the country of his ancestors.

“The past couple of weeks have given me time to reflect, and time to think over the events of the last few months," he wrote. "Consequently, I want to share my thoughts and feelings about what has happened.

“Like many people, my ancestry traces back to more than one country. Whilst I grew up in Germany, my family background has its roots firmly based in Turkey. I have two hears, one German and one Turkish.

“During my childhood, my mother taught me always to be respectful and to never forget where I came from, and these are still values that I think about to this day.

“In may, I met President Erdogan in London, during a charitable and educational event. We first met in 2010 after he and Angela Merkel watched the Germany vs Turkey match together in Berlin.

“Since then, out paths have crossed a lot of times around the globe. I'm aware that the picture of us caused a huge response in the German media, and whilst some people may accuse me of lying or being deceitful, the picture we took had no political intentions.

“As I said, my mother has never let me lose sight of my ancestry, heritage and family traditions.

“For me, having a picture with President Erdogan wasn't about politics or elections, it was about me respecting the highest office of my family's country. My job is a football player and not a politician, and out meeting was not an endorsement of any policies.

The past couple of weeks have given me time to reflect, and time to think over the events of the last few months. Consequently, I want to share my thoughts and feelings about what has happened. pic.twitter.com/WpWrlHxx74

“In fact, we spoke about the same topic that we do every time we have met – football – as he too was a player in his youth.

“Although the German media have portrayed something different, the truth is that not meeting with the President would have been disrespecting the roots of my ancestors, who I know would be proud of where I am today.

“For me, it didn't matter who was President, it mattered that it was the President. Having respect for political office is a view I'm sure both the Queen and Prime Minister Theresa May share when they too hosted Erdogan in London.

“Whether it had been the Turkish or German president, my actions would've been no different.

“I get that this might be hard to understand, as in most cultures the political leader cannot be thought of as being separate from the person. But in this case, it is different.

“Whatever the outcome would've been in the previous election, or the election before that, I would have still taken the picture.”

Ozil has since released the second instalment of a three-part statement, in which he blasts the German media and disloyal sponsors.