A lot of fans have been confused by the Spurs star's celebration, but our tutorial should help you learn how to it and impress your mates

It's the celebration everyone is doing - or at least trying to do! Dele Alli has gotten football fans in Britain and all over the world contorting their fingers and hands to try to replicate his new celebration, in a viral craze known as the Dele Alli Challenge.

Spurs and England attacker Alli introduced the world to his new celebration on the opening weekend of the 2018-19 Premier League season, making the gesture with his hand after finding the net against Newcastle.

Since then, footballers and supporters have attempted to reproduce the celebration, with many frustrated fans poking themselves in the eye as they try to figure out the complexities behind what looks like a simple trick.

Want to impress your mates by pulling off a perfect Dele Alli Challenge manoeuvre? Follow our tips and tricks below!

How to do the Dele Alli challenge

The best way to learn how to do the Dele Alli Challenge is to look at other people doing it and see how they position their hands. If you search on Twitter or Instagram, you'll find photos and videos of celebrities attempting to do it - not just footballers, but other personalities such as pop singer Olly Murs, Soccer AM's Smithy and Sky Sports' Michelle Owen.

But whatever you do, don't try to replicate Manchester United midfielder Fred, who clearly has no idea what he's doing despite most of his Red Devils team-mates easily figuring out the trick.

Fred trying to do the #delechallenge has made my day 😂😂 pic.twitter.com/OyE3h5JoMt

Start off by making the 'OK' symbol with your thumb and index finger creating an 'O' and the remainder of your fingers pointing upwards.

Move the 'O' part by folding your three fingers, putting your index finger and thumb at the top - so that the 'O' has slid to the other side.

Flip over your hand and place against your eye and forehead. If you've done it correctly, you've completed the Dele Alli Challenge.

The only thing to do now is take a photo or video and put it on your social media accounts with the hashtag #DeleChallenge!

What is the new Dele Alli challenge? 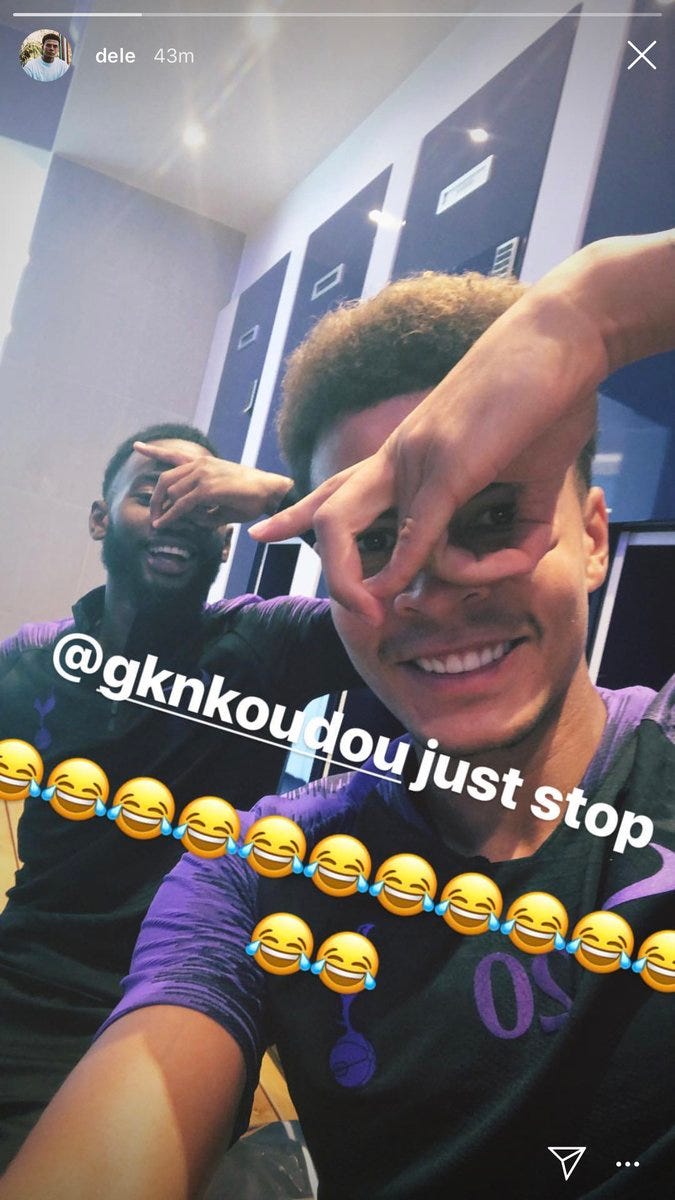 Not content with making us all contort our fingers and hands with the original celebration, Alli has taken things a step further by bringing a new challenge to the masses.

Started by Twitter user Lexi Ceballos, the new finger movement is much more difficult than the original and is done via either wizardry or having really flexible fingers. It involves making two circles to create a pair of glasses with your hand.

Alli recreated the trick on his Snapchat account, but Spurs team-mate Georges-Kevin N'Koudou struggled to get close to making the right shape with his hands.

Tottenham travel to Manchester United on Monday, where Alli could show the world his new trick if he can score at Old Trafford.