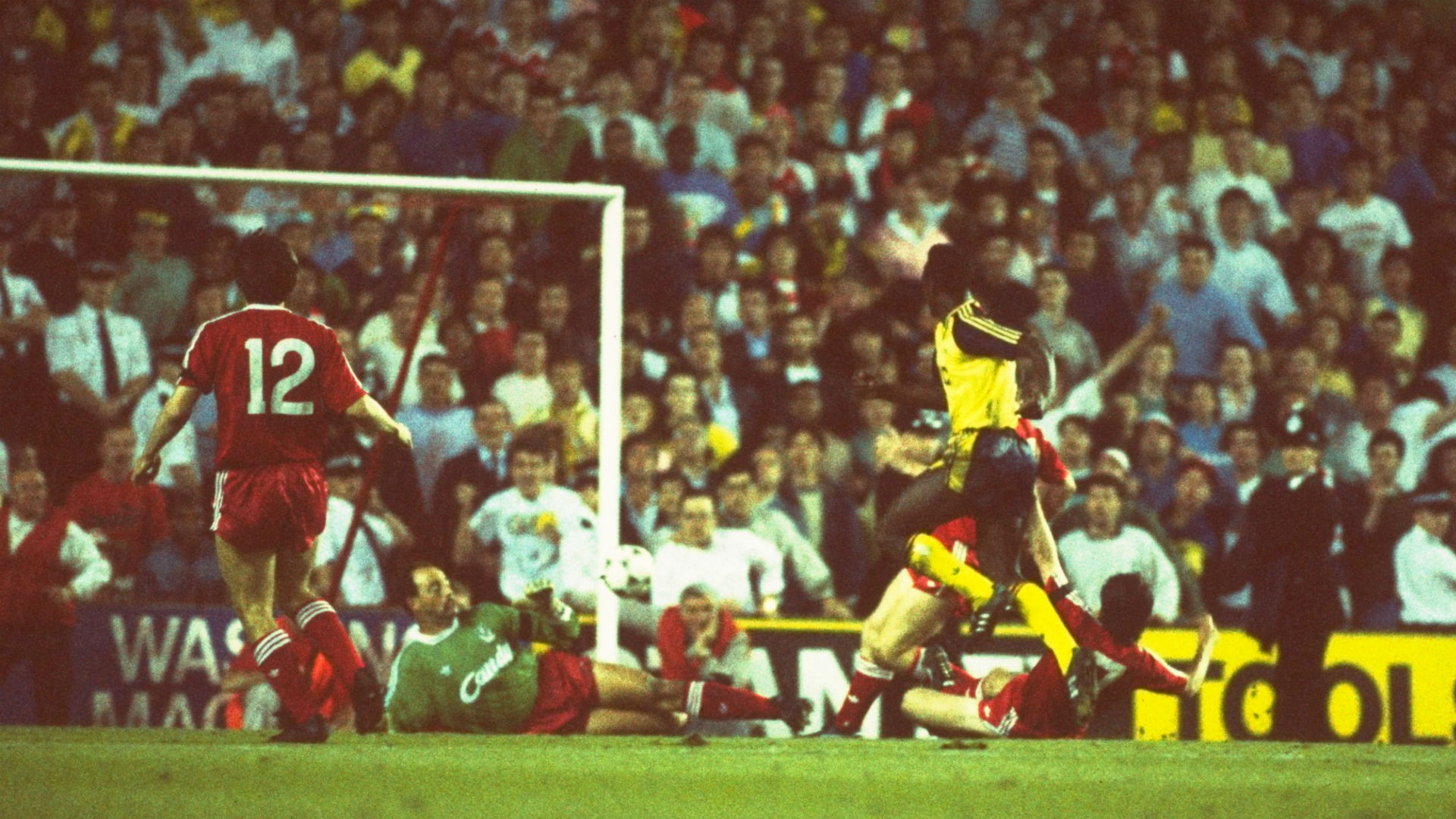 Arsenal’s 2-0 victory over Liverpool at Anfield on the final day of the 1988-89 season remains the most celebrated game in English football history. Michael Thomas’s 91st-minute goal will never be topped for drama. The set-up was one in a million, the execution perfectly timed.

It would also prove to be a significant moment in the transformation of the English game, not only toppling a Liverpool side that dominated through the 1970s and 1980s but reimagining the sport as televisual entertainment.

A stand-alone title decider played on a Friday night and beamed into millions of homes, it focused minds on the concept of sport as mass entertainment – and on the concept of a breakaway league. At the end of a dark decade for the sport, we desperately needed Thomas’s magical moment.

However, there is another event some 41 days earlier that is both inextricably linked to that Liverpool-Arsenal match and that had just as large a role in reshaping football for the next 30 years.

The unlawful killing of 96 people at Hillsborough on April 15, 1989 was a devastating tragedy still deeply felt in Liverpool today. The implications of the disaster, coupled with events at Anfield seven weeks later, changed football forever, shifting it away from a trajectory that would have made the sport a modern irrelevance.

By the late 1980s, football was a symbol of how Thatcherism had transformed British society. Demonized and neglected, football had been left to decay, its hooliganism problem spiralling out of control as Thatcher’s government looked upon the working-class pastime in the same way they did the miners; an inconvenience, a problem.

Football was “a slum sport played in slum stadiums and increasingly watched by slum people,” according to an editorial in the Sunday Times in 1985.

The socio-political climate of the decade cannot be disentangled from the disrepair of the stadia or from the dramatic escalation of hooliganism, as mass disenfranchisement led to increased safety fears within football grounds that had become toxic environments.

As FA chief Ted Croker told Thatcher in 1985, in a crisis meeting held shortly after high-profile cases had mimicked riots across the country outside of stadia: “These people are society’s problems – we don’t want your hooligans in our sport, Prime Minister.”

Numerous high-profile incidents occurred before the watershed moment at Hillsborough.

In 1985, a fire broke out at Bradford City’s Valley Parade, killing 56 people, and in the same year 39 Juventus fans were killed when Liverpool fans rioted at the European Cup final in Brussels. In both instances, stadium decay and police focus on preventing violence, rather than safety, were partly to blame.

“The whole agenda was dominated by the hooliganism problem, that informed people's reactions, it informed the authorities' reactions to everything,” Malcolm Clarke, chairman of the Football Supporters' Federation, told Sky News in 2016. “And that means that other basic things like safety precautions and treating people properly at football were overlooked.”

Football reached its nadir in 1989, when 96 people lost their lives in the Hillsborough Disaster, an entirely avoidable tragedy caused by the gross negligence of the police and the relevant authorities – but blamed on the Liverpool supporters.

The disaster and subsequent police cover-up, with drunkenness and crowd trouble falsely cited as the cause, spoke to the political establishment’s demonization of the people and offered a damning indictment of the measures taken to control them.

It would prove a turning point for football and wider society’s relationship to the sport, with the Taylor Report of 1990 paving the way for safer stadiums and the formulation of the Premier League, beginning English football’s ascent out of the darkness. It “saved English football from both itself and from a Tory government that had come to see it as an embarrassing nuisance,” as Owen Gibson wrote in The Guardian in 2009.

The report strongly criticised how the football industry treated fans, blaming the police and stadium conditions for the tragedy, and demanded a full transition to all-seater grounds.

All teams in the top two divisions were given £31 million ($39m) of public funds for the conversion costs. The antiquated infrastructure that had caused dozens of deaths over the years were finally gone. And English football was reborn.

Slowly but surely the relationship between football and wider society was repaired, and while there are numerous factors often cited in the nation’s reimagining of the sport in the 1990s – from the tenderness of Gazza’s (Paul Gascoigne) tears at Italia 90, to Britpop’s love of football, to Nick Hornby's book 'Fever Pitch', which centred on Thomas's title winner at Anfield, making football palatable to the middle classes – there is no doubt about the two biggest factors.

Stadia becoming structurally sound helped make football grounds safe and inviting, and the formation of the Premier League reinvented football as a dazzling entertainment industry. The lessons from Hillsborough informed both.

After the Taylor report and its financial implications, minds began to focus on the idea of a breakaway league.

The seeds for a breakaway league had likely already been sewn by the violence in the mid-1980s, but English football may never have found a way to re-organise, to lift itself from a trajectory that was heading towards further darkness, without the implications of the Taylor report – or without the remarkable game at Anfield in May.

It was as a direct consequence of Hillsborough that the title decider was moved to a Friday night after every other team had completed their seasons, making it an isolated event in the calendar. That created a unique bubble, space for elongated build-up and excitement to build across the country.

It also meant the entire nation was watching when Thomas did the unthinkable. In that moment, TV executives saw the capacity for football as drama, as emotion, a product to sell.

It is devastating that it took a tragedy to drag English football out of its darkness, and certainly it would be crass to look for constructive ways to interpret the Hillsborough Disaster.

However, while Arsenal’s 2-0 win at Anfield is more popularly remembered as a defining moment in changing the landscape of the sport, the Taylor Report had a more important impact on the future of the sport.

“The game died and was reborn,” Professor Rogan Taylor, head of the Football Research Group at Liverpool University told The Guardian.

“Some people might not like the new creature that it has become, [but] Taylor wrote a future for the game at a time when the government was seeking to consign it to the same dustbin as the miners and anything else that smelled of the smoke–stack industries and flat–capped working classes.”