The defender came through the academy alongside Marcus Rashford and was named on the NXGN list in 2016, but most recently was playing in League Two

The last time Manchester United won the Europa League, in 2017, their star-studded squad featured a couple of homegrown gems.

Marcus Rashford had emerged as a key player, while Timothy Fosu-Mensah was on the bench for the victory over Ajax.

Watching on, meanwhile, was Cameron Borthwick-Jackson, an academy contemporary of the duo who had similarly risen to the United first team under the management of Louis van Gaal.

Rather than savouring glory in Stockholm however, Borthwick-Jackson was watching on from the club's Under-23s, having returned from a curtailed loan spell with Wolves.

But looking back, the now 24-year-old defender feels he could, and maybe should, have been there.

“It was good to be around the boys I’d come through with, it was good to see them do well, win trophies," he tells Goal.

“For me, coming off the back of an unsuccessful loan spell, I realised I needed to reset.

“When I look back, even if I stayed until January, just to be around it... when you’re out on loan, it’s out of sight, out of mind. You’re forgotten about.”

Borthwick-Jackson had joined United aged six, and made senior debut at 18 on November 7, 2015 against West Brom, playing the final 15 minutes of the Premier League clash.

He was promoted to the first team after Luke Shaw’s double leg-break and Antonio Valencia’s foot injury had exposed the Red Devils' lack of depth at full-back. His second appearance came against Wolfsburg in the Champions League; United lost 3-2, suffering group-stage elimination.

Borthwick-Jackson says of the circumstances around his debut: “It was very brief, I hadn’t trained with them beforehand. I’d done a double session on Friday with runs afterwards because I was planning to have the weekend off.

“I was in the showers and the U23s manager, Warren Joyce, said, ‘Cam, get your tracksuit and go home, you’re on the bench tomorrow'.

“It was a dream come true, I grew up supporting United, it was everything I wanted to do.” 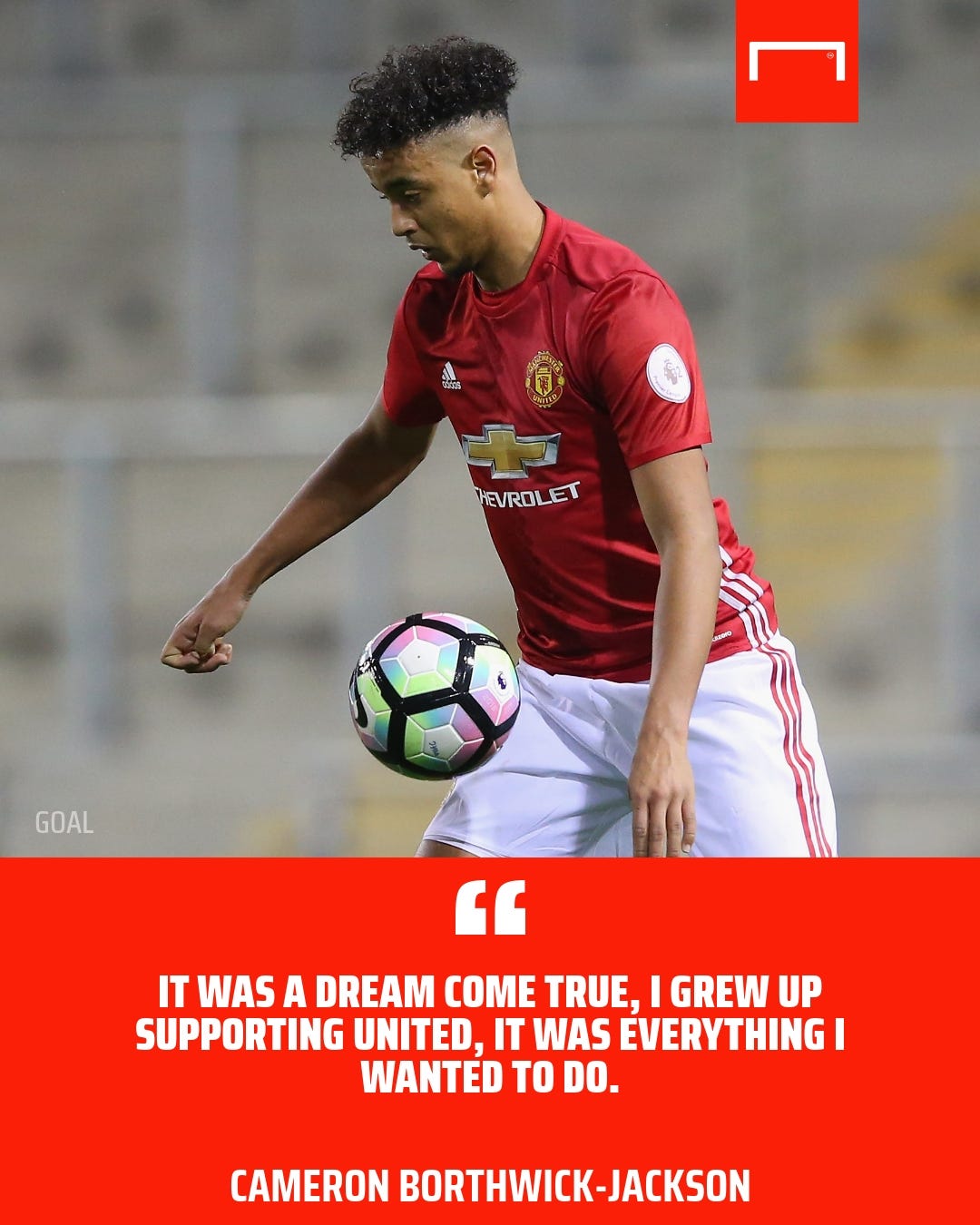 Borthwick-Jackson went on to make 14 senior appearances in 2015-16, winning United’s U21 Player of the Season after being named in Goal's inaugural NXGN list of the world’s 50 best young players, placing 33rd ahead of the likes of Ousmane Dembele and Steven Bergwijn.

Goal said at the time:  “With a tall frame and a timely spring, Borthwick-Jackson’s aerial ability makes him an imposing defensive presence, even if his narrow build offers room for increased power. He is also mature for a rookie defender and has a burst of speed over short distances which belies his unorthodox running action.

“His is a name that will become even bigger as his star continues to rise.”

Having made his debut under Van Gaal, Borthwick-Jackson is full of praise for the legendary Dutch coach: “He was great for me, he had trust, you see that with my second game – Champions League must-win, I’d only played 15 minutes of professional football before that.”

He also insists that his rapid rise, sudden attention and influx of awards did not go to his head: “I’ve always been a laid back type of player, you can see by my style of play. I didn’t get nervous, I was playing with good players. It’s hard to make mistakes when you’re working with world-class footballers.

“They made me feel welcome. Around me were Chris Smalling, Jesse Lingard, Michael Carrick, Daley Blind – they were all good with me.”

His star on the rise at Carrington, Borthwick-Jackson signed a four-year contract that summer. However, he would not make another senior appearance for the club.

Van Gaal was replaced by Jose Mourinho, who in turn never gave Borthwick-Jackson a chance.

“I don’t think he really rated me, I just wasn’t his kind of player. I also got injured in that pre-season, so I didn’t have much time to impress him.

“He relayed the message through other people, it was Nicky Butt who told me, ‘the manager wants you to go out on loan’. Going to Wolves was a big move, a big club, at the time it was promising.” 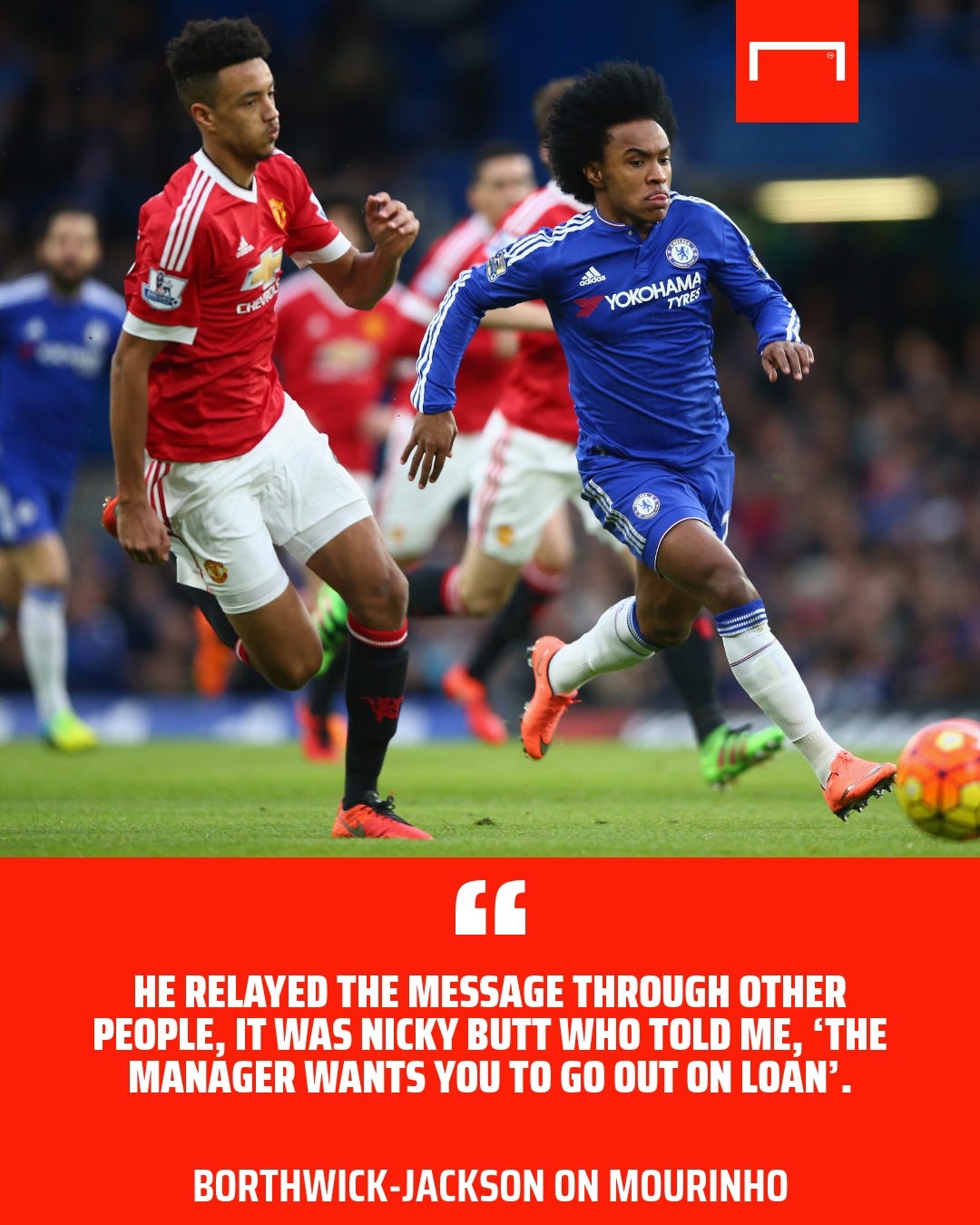 On the contract extension - negotiated with Van Gaal, but by the time he signed, Mourinho was in charge - he insists there are no regrets: “At the time it was the right thing to do. I was rated at United, I was going into the next season with the view of competing with Luke Shaw.”

Borthwick-Jackson went on loan multiple times, and never with much success; his spells at Wolves, Leeds and Tranmere were all cut short.

His time at Molineux was especially tempestuous. The season before Fosun International arrived and sent Wolves roaring towards the Premier League and Europe, the club went through three managers and a mid-table Championship finish. Borthwick-Jackson suffered through the inconsistencies.

"The first game I played for Wolves, I got man of the match. The next game, I was in the stands. He [then-Wolves manager Walter Zenga] made nine changes, they had a big squad. I was thinking, ‘what’s going on here?’

“Zenga didn’t last long, then the assistant, who rated me, had three games. So [Paul] Lambert came in.

“I was dismissed, towards the back end of the season I’d be with the U18s, or they would be doing game prep, 11-a-side, and I’d be training with the goalkeepers. It was crazy.

“It was tough at the time, I’d come from United, done well, played in big games. He was playing central midfielders at left-back. He had no trust in me.

“I’d go to him, asking what I needed to do to improve, to get in the team. He said 'be patient, train well'. There was no definite answer.”

At Leeds, in the days pre-Marcelo Bielsa, things were no better: “The director of football brought me in, he wanted me the previous season, the manager [Thomas Christensen] didn’t have a say. If the manager don’t want you, it’s a losing battle.

“I met the chairman, he was really keen, 'I’m excited you’re here'. It seemed like the perfect move, Leeds, another huge club. It seemed the best move at the time, I don’t regret it, it could have worked out a different way.” 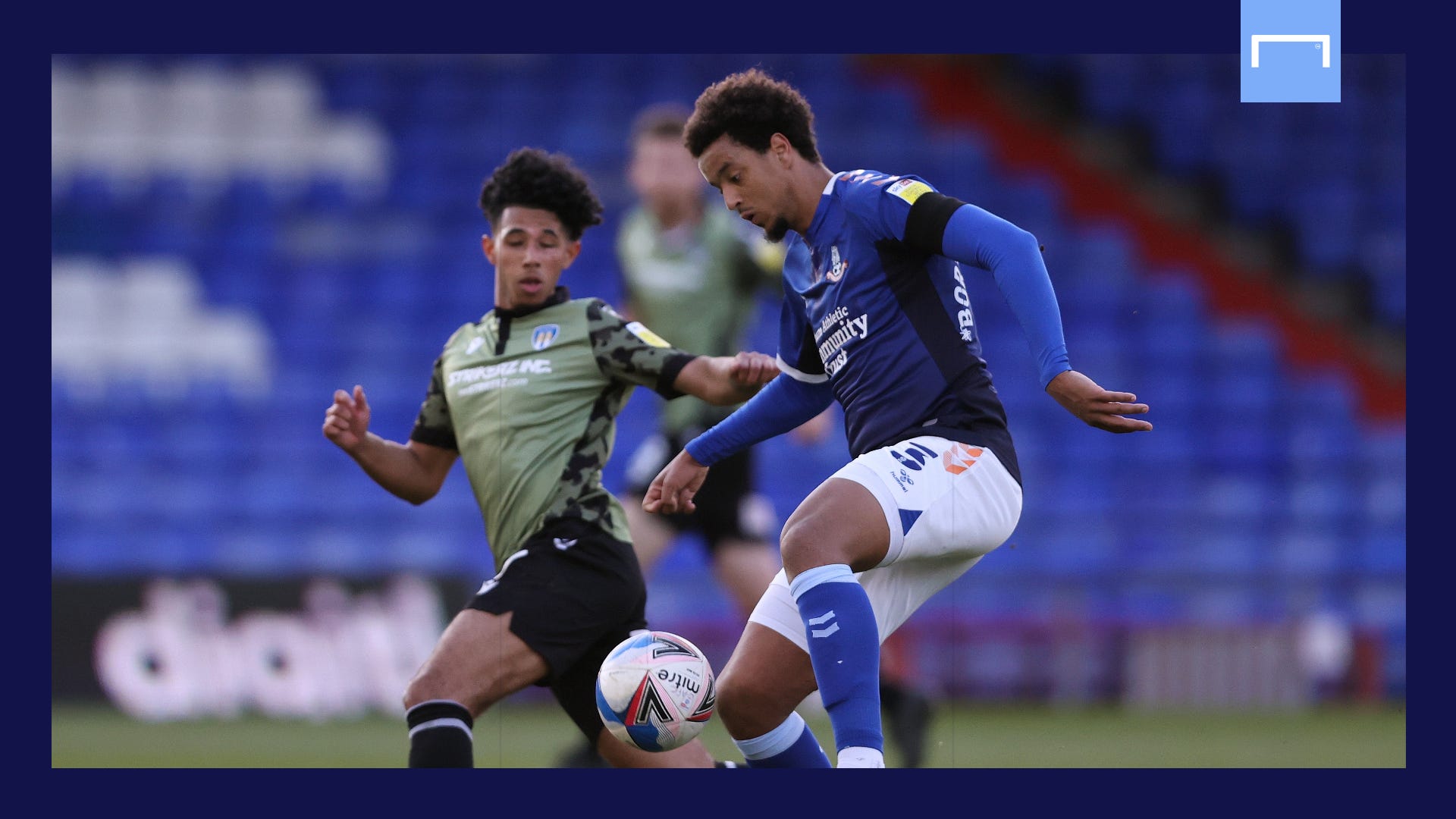 Any momentum built at United was killed stone-dead, and Borthwick-Jackson, not even out of his teens, was left alone to pick up the pieces.

“The first season, it was only Warren Joyce who was keeping tabs. Then he left, so until January I didn’t hear from anyone at United, I wasn’t playing, and I was just thinking, where am I valued?”

Eventually Borthwick-Jackson was released, after 16 years with the club he supported as a boy, in 2020.

He posted an emotional message on Instagram : “Growing up as kid from Manchester, all I wanted to do was play for United. To make my debut for the club I grew up supporting was a dream come true and a day that will stay in my heart forever.”

Speaking a year on, he reflects on it by saying: “I knew it was coming. We got the hint from the summer beforehand, so I had a year to prepare, it wasn’t a shock.”

He went onto join fourth-tier Oldham Athletic on one-year contract, but has since departed and is now a free agent at 24.

A young father to boot, Borthwick-Jackson is now looking to show more responsibility as a senior professional – and has certainly not given up on getting back to the very top of English football.

“Since I left United, I took a step back to propel myself forward. I went to League Two with the frame of mind of getting into League One, then the Championship and so on.

“I’m not a young player anymore, I’ve probably got a four-year window. I really need to showcase myself. This is a dog-eat-dog world; you have to work for it.

“I’ve had a tough few seasons, that has developed my character in knowing what I have to do to get back to the top. This season is massive, I’m hoping to get into League One, and I need to set the league alight. Hopefully then I’ll have interest from teams higher up. One step at a time.”