Liverpool
Ryan Tolmich
20:19 2020/02/21 Comments (0)
Nashville SC
In an exclusive interview with Goal, the 56-year-old Liverpudlian discusses his hometown club's remarkable resurgence, and his plans for his new team

If you happen to wander into a bar inhabited by Liverpool supporters in Nashville, Tennessee, you might just run into a familiar face. Among the pints of beer and boisterous singing, one can often find a man who played a major part in assembling the historically great team everyone in that bar is gathered to watch.

He was the managing director, then CEO, then chairman, the businessman behind the scenes charged with bringing the mighty Reds back to their glory days. Ayre was the man behind the much-criticized transfer committee, the building of a new stand and, ultimately, the gradual rebirth of a football club that had fallen on hard times.

These days, Ayre is one of the most important men at a club far, far from his native Liverpool. He's the CEO of Nashville SC, a team that, in just a few weeks, will play their first-ever MLS match. But, on days where he's not consumed by quite literally building a club from the ground up, you may just find Ayre embracing a different aspect of Liverpool Football Club: life as a fan.

"That chapter is over, it was some of the best time of my life and I'm proud of my time there and grateful, but I'm just a fan now," Ayre told Goal. "I love watching them. I love seeing what they're doing, I love what they're achieving.

"It's kind of nice because, for those 10 years, it's hard to enjoy it as much and it'll be the same here with Nashville. You look at the game in a different way. If a player does well, you probably think that his agent is going to call and ask for a new contract. If he does badly, you know the media are going to kill you.

"There's a bunch of things that go on around games and day-to-day that stop you from enjoying it as much as you'd like. I enjoyed my time there but, as a fan now watching the games, it's easier to appreciate it more.

"Now I can stand in that bar and swear at the TV! Granted, there's not much swearing at the moment since they're absolutely awesome."

When Ayre joined in 2007, Liverpool were pretty close to awesome. The Reds were still riding high from the now-famous 2005 Champions League triumph in Istanbul and the unsuccessful return to that final game earlier that year. Steven Gerrard, Fernando Torres, Xabi Alonso, Jamie Carragher – Liverpool were a team of stars that could rival any club in the world on any given day.

But, according to Ayre, there were cracks off the field that would soon come to the light. The new ownership group of Hicks and Gillette had purchased a club that was lagging far behind rivals commercially. While Liverpool were a club able to compete with teams on the field, they were rapidly being crowded out by the super-powers in the business sector.

Manchester United, Chelsea, Barcelona, Real Madrid and Bayern Munich were building global brands, while Liverpool was struggling to stay afloat. By the 2010-11 season, Liverpool were on the verge of bankruptcy before being sold to current owners Fenway Sports Group.

And Ayre's attempts to remedy that situation were met with plenty of opposition. A proposed increase in ticket prices was met with fan protests and, eventually, a formal apology. The formation of the club's transfer committee – designed to pinpoint targets that fit both on-the-field and within the checkbook – was often criticized. 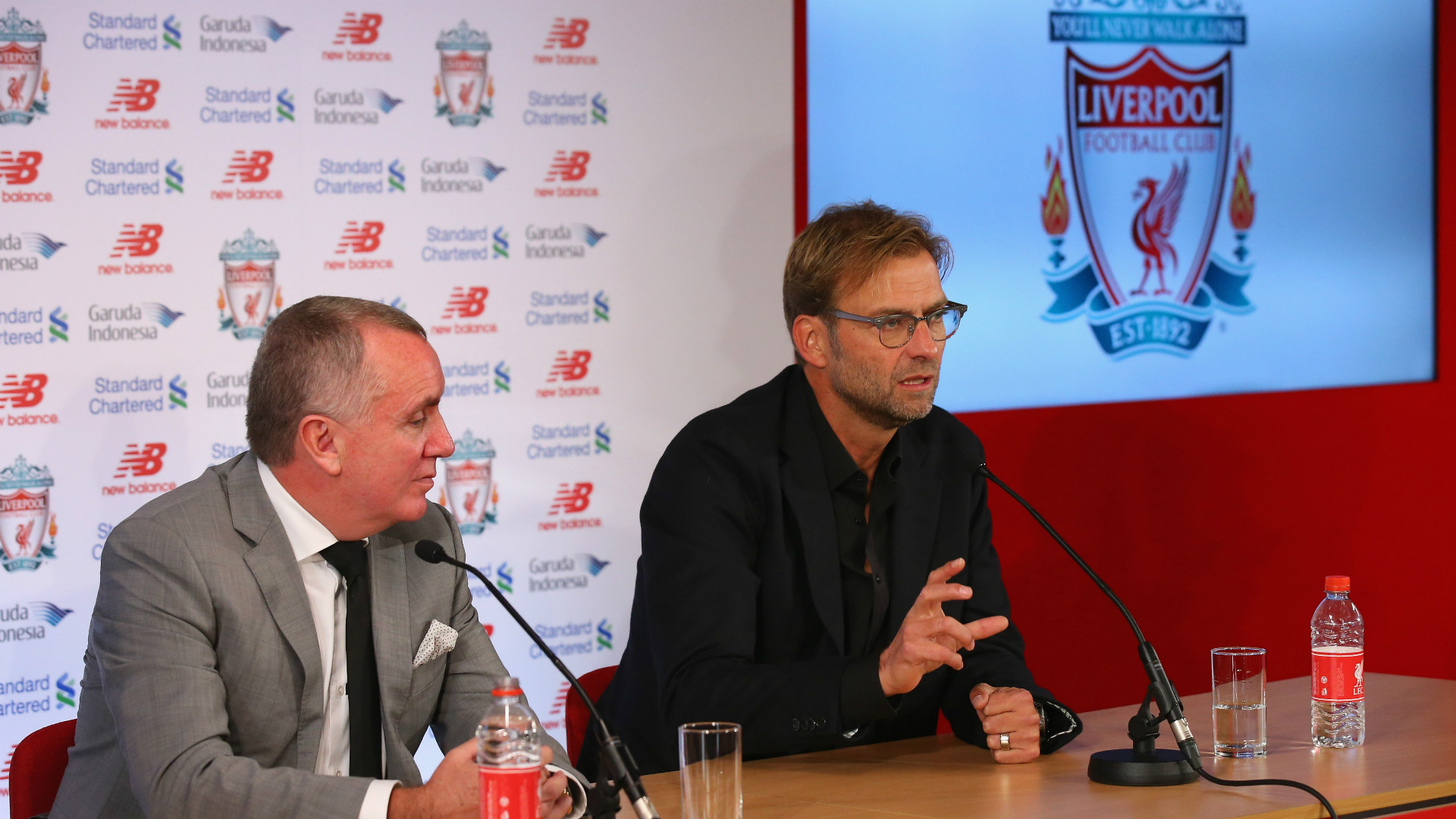 "I could see that commercially, the business was really poor," Ayre said.  "It was a long way behind the competitors in United and they were losing a lot of opportunities. They won the Champions League in 2005 and didn't really capitalize on that commercially. I really went in there to try and transform the revenue as the big challenge. Then we got embroiled in the big ownership issue and what that did was really tear at the fabric of the business.

"It was tragic in many senses and it was ironic because we were adding revenue with the big sponsorship deal with Standard Chartered, the deal with New Balance, those were coming to the table and, at the same time, we were haemorrhaging money because of the structure with ownership.

"We really started to turn the corner when Fenway Sports Group came in. I worked very closely with John [Henry] and Tom [Werner] and Mike [Edwards] and it was a process of seven or eight years, and that process still continues today. I think anyone in there would say they still have work to do."

That work, in the years since Ayre's arrival and eventual departure in 2017, has produced results the club could only have dreamed of. However, it was a slow build. Part of what makes Liverpool's rise in recent years so impressive is the fact that you could trace that journey back season-by-season and see exactly how this period of dominance began.

At first, the aim was top four. Then, the aim was to contend. And then, ultimately, trophies. The Champions League title this past June was sweet, but few things will taste as sweet as the Premier League title Liverpool are seemingly on their way to finally claiming.

Many credit Jurgen Klopp for that rise, and the German manager's introduction was certainly the turning point. But Ayre says the changes truly began well before Klopp came to Liverpool.

Those changes included the additions of a number of now-legendary figures; players like Jordan Henderson, Roberto Firmino and Sadio Mane. They included those that have since left the club, like Luis Suarez and Philippe Coutinho. All the names mentioned above were brought in under Ayre, and each played a part in turning Liverpool into the juggernaut we see marching towards a first top-flight title since 1990.

"Jurgen is incredible and I'm his biggest supporter and brought him to the club, but that transformation on the management side, it started with Kenny Dalglish," Ayre said.

"Bringing Kenny back to stabilize the ship when it was in turmoil. He's one of those unique unicorns that could get everybody to buy in and realign very quickly, and he did an incredible job, took us to two finals in his first year, and then to transition into the sort of coach that knew the game well and would play and develop young people.

"Then, Brendan comes in and does a wonderful job and gets us to second place and, ultimately, transitions all the way to Jurgen, who is a phenomenon really. None of that stuff happened overnight. We had a plan, we had to get with the plan"

He added: "On the pitch, if you look at the team that plays now, I would guess there are six or seven players like Jordan Henderson who have been there through that journey that I was there for and others that arrived during that timeline like James Milner, Sadio Mane and Roberto Firmino, and others that have come and gone like Luis Suarez or Coutinho.

"This idea that somebody could take over a club at that level now and just transform it with two or three players, I don't buy that. You have to have a system and a process and you have to build the business on the field as well as the business off the field." 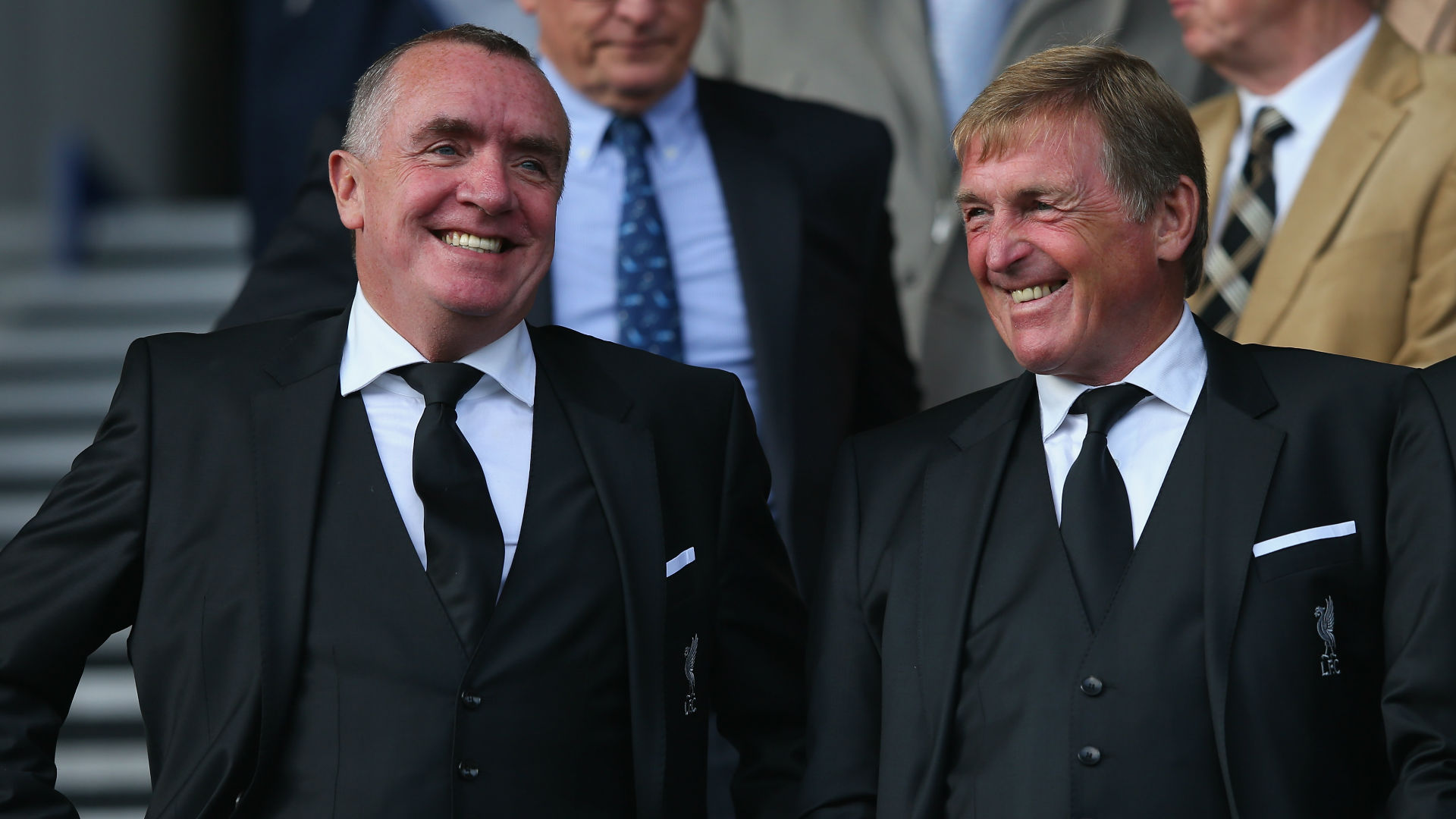 These days, Ayre's challenge is finding the system that works for Nashville SC. It's an entirely different project than what he faced at Liverpool, 1860 Munich or any other club he's worked with. With those teams, it was about building on a foundation. In Nashville, it's about assembling it from the ground up.

It's a challenge and a city that Ayre has fallen for. He's been tasked with developing teams, but never like this. He's lived in different cities before, but none like this.

"The best analogy I can think of is it's like buying your first house," he says of his experience with the expansion club. "You're literally involved in everything.

"I just had a meeting next door to look at a load of seats for the stadium. It's like picking the carpet or the furniture for your house. It's incredible. I did that to some degree at Liverpool when we built the new stand, but to do it for a whole stadium and a training ground, it's incredible."

He added: "From a personal perspective, I've never lived or travelled in the south of the United States, and you hear that phrase 'Southern Hospitality' and you find it in spades here in Nashville. The warmth of people, genuine warmth, people are really nice.

"I live 30 minutes south of the city in the countryside with a really outdoor lifestyle. The food is incredible. If I want to go watch a live band tomorrow night in Nashville, I've got 200 venues to choose from. There's always something going on here. It's like living in New York or London, but without the concrete jungle and traffic and bad stuff. There are lots of stuff going on here, but in a rural environment with really friendly people. What's not to love really?"

And, on some days, you can find Ayre mixed up with those friendly people cheering on his still-beloved Liverpool FC. On others, you'll find him working with government officials to lock down the proposal for Nashville's future stadium. Ayre is the fan and the CEO, all in one.

On June 1, 2019, Ayre saw the club he helped assemble win a Champions League title. Despite invites from the club, he bought his own ticket. He made the flight from Nashville to Madrid, met his son and several friends and watched years of hard work finally come together.

And on February 29, Ayre will reach another milestone when Nashville SC host Atlanta United in the club's first MLS game. A continent away from his boyhood club, Ayre is looking forward to beginning a new legacy with a new club.

"I've tried to take a lot of the things we used there and bring them here," he said. "The way we do recruitment, the way we approach revenue generation, the way we develop our brand. We're trying to be an authentic club in the U.S. and MLS, but we also make it work for the U.S. market.

"There are things you can do here that you'd get shot for if you tried to do at Liverpool, but there are lots of similarities in the way we're approaching it.

"I loved my time there at Liverpool. Nobody is happier than me to see them doing so well."