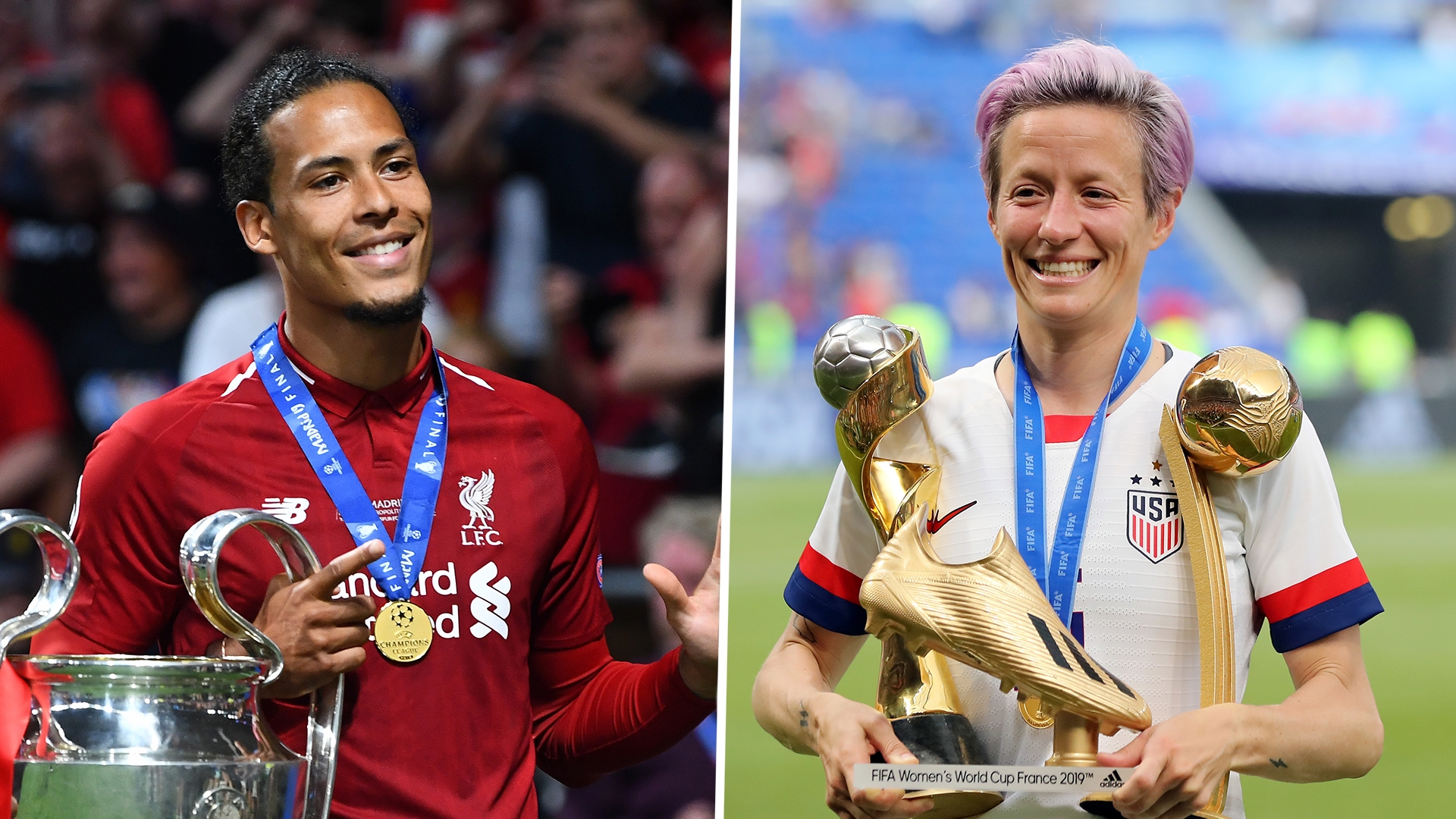 The Liverpool star has become the first defender to win the award, while the American ace is recognised for her clean sweep at the Women's World Cup

Virgil van Dijk and Megan Rapinoe have been crowned winners of Goal 50 for 2019.

It caps a remarkable year for Van Dijk, who played a pivotal role in his club's sensational Champions League triumph, with the Netherlands international turning in a man of the match-winning display in the 2-0 win over Tottenham in the final in Madrid.

“I am very proud to have been named at No.1 in Goal 50 for 2019," Van Dijk told Goal. "To be recognised among the great players in world football is very special for me."

The 28-year-old also helped his country reach the final of the Nations League, which played a role in him pipping a resurgent Messi to top spot.

The four-time Goal 50 winner suffered more international heartbreak with Argentina, who were beaten by Brazil in controversial circumstances in the semi-finals of the Copa America.

However, Messi was once again in sensational form for Barcelona last season, netting a remarkable 51 goals in just 50 appearances in 2018-19, and finishes second in the men's list.

Of course, the 32-year-old's outrageous strike-rate wasn't enough to bring the Champions League back to Catalunya, as Barca were upset by Liverpool in the last four.

Salah, third in Goal 50 for 2019, missed the historic second-leg comeback at Anfield through injury but he returned to net the crucial opening goal in the final in Madrid.

It was the 27th goal of a campaign that also saw him claim a share of the Premier League's Golden Boot alongside fellow Reds forward Sadio Mane and Arsenal ace Pierre-Emerick Aubameyang.

Like Salah, Mane netted 22 times in England's top flight, while he also inspired Senegal to a runners-up finish at the Africa Cup of Nations, securing him a highest-ever ranking of fifth place in Goal 50.

Cristiano Ronaldo finished just ahead of Mane, in fourth, after a fine debut season at Juventus which ended with him being crowned Player of the Year in Serie A.

The veteran attacker then went on to help Portugal to win the inaugural Nations League, with the Seleccao beating Van Dijk's Netherlands in the final.

The summer, though, arguably belonged to Rapinoe, who proved the leading light in a star-studded United States team that swept all before them at the Women's World Cup.

The 34-year-old attacker won both the Golden Ball and the Golden Boot in France, making her the obvious choice for top spot in the women's Goal 50 rankings.

“It is a privilege to be named alongside so many great players and to receive this year’s Goal 50 award," Rapinoe told Goal . "However, it is a privilege which is only possible due to the strength and talent of the other women who join me on this list.”

Right-back Lucy Bronze also had a sensational 2019, claiming a treble with Lyon before being presented with the World Cup's Silver Ball for her role in England's fourth-placed finish.

Sam Kerr, who won the 2018 Goal 50 award, claimed third place this time around, after another prolific year which saw her finish as top scorer in both the NWSL and the W-League – and score four goals in Australia's World Cup win over Jamaica.

Fourth place went to Ada Hegerberg, who fired Lyon to a treble with 29 goals in 32 appearances in all competitions, while 2017 Goal 50 champion Pernille Harder took fifth after winning a domestic double with Wolfsburg and finishing as top scorer in the Champions League.

Rapinoe, though, was the outstanding candidate for the women's award and, like Van Dijk, can celebrate a phenomenal 2019 that surely counts as a career best.

You can see the full list of players who featured in Goal 50 here!

The Goal 50 is an annual award that brings together the world's 50 best male and female players.

The players are divided into two 25-strong groups and ranked on their achievements over the previous year.

Chief editors and correspondents from Goal's 42 editions around the world cast their votes based on each candidate's consistency, big-game performances, footballing legacy and success at club and international level.