Suarez would welcome 'great player' Lautaro to Barcelona despite competition for No.9 spot 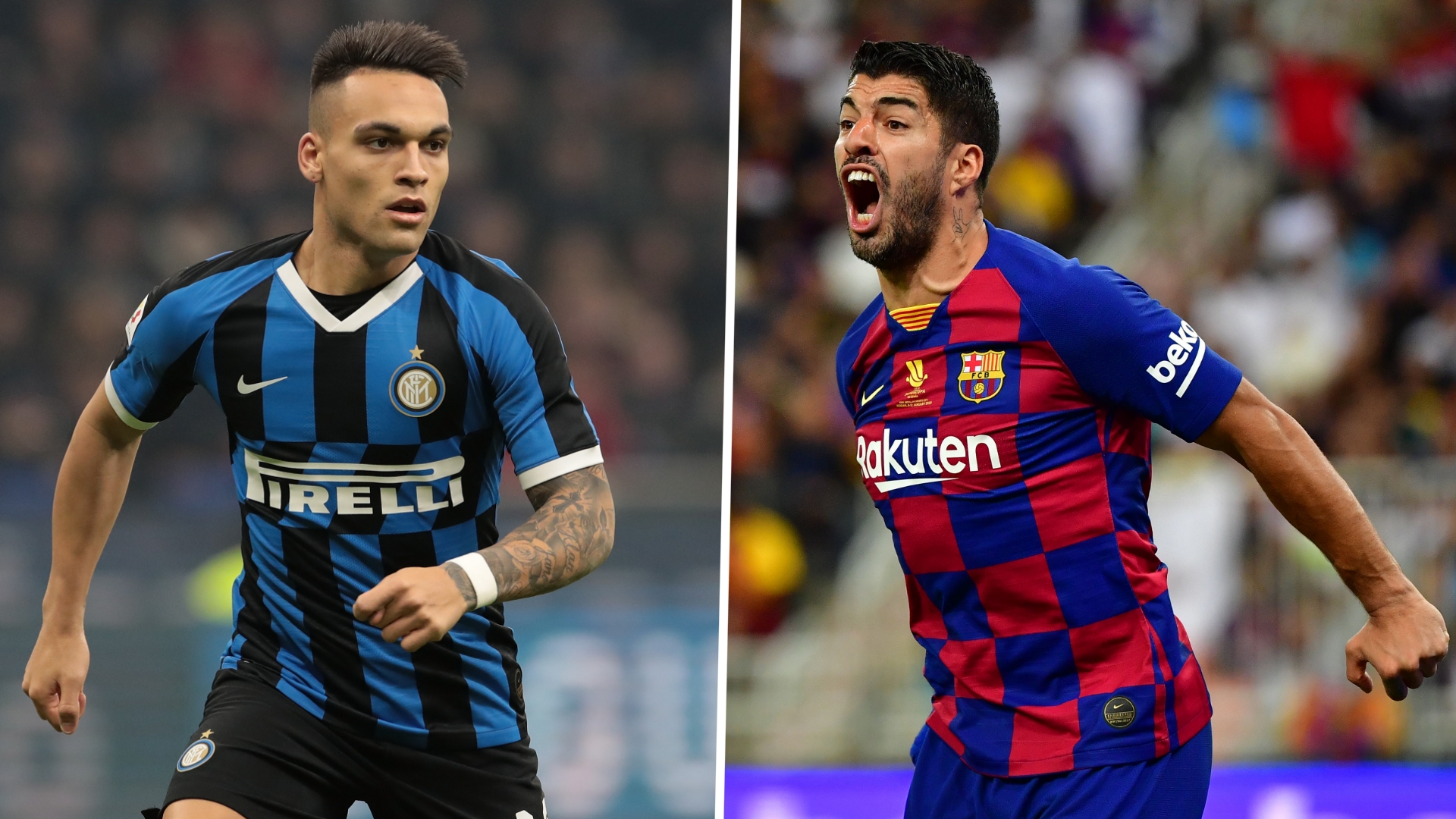 The Liga giants continue to be linked with a big-money raid on Inter for the Argentine forward, and their current lead striker is backing a move

Luis Suarez says he would welcome the addition of “great player” Lautaro Martinez to the ranks at Barcelona, despite the Inter forward being mooted as his successor in a No.9 berth at Camp Nou.

Speculation continues to suggest that the Blaugrana will be launching a big-money raid for an Argentina international striker in the next transfer window.

Barca are in the process of trying to free up funds that will allow them to table a bid for a top summer target – with Philippe Coutinho among those the Liga giants are looking to move on.

Martinez is considered to be a shrewd long-term option for those in Catalunya, with the 22-year-old already adjusted to the demands of European football while having plenty of potential to unlock.

If a deal were to be done then another South American would be added to a fearsome attacking unit alongside Suarez and talismanic club captain Lionel Messi.

Uruguayan frontman Suarez, who has spent six years at Barca, claims he would be happy to see another proven performer snapped up.

The 33-year-old told Sport of the Lautaro links: “He is a great player. He's been playing at a great level for Inter.

“It's not easy to arrive in Italy from Argentina and show everything that he's shown in a league as complicated as the Italian one.

For now, Suarez and Barcelona are focused on ending the 2019-20 campaign as positively as possible.

The Liga title appears to have slipped from their grasp, as they sit four points behind arch-rivals Real Madrid with two games left to take in.

Quique Setien’s side do, however, still have the Champions League crown to chase down, with elite European competition set to resume in August.

Suarez believes Barca can prevail there, as they prepare to take in the second leg of a last-16 showdown with Napoli and a potential quarter-final date with German giants Bayern Munich.

“Now we have to focus on the two games we have left,” said Suarez.

“We have to be at the level of prestige this club demands. The last chance to win something will be the Champions League.

“First, we have to get through the last 16 against a tough rival who are in good form since the lockdown. To think about Lisbon, first we have to beat Napoli.”

Pressed on whether Barca can go all the way, Suarez added: “We have the capacity to be at the level this club demands if we're 100 per cent.

“If something doesn't go well, if we suffer a handicap, maybe we won't make it, but that's football.

“For example, against Villarreal [in a 4-1 win] we saw a good team. We had players missing but we were at the level required.

“We dropped a little in the following games. But Villarreal was important because it showed us this team, if in form, can produce performances in the Champions League.

“If we're at the level of the club, we can manage it. But we have to be at our best.”