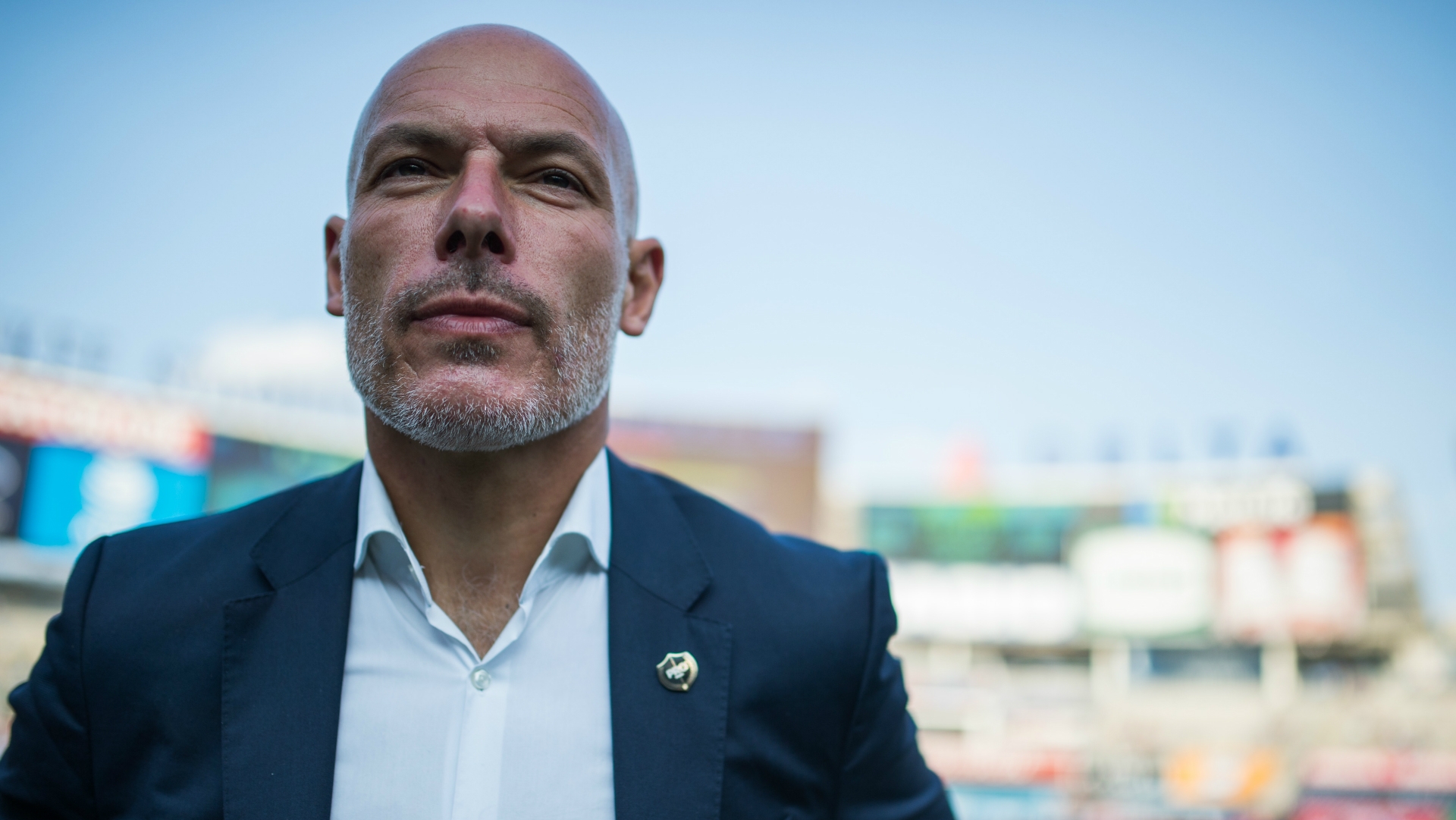 Howard Webb knows what it's like to be a leading persona in the world of referees. The Englishman spent a decade as a Premier League and FIFA official, after all. In 2010, he became the first referee to officiate the Champions League final and World Cup final in the same year.

Nowadays, Webb finds himself stateside serving as the manager of video review operations for the Professional Referee Organization. With that role comes the responsibility of overseeing video assistant refereeing in MLS.

While MLS remains a fledgling enterprise when compared to the top tiers in Europe, the league has found itself at the forefront of video review after introducing the system midway through the 2017 campaign. When the International Football Association Board summoned officials to Zurich last month to evaluate the VAR system, Webb again found himself among footballing elite as he and MLS vice president Jeff Agoos represented the league at a panel alongside officials from FIFA, the Bundesliga and Serie A.

"It's nice to be at that top table, really," Webb told Goal. "We're there with FIFA, we're there with some of the big leagues from Europe, and it's nice to have a voice that's being listened to in this project."

MLS has used video review in every regular season and playoff match since Aug. 5, with the system targeting four match-changing decisions: goals, penalties, straight red cards and cases of mistaken identity. While the video assistant referee is checking all of these sequences behind the scenes, a formal review is only called for if a "clear and obvious" error is detected.

Over 132 matches from Aug. 5 to Oct. 22 — the end of the MLS regular season — video review resulted in 46 reviews. Of those reviews, 33 calls were changed. Those numbers line up with Webb's expectations for the system, which is designed to address major mistakes but avoid disrupting the flow of the game. And concerns that video review will reduce scoring have thus far been unfounded, with the system taking away 11 scoring chances but creating 11 others.

"By doing that, we can be true to this mantra of minimum interference. We know there's a lot of subjectivity in our sport so we have to remember: What is video review there for? It's there to rectify those situations where pretty much everybody would say, 'Yeah, that's a mistake' — not one that splits the opinion."

The VAR rollout hasn't come without its hiccups, of course, and perhaps the most notable controversy came in the Columbus Crew's knockout round victory over Atlanta United in October. While the Crew ultimately triumphed on penalties after a 0-0 draw, Columbus should have opened the scoring in the first half when an Ola Kamara strike was incorrectly ruled offside.

With video review now in place as a safety net, referees have been told to briefly hold their whistle on offside decisions to see if the sequence results in a goal. In this instance, however, the referee blew the play dead before the ball crossed the line — negating any chance for a review.

It's the type of growing pain that seemed inevitable as referees were asked to adjust ingrained habits, with PRO emphasizing repetition while employing a sports psychologist to help officials make the transition to a new system.

"We've been taught to referee a certain way," Webb said. "The good practice we've been given over a long period of time becomes second nature, and there was really no advantage or no benefit to holding a whistle previously on an offside. All that would end up happening is a potential clash, a potential coming together, which could be avoided by an early whistle.

"Now we've got this new tool in place and there's a clear benefit when a goal is imminent or potentially imminent in just delaying that whistle long enough to open up that window of opportunity to check if the play was a clear error."

In another incident, Seattle Sounders defender Roman Torres found himself sent off for denial of an obvious goal-scoring opportunity following a foul on LA Galaxy midfielder Jermaine Jones in September. While the MLS disciplinary committee ultimately rescinded the red card, with replays showing teammate Chad Marshall was close enough to prevent any scoring chance, no video review was recommended.

That sequence illustrated another area for improvement identified by Webb, who acknowledged a handful of instances in which the VARs have been too hesitant to intervene.

"There was a number a situations where I expected a review to happen that didn't happen, going back to positioning the threshold of what's a clear and obvious error in the right place," Webb said. "The VARs have not always done that this early stage, and there will be some situations like that. That doesn't mean that because you disagree with a decision that it was wrong in video review terms.

"Somebody asked me before it went live, 'Will this prevent debate or discussion post-match and give writers and broadcasters nothing to talk about from an officiating point of view?' I said it won't do that because there's still going to be situations where we have a disagreement of decision."

Video review has naturally become a frequent topic for discussion within PRO, as referees fine-tune the process through online forums and exercises as well as biweekly meetings. In addition to breaking down plays in MLS, referees also have been asked to analyze and make decisions on sequences from other leagues around the world.

That said, Webb remains satisfied by what he's seen so far in these early days for video review.

"We always knew there were going to be some challenges along the way, which everybody faces who are trying to implement this," Webb said. "But looking back we feel we've done what we set out to achieve, which was to give our officials an extra tool to avoid clear and obvious errors without changing the basic way the game is played."