Will Jack Wilshere rejoin Arsenal? Why Gunners star is back at the Emirates 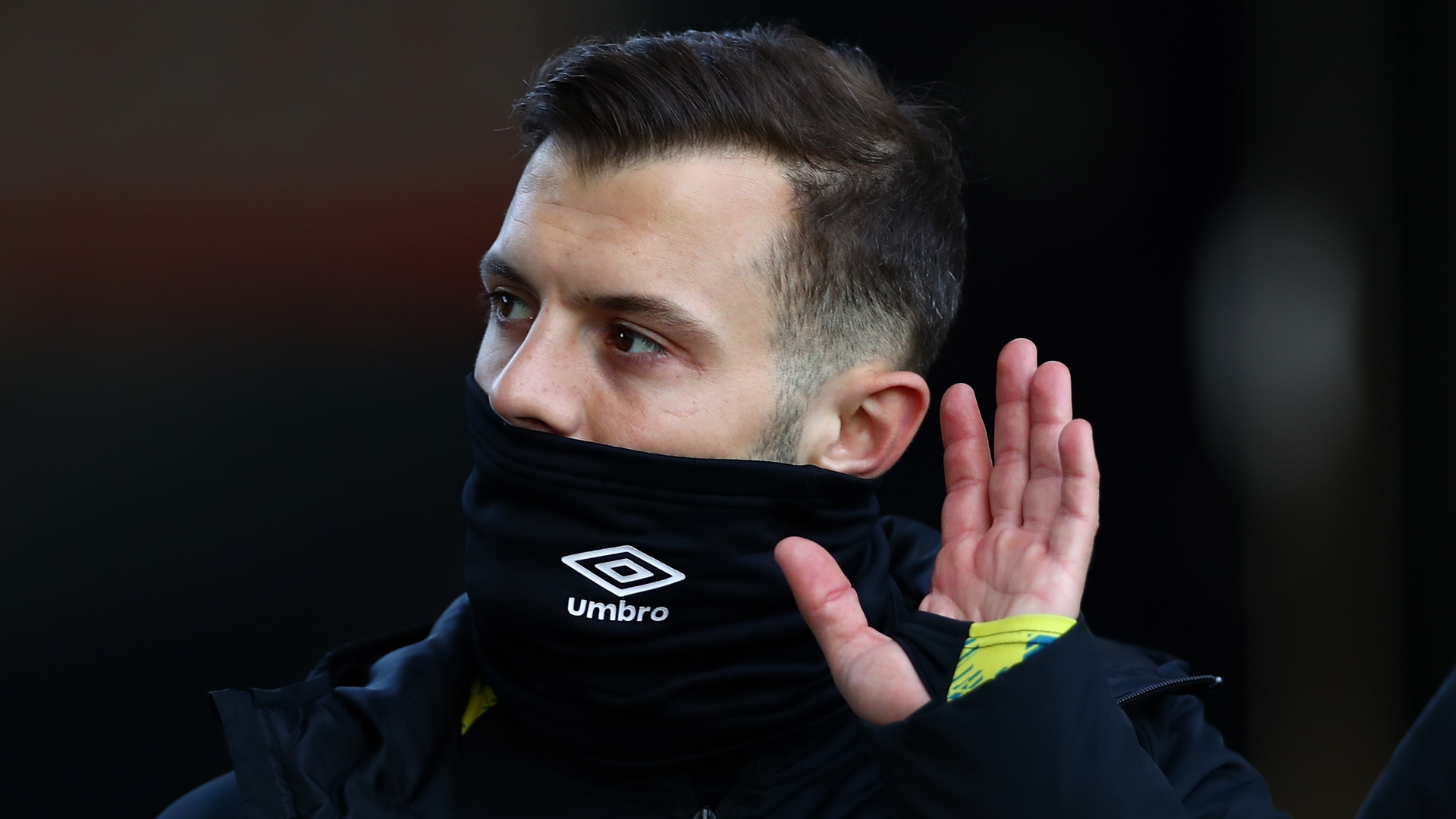 A product of the club's youth academy has returned to link up with Mikel Arteta's squad, but is a permanent contract on the cards?

Jack Wilshere began his senior career at Arsenal back in 2008, having spent the previous seven years working his way through the Gunners' youth ranks.

The English midfielder left the club at the end of his last contract in 2018 and has since taken in spells at West Ham and Bournemouth, but has been a free agent since departing the Vitality Stadium at the end of the 2020-21 season.

The Gunners recently welcomed Wilshere back to their London Colney training facility, but is the 29-year-old likely to be offered a permanent contract? Goal is on hand to shed some light on the situation.

Why is Jack Wilshere back at Arsenal?

Wilshere is still on the lookout for his next club, having seen a brief stint training with Serie B side Como fail to lead to an employment opportunity in Italy over the summer.

Arsenal have allowed the one-time England international to join Mikel Arteta's first-team squad so that he can keep his fitness levels up, and will also help him do his coaching badges as he starts to look ahead to life after playing.

Arteta offered a full explanation for Wilshere's return earlier this month, telling the club's official website: "What you should believe is that we want to help Jack prepare for his next stage, physically, mentally.

“I’d done that walk so many times, but I hadn’t done it in ages. It was surreal.”

Interview with Jack Wilshere - On his Arsenal return, what it feels like to be back, talks with Arteta, Edu and whether he’s dreaming about a contract 👇https://t.co/jrC7Ml4ZSl

Will Arsenal sign Jack Wilshere on a permanent deal?

It has been suggested that Wilshere could re-sign for the Gunners if he impresses in training, but the England international says it hasn't crossed his mind.

“To be honest with you, it hasn’t,” Wilshere said in an interview with Goal.

“Obviously, I see all the love from the fans, they are asking me if I'm going to get a contract and they say they want me to, which is obviously nice. But I'm just thankful for Arsenal giving me an opportunity to be around players again, to be around the club.

“Honestly, I'm just concentrating on getting myself as fit as I can physically and being in a good place mentally for January when the window opens and hopefully something comes up."

Arteta has also played down the likelihood of Wilshere returning to the Gunners on a permanent contract..

"He wants to do his coaching badges again and we are prepared to fulfil all the needs that he wants. That is basically the idea and it is no further than that," the Spaniard said.

"I am very happy to have him back. We had a conversation with Jack and understand the needs that he has, the period that he is going through and I think everyone at the club agreed it was the right moment to help him."

What are Jack Wilshere's Arsenal stats?

Wilshere burst onto the scene at Arsenal as a teenager under Arsene Wenger, and quickly established himself as a fixture in the Frenchman's lineup while also earning a regular place in England's set-up at international level.

The diminutive playmaker helped the Gunners win three trophies in total, including back-to-back FA Cups in 2013-14 and 2014-15, but he ended up falling way down the squad pecking order due to a string of serious injuries.

You can see Wilshere's stats for Arsenal in the Premier League in the table below:

Which clubs could Jack Wilshere join?

So, if Wilshere is not particularly optimistic about earning another contract with the club he kicked his career off with, where could he go?

The Arsenal hero has hinted that he would be open to joining a club in Major League Soccer, following a well-worn path taken by the likes of Thierry Henry, David Beckham and Zlatan Ibrahimovic.

Wilshere has previously had stints at West Ham and Bournemouth, so it is conceivable that he could find a club in the Premier League or Championship in order to continue playing.

He was also training with Serie B club Como during the summer and a switch to a club in Italy or somewhere else in Europe is not entirely beyond the realms of possibility either.