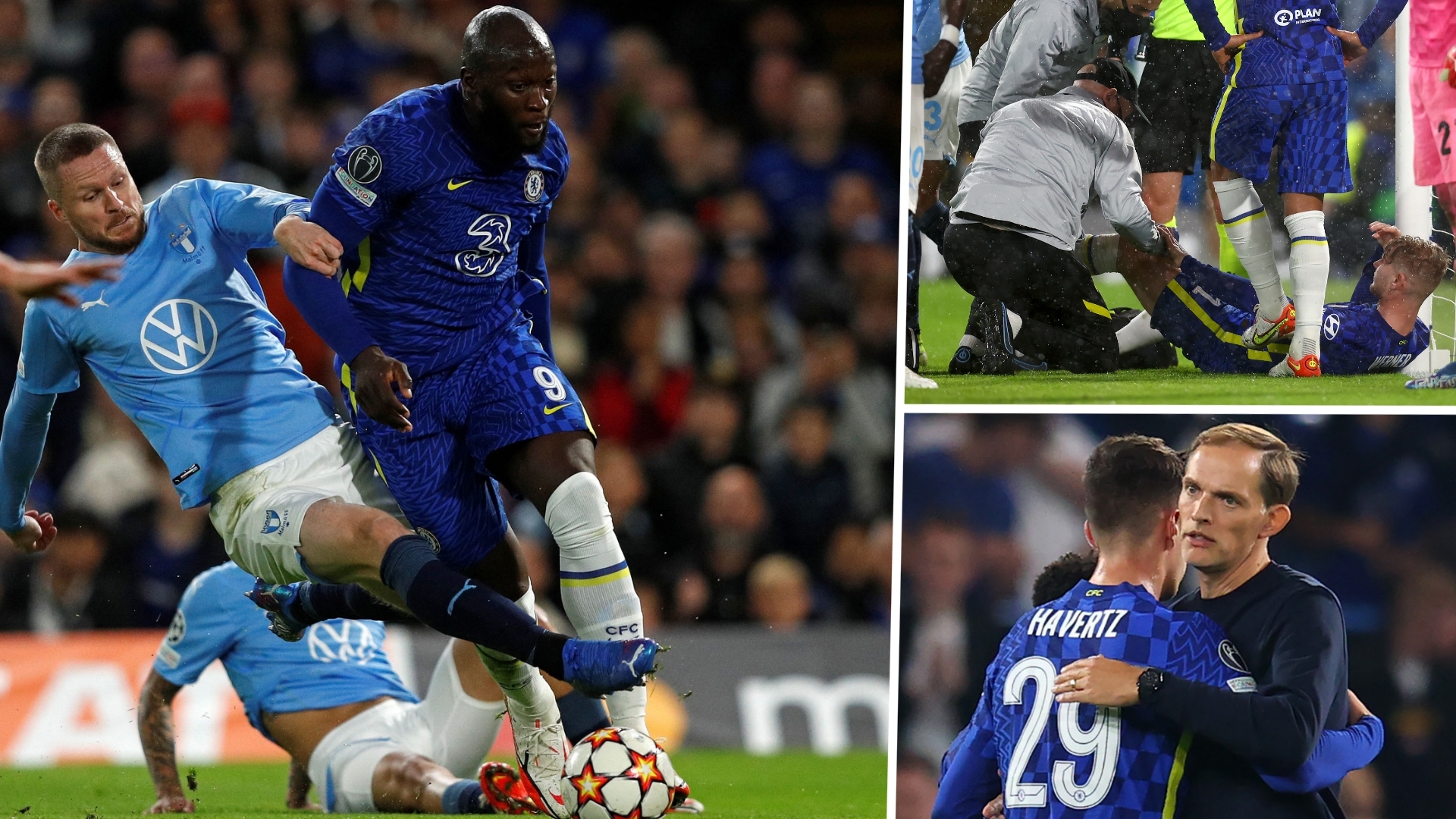 Two injuries have shaken Chelsea following what should have been a routine, problem-free win against Malmo in the Champions League on Wednesday.

First, and most concerning, was Romelu Lukaku being forced off in only the 23rd minute after a wild challenge from Lasse Nielsen.

Striker partner Timo Werner was subsequently replaced in the 44th minute as a result of a painful-looking hamstring injury.

Within the context of the match, it had next-to-no impact; the Blues were 2-0 up before losing their two forwards and yet still went on to win 4-0.

Chelsea are one of the few clubs in world football capable of withstanding the loss of a £150 million ($207m) strike force to injury in the same game.

"They will be some games out, I guess. We only had Christian Pulisic [out], we miss everybody, but we have no excuses," manager Thomas Tuchel told BT Sport after the match, with further information to come on the extent of their injuries in the coming days.

Out-of-form duo Kai Havertz and Callum Hudson-Odoi came on and part of the reason those two are struggling is that they have fallen further down the pecking order following the summer signing of Lukaku.

Hudson-Odoi, who hadn't played a single minute of football since before the international break, set up the goal of the night.

Having had a pep talk from Tuchel before coming on, the academy graduate won the ball in his own half and drove 50 yards up the field before laying on the assist for Havertz.

The Germany international's finish was equally impressive, sprinting in behind Malmo's defence before lobbing the ball over Johan Dahlin.

It served as a reminder of the depths of this remarkable squad, which the west Londoners had built long before their German coach even arrived at the club earlier this year.

There will be frustration at losing two more stars, of course, particularly as Pulisic has already been out for over a month, and the Blues haven’t been at their fluid best of late either.

Lukaku has had a complete lack of service in recent weeks. Having started the season in fine goalscoring form, he is now on a seven-game drought.

Still, with practically all of Chelsea’s No.10s and wingers out of sorts, the defenders have stepped up. They have not only kept clean sheets but also been involved in either scoring or assisting 16 of the last 20 Chelsea goals.

Chelsea have had 14 different goalscorers this season but only Lukaku has scored more than two goals after 13 games in all competitions. Jorginho added two of his own from the penalty spot on Wednesday night.

So, it's now up to Havertz to regain the form he showed in the first four games of the season.

Mason Mount, meanwhile, played a further 90 minutes against Malmo, as he looks to snap out of his post-Euro 2020 malaise, but Hakim Ziyech and Ross Barkley were unused options against Malmo.

The onus is now on all of them to follow the example set by Havertz and Hudson-Odoi.

"It is always necessary to prove a point," Tuchel said when asked about the pair's impact by  Goal after the Malmo rout. "We will have some games now without Romelu and Timo, so everyone is invited to join the race for minutes on the pitch.

"When they are on the pitch, they need to show their hunger and determination to be decisive and be in the box. This is how it is and they did it today, but there's still room to improve.

"And, on Saturday (against Norwich, we need the same hunger and determination from whoever starts for us because we need goals to win matches.

"We need to find solutions without Romelu and Timo, that's clear. Everyone will join the race to be decisive for us."

The injuries to Lukaku and Werner, then, represent an opportunity for those thus far frustrated by a lack of game time. It's a chance to secure starts and help the Blues add some swagger to what is already a rock-solid defence.

Chelsea can afford to lose their first-choice forwards for a short term but will hope to welcome them back into a side that's firing up, with the likes of Havertz leading from the front.