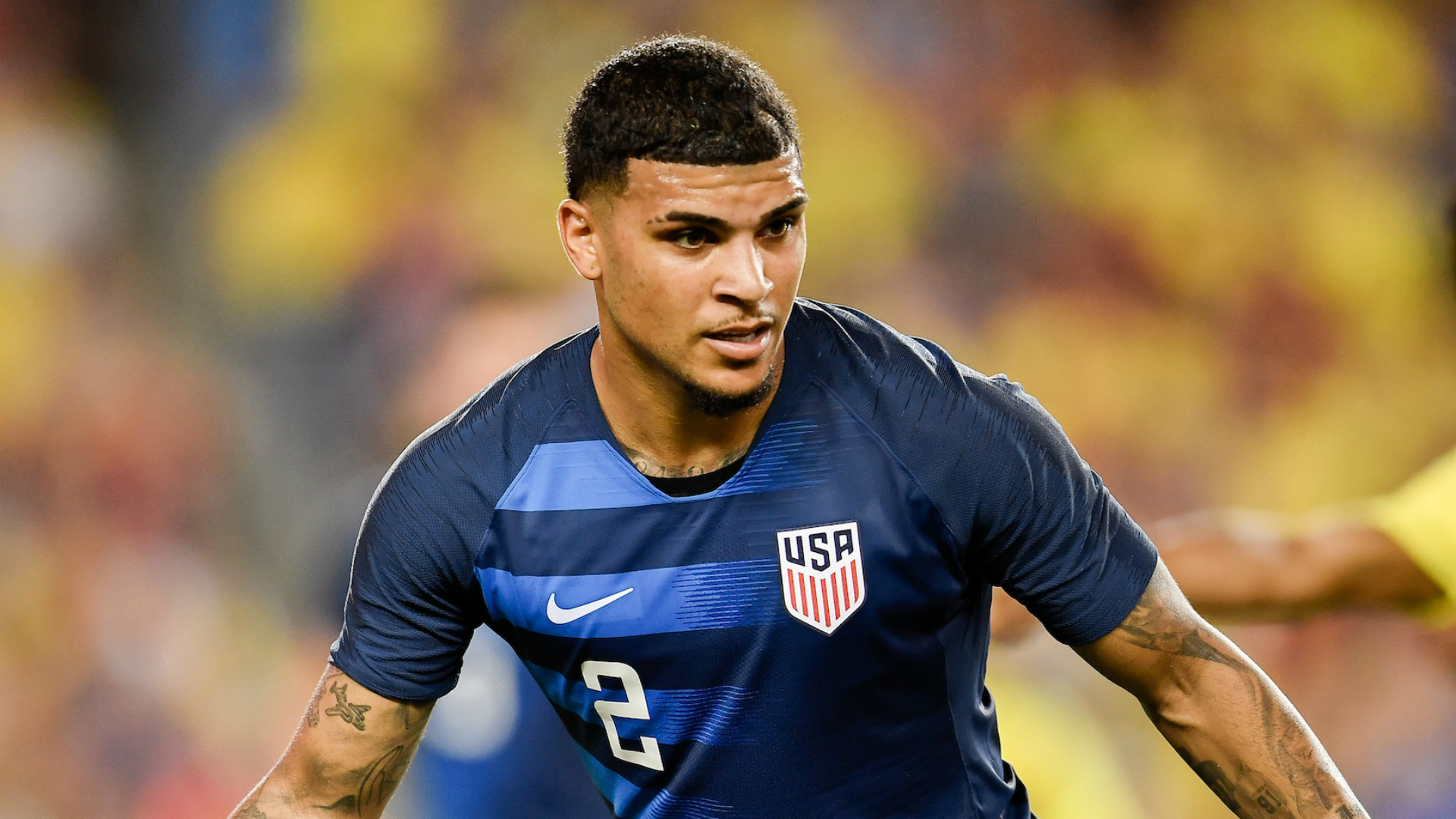 U.S. men's national team defender DeAndre Yedlin says that the state of the country is "kind of a sh*t show right now" while adding that he believes that President Donald Trump is the "worst possible person" to be in charge right now.

The U.S. has seen protests countrywide in the aftermath of the killing of George Floyd, with demonstrations being held in all 50 states as well as countries all over the world.

In the wake of those protests, several USMNT stars have made statements condemning racism and police brutality, with Weston McKennie and Christian Pulisic among those joining a video message stating that "enough is enough".

USMNT midfielder Michael Bradley, meanwhile, has come out and stated that there "isn't a moral bone" in Trump's body, while former USMNT forward Terrence Boyd said that Trump is "one of the worst people on the planet".

Speaking on the "More Than a Footballer" podcast with Arsenal star Hector Bellerin, Yedlin became the USMNT star to weigh in on the ongoing unrest in America.

"It’s chaotic and kind of a sh*t show right now," Yedlin said. "It’s so sad and I do believe that there will be change that comes from this. The younger generation are much more progressive in their way of thinking, having parents teaching them black people aren’t inferior.

"You can see it with social media and things like that, back in the day it was harder to convince people that the police are wrong, which sounds crazy, but that’s how it was back then. I think this is the tipping point and I hope it is.”

He added: “I was fortunate to be raised in Seattle, which was amazing, but that doesn’t take away from the fact I was still a black kid growing up in America. As far as the riots go I am the last person to support violence but it’s like what else can you do? I don’t know what else people can do.

"I know people are looting and setting things on fire, they just want to create chaos but the ones that want to be heard, I don’t know what else they can do. When I saw Colin Kaepernick kneeling, I thought that will bring a change, that dug deep in the hearts of those that cause a problem kneeling during national anthem but here we are."

Yedlin went on to reveal how a text from his grandfather really drove the point home from him that America is currently facing an unprecedented situation.

"I was talking to my girlfriend since George Floyd’s death, I haven’t even thought about Ahmaud Arbery, that’s out of my head," he said. "As a young black American you become desensitised to it, it’s just like “oh, another guy, another kid died today”. That’s so, so sad cos we are talking about human life, the most sacred thing we have.

"I said I was going to come off social media until after we finished the season, but I felt I couldn’t just stay silent. I got a text from my Grandpa the other day, he said “I’m glad you’re not here in the U.S. because I’d fear for your life as a young, black man”.

"So I’m sitting here thinking, he was born in 1946, alive when Martin Luther King was doing his movement and through very serious times racially in U.S. history, 70 years later he still fears for his grandchild’s life!

"That text has been sticking in my head, I can’t get over it because my home country, when I pull on the U.S. jersey, I’m one of only two Americans in the Premier League, I represent when I am playing this is what people see. It’s been embarrassing and teammates say 'bro your country is a shambles' and it is, I can’t defend it.

"That’s actually so embarrassing for us, his whole presidency, how was he elected, it’s mind-boggling. You can really see now he is the worst possible person in a situation like this, he doesn’t promote unity at all, he wants division, which is crazy for a U.S. president such a powerful country. The fact that it’s been said by the face of our country is ludicrous."