For Charlie Wakefield, everything was moving in the right direction in terms of his footballing career.

Aged 18, the England youth international had spent time training under Antonio Conte alongside the global superstars that made up the Chelsea first-team squad, his chance of debuting for the club he joined at the age of 11 moving ever closer.

Then, almost overnight, that dream ended.

Wakefield never got the chance to represent the Blues before departing in 2019, as, after a run of poor injury luck, a freak illness meant that his chance to break through at Stamford Bridge had gone.

Now playing non-league football, Wakefield opened up to Goal about where it all went wrong for him in west London.

"I was playing at Chelsea, 18-years-old, everything was going well, and heading into the Under-23s having won a lot of trophies," he starts by saying. "I played in unbelievable teams with the likes of Mason Mount, Andreas Christensen, Ruben Loftus-Cheek and many more. Everything was good.

"I was a Chelsea fan before I signed for them. I used to get goosebumps on Champions League nights.

"All of a sudden, injuries started. I have had 10 hamstring injuries between the ages of 18 and 21.

"I have, though, been fortunate, I battled through the dark days. You ask yourself, 'Why me?' I didn’t do anything wrong to deserve it as I was professional.

"I then had a collapsed lung which came on top of the hamstring injuries. I had 10 days off to go on holiday so I went to New York with my girlfriend. The plane journey led to me suffering a collapsed lung on the drive to my first training session upon my return.

"I was rushed to hospital from the training ground and I had to have two months out with no exercise after that.

"At that point, I remember feeling like I must have killed someone in my previous life. 'What the f*ck is going on?!'

"I got fit, but I was injured so long that I wasn’t getting a new contract. I have a great relationship with the academy manager, Neil Bath, and we had that conversation. They had looked after me and it was fair enough."

Wakefield's luck did not improve following his release from Chelsea, as Covid-19 forced football to shut down just two months after he had signed a short-term deal with League One promotion-chasers Coventry City.

As such, the 23-year-old is now keen to help other young players who might be struggling with the pressures and potential pain that comes with being a professional footballer.

"It has been a rollercoaster, but it makes me feel bulletproof," he adds. "I want to be someone footballers can reach out to because I have been there. 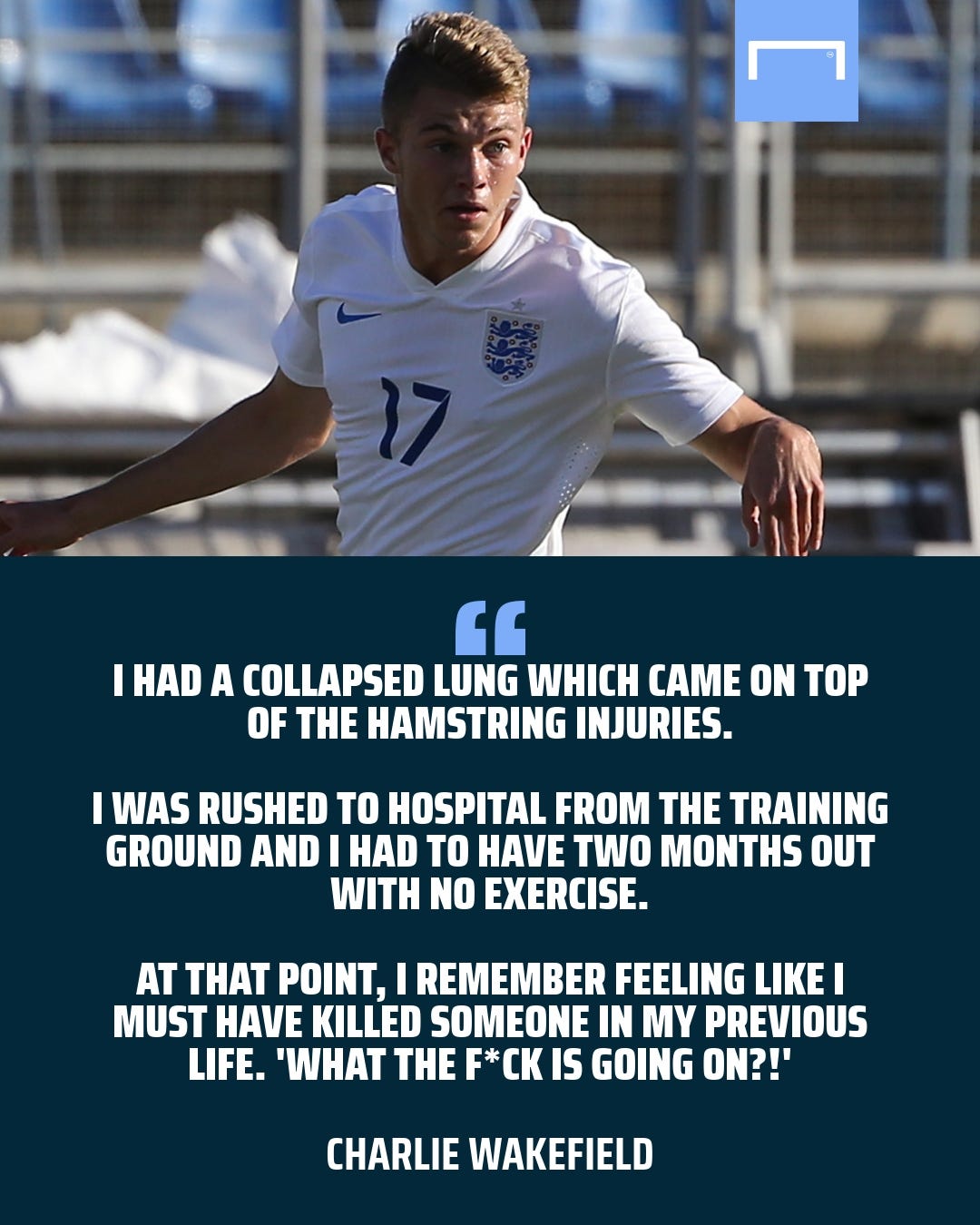 "There’s a player in every changing room that’s struggling, but because it is a lot of alpha males in the men’s game together with big egos, you don’t want to speak out if you are struggling.

"A bit of banter could go too far in the training room, but the atmosphere is just about enjoying that at whatever club. If you are struggling at a club, you won’t want to speak to a manager or academy boss because you don’t want to give them a reason to think you are weak or not pick you for a game."

Wakefield is now looking forward to the new season at Yeovil Town having taken in spells at Wealdstone and Bromley over the past 12 months.

Promotion back to the Football League for Yeovil is the aim, with Wakefield keen to take inspiration from players who have worked their way to the top of the game after playing in non-league at an early age.

"Literally, Wealdstone just slid into my DMs through their goalkeeper coach," he says of his journey over the past year. "I knew the Wealdstone Raider through the viral video, but was happy to see they were in the National League.

"Bromley came in after and I went because they are full-time. I am grateful, but I don't think it is arrogant to say that I know I can play in the Football League. I hope to look back on one hell of a journey and story, losing it and getting it back.

"People like Jamie Vardy and Tyrone Mings inspire you, who went through non-league and came back. Six good months can change your life in football, that’s what’s great about the sport."

Away from the pitch, Wakefield has also been keen to spread positive messages around mental health, and recently raised money for the Tape 2 Talk charity through the six-a-side MentBall tournament that he set up.

Tape 2 Talk is a mental health charity that was set up in the memory of ex-Manchester City academy player Jeremy Wisten, who tragically died following his release from the Premier League outfit.

"I saw a lot of boys being released from academies and suddenly not able to play because football has stopped (because of Covid-19)," Wakefield explains.

"On the extreme end, I was saddened to hear that a couple of people have committed suicide who were playing in football.

"I want to be a voice and be someone that people feel they can speak to."