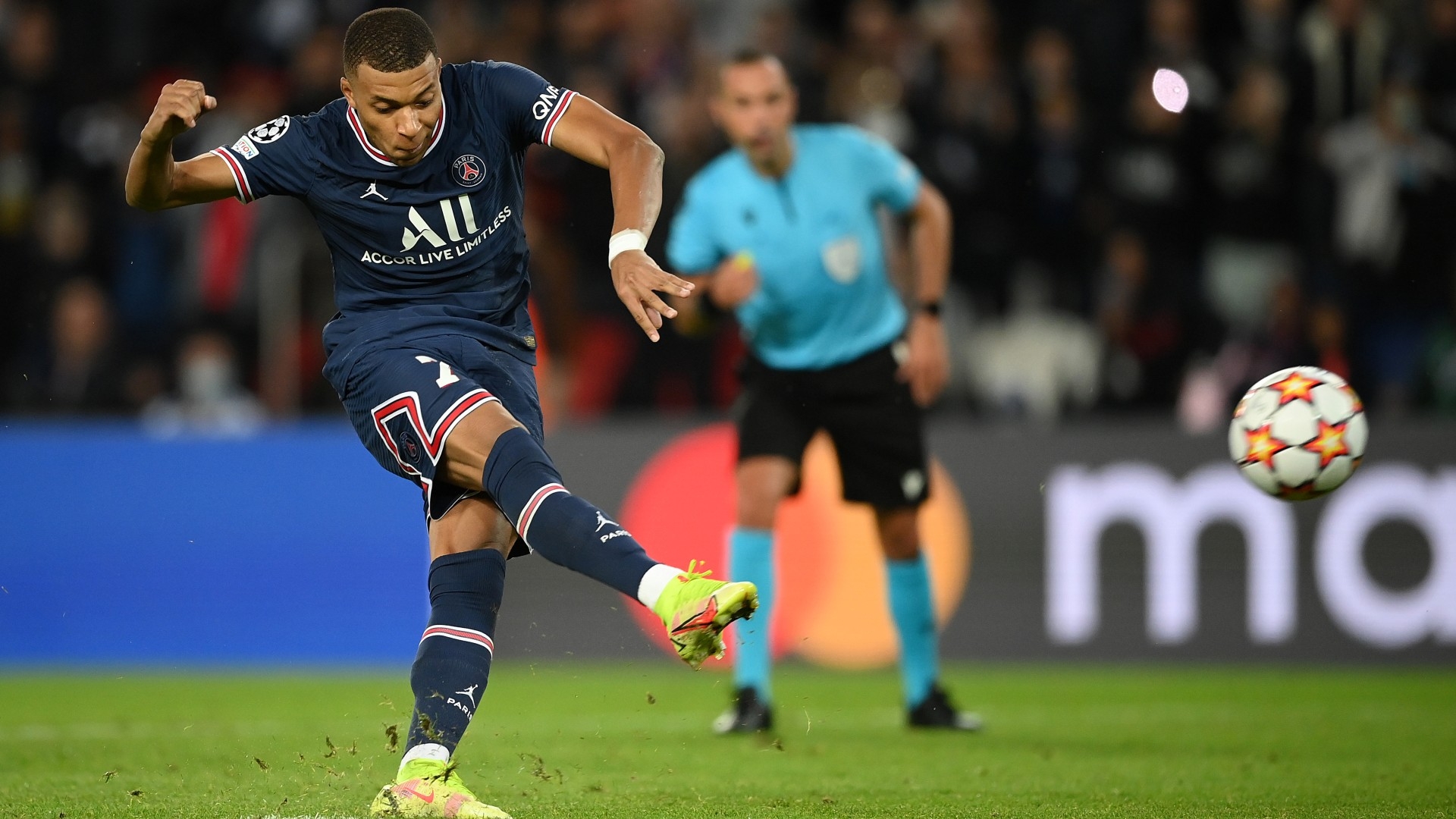 Kylian Mbappe missed an injury-time penalty and denied Lionel Messi a shot at a hat-trick as Paris Saint-Germain scrapped their way to a 3-2 win over RB Leipzig in the Champions League.

The Frenchman took over spot-kick duties from his team-mate late on at Parc des Princes, looking to add a second of his own after opening the scoring in the first half.

Instead, the forward proceeded to sky his attempt following a prolonged period of controversy over whether to award the penalty in the first place.

PSG had already forced themselves to battle back, having initially taken the lead through Mbappe's early effort, before conceding to finishes from Andre Silva and Nordi Mukiele.

The former teed up Messi's first to square things up and then the Argentine had netted a panenka penalty of his own to restore the lead - and seemed destined to take this final spot-kick.

Yet amid much deliberation with VAR over whether to award the hosts their penalty for a foul on Achraf Hakimi by Josko Gvardiol, Messi ceded duties to Mbappe, spurning his hat-trick shot.

Kylian Mbappe searching for where that penalty landed 🚀

Lionel Messi won't be so kind next time 😅 pic.twitter.com/DGNGiUiusA

With a short run-up however, the France international did not merely flash his finish over the bar so much as fire it out of a cannon, leaving him to rue his missed opportunity.

Speaking after the match, Mbappe explained that the decision for him to take any follow-up penalty following Messi's first was a matter of courtesy, one that the two players agreed upon earlier.

"It's normal. It's respect," he told Canal+. "He's the best player in the world, it's a privilege to play with him. On the second, we exchanged, he told me to take it."