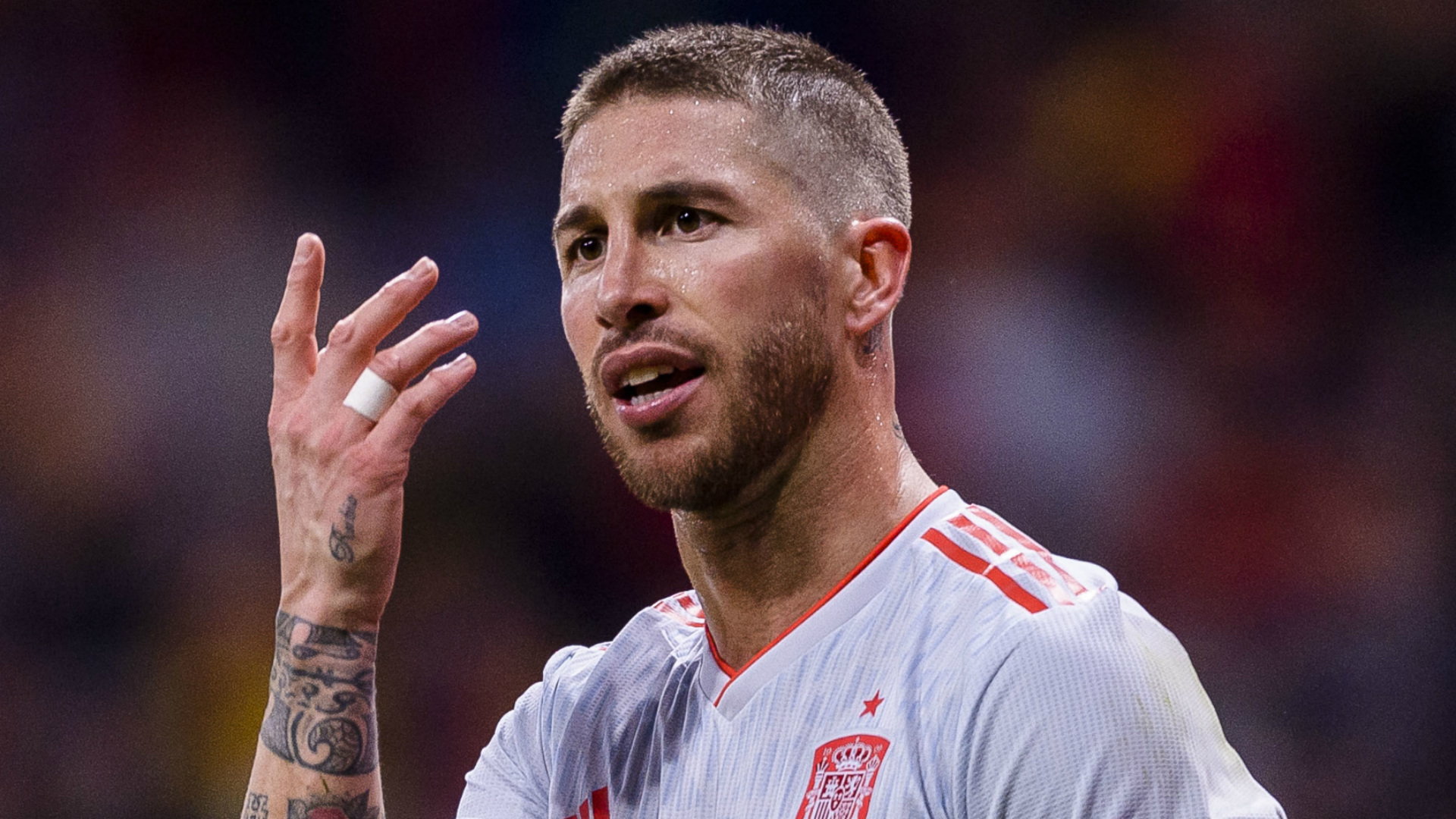 The Real Madrid defender insists the national team is together, despite the sacking of Julen Lopetegui two days before their opener against Portugal

Spain captain Sergio Ramos insists that the team is united despite the sacking of Julen Lopetegui on Wednesday.

Lopetegui was sacked after taking the Real Madrid job on Tuesday, in a turn of events that has rocked La Roja just two days before their first game at the 2018 World Cup, against Portugal.

Fernando Hierro has been installed as the axed manager's successor ahead of the tournament, but several reports in Spain have claimed that the players attempted to convince the Spanish Football Federation (RFEF) to allow Lopetegui to stay on.

Ramos has now taken to Twitter to issue a rallying cry to supporters, insisting that La Roja remain focused on clinching glory in Russia.

"We are the National Team, we represent a shield, colours, fans and a nation. The responsibility and the commitment are with you and for you. Yesterday, today and tomorrow, together. #VamosEspaña."

Lopetegui did not lose a game during his tenure, guiding Spain to 14 wins and six draws in his 20 matches in charge.

Indeed, Spain qualified for the tournament in Russia unbeaten, winning nine and drawing one of their qualifying matches, eventually finishing five points clear of second-placed Italy.

As well as Portugal, Spain will face Iran and Morocco in Group B in Russia.

Ramos has won a total of 155 caps for Spain, and has won two European Championships and the World Cup during his time with the national team.