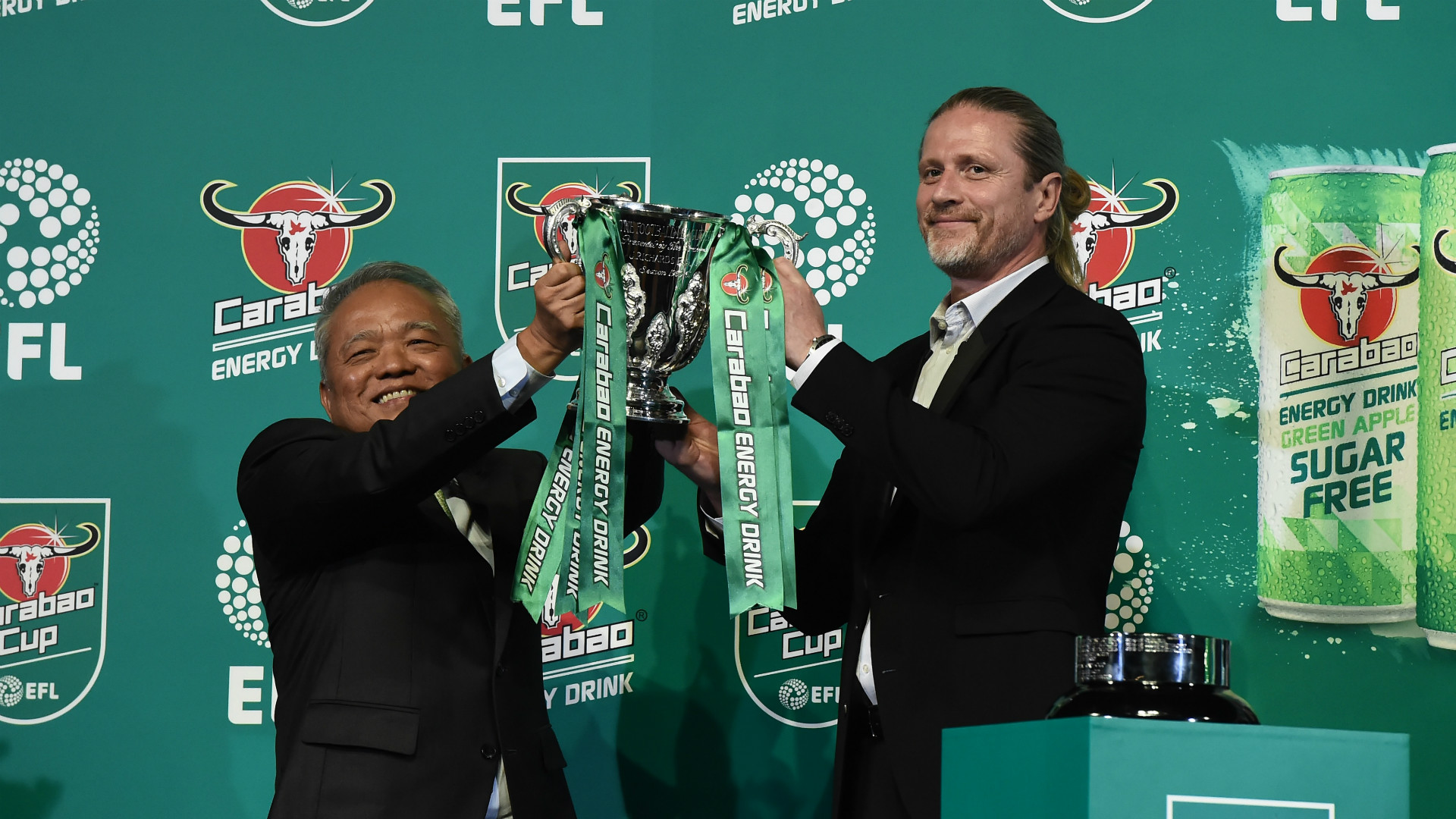 Held in Bangkok for sponsorship reasons, the first-round draw of the competition formerly known as the League Cup was plagued with technical problems

The first draw for the rebranded Carabao Cup - formerly known as the EFL Cup and League Cup - descended into farce on Thursday when Charlton Athletic came out of the hat twice.

After initially being handed an away match against Exeter City, Charlton were then listed on an on-screen graphic as having a second tie at home to Cheltenham Town.

Hahaha what a mess of a draw, charlton have been drawn twice and they've not even noticed#CarabaoCup pic.twitter.com/LQsCRok7bT

As the live stream that was being used to broadcast the draw was experiencing a sound issue, organisers were unable to explain that it was actually Oxford United who would take on Cheltenham.

Charlton will indeed face Exeter, and their club Twitter account saw the funny side of the situation by posting a poll asking fans which of their two 'opponents' they would prefer to face.

Who would you rather play in the first round of the @Carabao_Cup? #cafc

Having been renamed the EFL Cup to go along with the Football League's rebranding exercise last season, the competition has now signed up for a new sponsorship deal with Thai energy-drink company Carabao.

As a result, the first-round draw for the Carabao Cup was held in Bangkok, with the aforementioned faulty live stream filling in fans back home in England and Wales on the result of the draw.

The Charlton blunder was not the only graphical error to create confusion - Forest Green Rovers and Yeovil Town had their opponents, MK Dons and Wolves respectively, swapped and Swindon were listed as facing AFC Wimbledon despite both teams being unseeded.

"The EFL would like to apologise for a number of third-party technical issues that affected the coverage of this afternoon’s Carabao Cup round-one draw in Bangkok," an EFL statement reads.

"There were inaccuracies - as a result of human error - in the live graphics output that resulted in confusion and incorrect ties being displayed on screen. In addition, some users did experience difficulties in accessing the stream on certain external platforms. Both issues are currently under investigation.

"The EFL can confirm that the draw was not compromised in any way and all clubs have received confirmation of the round-one ties."

The draw in full is listed below. Most Premier League clubs will enter in the second round, with those teams who have qualified for European competitions this season receiving a bye to the third round.