Cristiano Ronaldo looked a little worse for wear in Portugal training on Monday, with the Manchester United star sporting a black eye and nose cuts.

WHAT HAPPENED? Those wounds were picked up during a UEFA Nations League clash with the Czech Republic in which the five-time Ballon d’Or winner suffered a nasty collision with Tomas Vaclik. He was left bloodied on the field, and now has plenty of bruises to tend to as he prepares for a meeting with Spain on Tuesday. 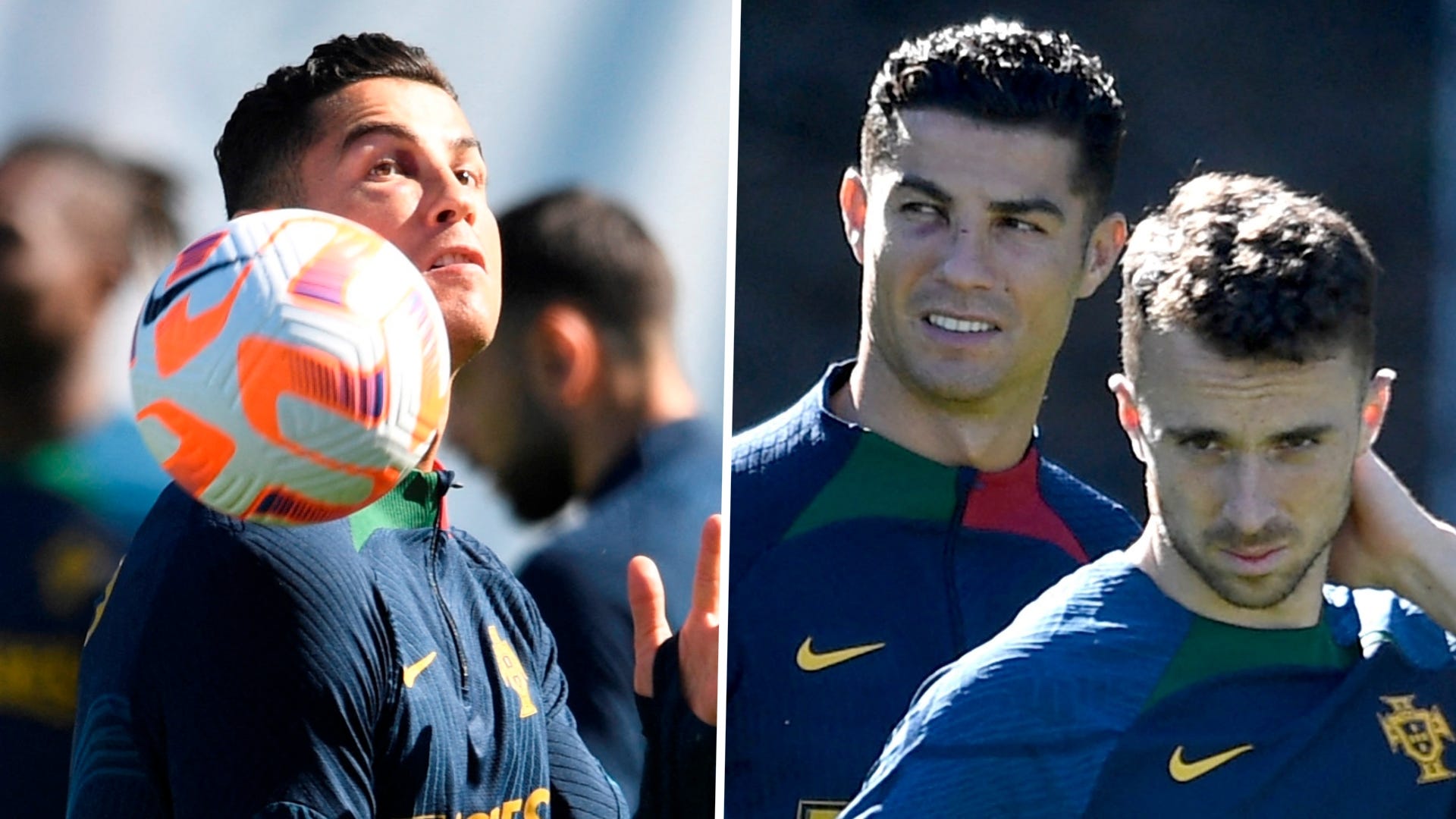 THE BIGGER PICTURE: Ronaldo was fixed up against the Czechs, allowing him to complete 90 minutes for his country, but he drew another blank in what has become a frustrating 2022-23 campaign.

WHAT NEXT FOR RONALDO? The 37-year-old spent much of the summer pushing for a move away from United and has found himself stuck on the bench under Erik ten Hag after seeing a transfer window shut with no move put in place.