Germany
Chris Davie
20:14 26/06/2016 Comments()
Getty Images
The Arsenal midfielder has become the first German player in the history of the European Championship to miss a penalty after seeing his spot-kick saved by Matus Kozacik

Mesut Ozil is the latest player to set an unwanted record at Euro 2016 after he missed a penalty in Germany’s clash with Slovakia.

The Arsenal midfielder squandered the chance to put Joachim Low’s side two goals ahead as his spot-kick was saved by Matus Kozacik. 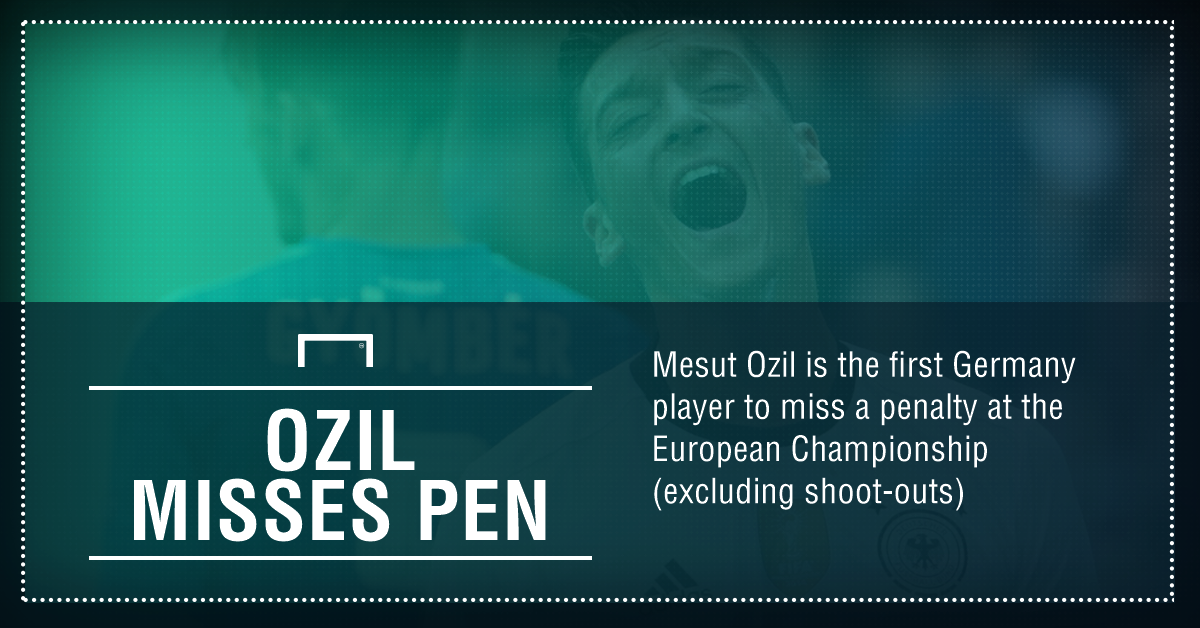 And it was the first time in the history of the European Championship that a German player missed a penalty during a match, excluding shoot-outs.

Thankfully for Ozil, Germany had taken the lead through Jerome Boateng’s excellent strike before Mario Gomez doubled the World Cup holders’ lead after some excellent skill from Julian Draxler.