Mathys Tel: Rennes record-breaker out to follow in Camavinga's footsteps 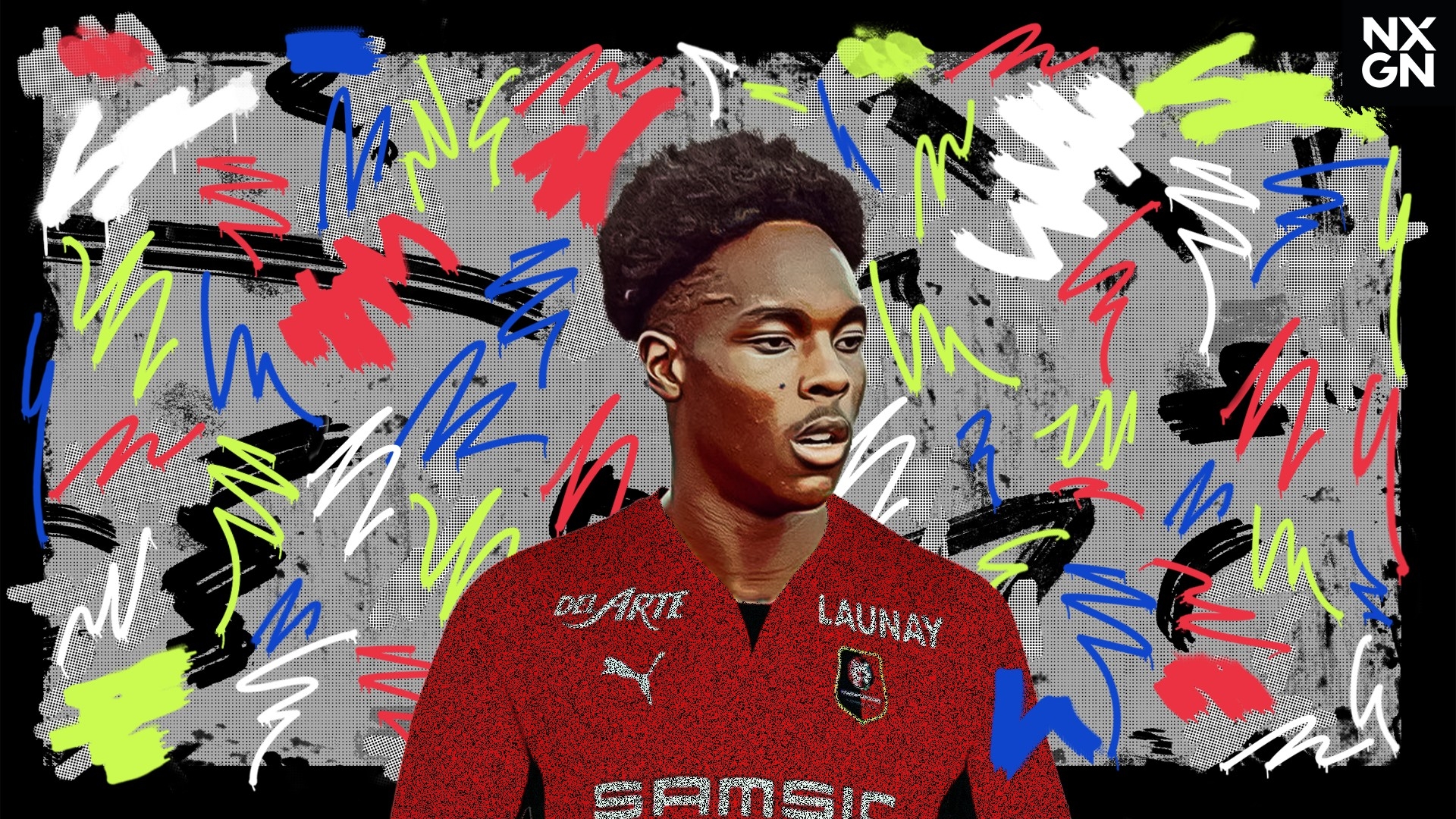 Ajax, Borussia Dortmund, Barcelona, Chelsea – ask most football fans to name the best clubs for developing young talent in Europe and the usual suspects will almost always crop up.

There are others, of course, with all of the continent's elite clubs now possessing academies that are bursting at the seams with potential superstars of the future.

One club that might not immediately come to mind, however, are Rennes.

But the Ligue 1 side's track record in recent years of both producing their own talented youngsters, while also providing a stepping stone for teenage stars who began their footballing education elsewhere, is almost second to none.

Their two biggest success stories of recent years come in the form of two homegrown starlets who now find themselves on opposite sides of Spain's Clasico divide, in Ousmane Dembele and Eduardo Camavinga.

But they are unlikely to be the last players to emerge from Roazhon Park with the potential to go onto play at the very highest level.

Highly rated wingers Jeremy Doku and Kamaldeen Sulemana have already been tipped to join Premier League clubs in the not-too-distant future, with the pair just two of eight players aged 19 or under to have appeared for Bruno Genesio's first team already this season.

Of those eight, perhaps the one with the highest ceiling is also the youngest of all: Mathys Tel.

Tel has already broken one of Camavinga's records, having become the youngest player to ever represent Rennes when he debuted against Brest in August 2021 at the age of just 16 years and 110 days.

That placed him 11th on the list of the youngest-ever Ligue 1 debutants and, three days later, he was further rewarded for the impressive strides he continues to take with a first professional contract.

"This is very emotional for me because it's my first professional contract," said the young forward. "The hardest part is still to come.

"A lot has happened in the last few days, and they are all positives. I have to use this as a strength. I will continue to work as I do every day. The goal is to go as far as possible with the team."

Tel has since made three more first-team appearances, as the forward continues to benefit from not only the talent but perseverance he has demonstrated during his fledgling career.

Having spent some time at France's world-famous Clairefontaine training centre, Tel dotted around various clubs through his childhood, before joining Montrouge, a club in the Parisian suburbs famous for its youth programme, in October 2019.

Despite being just 14 at the time, he was keen to enrol into the Under-17s squad, and was not about to take no for an answer.

"When I met him, my team was second in its championship (U17 Nationals) and I said I didn't necessarily have any needs in his position," Thomas Berlette, Tel's coach at Montrouge, tells Goal. "He replied: 'No problem, I'll prove myself and work.'

"The following week, I saw him in a session, the rest of the group looked down on him a bit because he was younger, but he was fully committed. He wanted to progress and learn.

"At the end, I could see the other young players saying that he was too determined!"

Tel proved himself a model student, with the teenager never failing to arrive on time despite living 30 kilometres away in western Paris.

Interest in him from elsewhere began to grow and, before the season was out, Rennes agreed a deal to bring Tel to Brittany for the start of the 2020-21 campaign, although they thought they were signing a centre-back only for the youngster to pop up in attack and score against their U17s later that season.

Despite Tel having emerged as a forward-thinking player over the past year, it was not so long ago that he was playing in defence, only for Berlette to intervene and change his career forever.

"With my staff, we thought he had dribbling and speed qualities and that it was a waste not to be able to take advantage of them, so we started to play him out wide," Berlette, who is now the assistant manager at Reims, explains.

Quite which position Tel will eventually make his own is still up for some debate, given he has already been utilised as a defensive midfielder, box-to-box player, winger and, most recently, an out-and-out striker.

"Now, he will no longer play in defensive positions," one of Tel's relatives tells Goal. "On the other hand, whether it's in the No.8 position, out wide, in attack or as a No.10, everything is open."

The debate rumbles on among those in the game too, with a scout from a major European club telling Goal: "I thought he was good in a midfield position, capable of repeating actions and runs while being technically correct. But even in attack, he is constantly on the move to offer solutions or link-up with the midfield.

"I think he will be a very high-level player, but which position will be the best for him? I don't have the answer."

For now, Tel is certainly excelling in that central striker position, and has scored five goals his first four games for France U18s, picking up the Player of the Tournament prize at September's annual Lafarge Foot Avenir youth tournament. For context, Gavi – who made his full international debut a month later – was in the Spain squad that won the competition.

Back at Rennes, he spent his first season with the club working on his first touch, with coaches keen to upgrade his technical skills to match the physical and mental attributes that already allowed him to play against those much older than him.

He made his UEFA Youth League debut at 15 against Inter, and after impressing Genesio when called-up to join the first team on their pre-season trip to Spain, he has been part of the senior ranks ever since.

Comparisons have even been made to Thierry Henry, but they may be a little premature. What is certain, however, is that the Rennes production line is showing no sign of slowing down anytime soon.