The 35-year-old former World Player of the Year trained with his new team-mates for the third time on Wednesday and coach Enderson Moreira has confirmed the World Cup-winner is in contention for Saturday's Brasileirao showdown at the Maracana on Saturday.

Ronaldinho sealed his return to Brazil earlier this month after a year with Mexican club Queretaro but was given two weeks' holiday before reporting for training.


He has thus far impressed on the practice field, scoring three times in his first session with the Rio-based club, and was in the starting line-up at Wednesday's session.

A World Cup and Copa America winner, who has also lifted both the Uefa Champions League and the Copa Libertadores, Ronaldinho is now hoping to resume his career against Gremio, where he began his playing days in 1998 and whom he helped to a state title in 1999 before joining Paris Saint-Germain two years later.

Fluminense sit seventh in Brazil's top flight after 16 matches and are in search of their first national title since 2012 – one of the few competitions in which Ronaldinho has competed but never won. 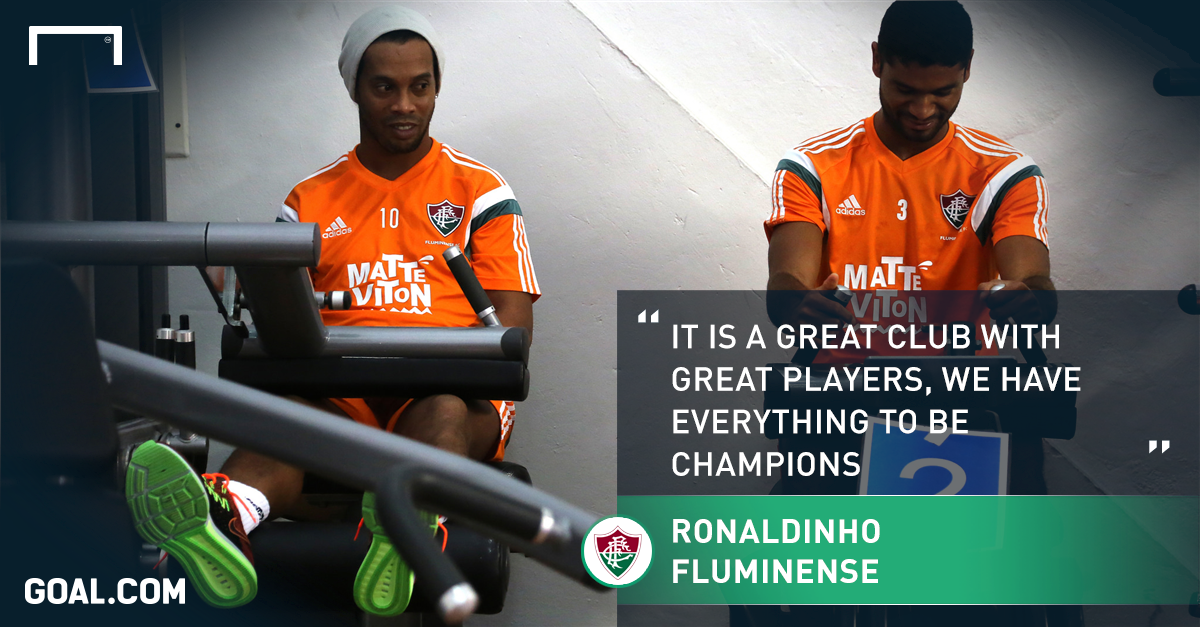 "What motivated me is a title that I don't have, Brazilian championship. It motivates me a lot. It is a great club with great players, we have everything to be champions," he said earlier this month.

"It's good to return for a big club. I'm very happy and motivated.

"I wanted to play after seeing the stadium (Maracana) and the fans with all their support. My legs are trembling with desire to play."