Nemanja Matic has joked that his summer move from Manchester United to Roma as a free agent was driven by a desire to overtake Chelsea legend Frank Lampard as the midfielder with the most appearances taken in under Jose Mourinho.

The Serbian star has been reunited with a Portuguese coach in Italy that he has previously worked under on two occasions in England.

Those spells came at Stamford Bridge and Old Trafford, with the 33-year-old looking forward to working with a familiar face again after agreeing to take on a new challenge in Serie A.

What is Lampard’s record that Matic is looking to break?

Ricardo Carvalho is the player with the most overall appearances under Mourinho, 292 in total, with the former Portugal international defender having worked with a fellow countryman at Porto, Chelsea and Real Madrid.

John Terry took in 266 outings across a demanding tactician’s two stints in charge at Stamford Bridge, while Lampard sits third on that all-time list with 215 games under his belt.

Matic remains some way off that mark on 159, but he will be hoping to earn an extension at Roma beyond the end of his initial one-year contract.

He has said of the reasons for heading to Stadio Olimpico: “With Mourinho we know each other well and I am happy to find him here. I’m here for him, but I’m happy to be part of this great club, it’s attractive for players and it was for me.

“I am trying to beat Lampard as the player with the most appearances under Mourinho. I think the team has great quality players with youngsters who can be important in the future. I can’t wait to start.” 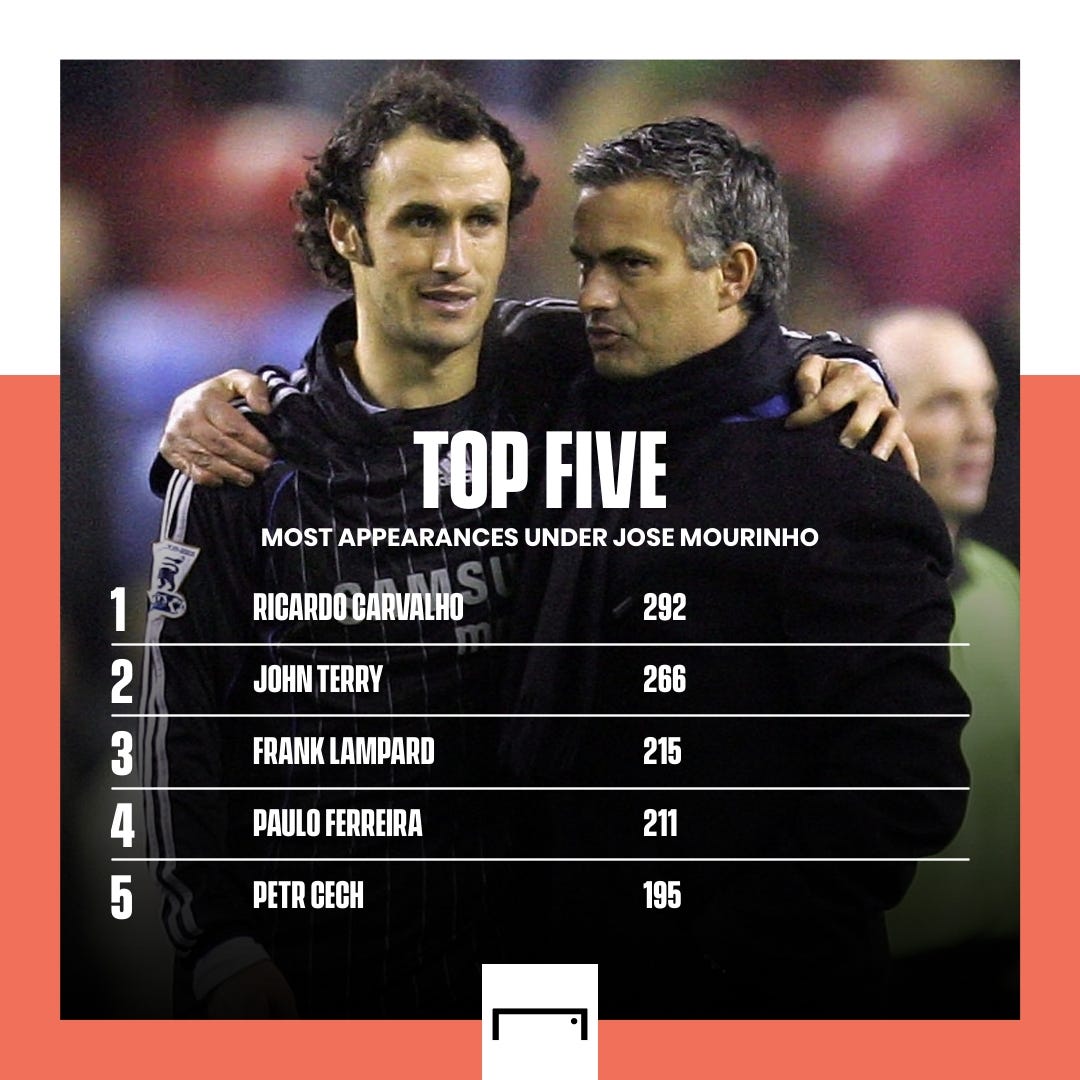 Why did Matic leave Man Utd?

Matic has arrived at Roma after reaching the end of his contract at Manchester United, with the decision taken to sever ties with Premier League heavyweights after five years on their books.

Various offers were put to a vastly-experienced operator, but he is convinced that reuniting with Mourinho was the best decision for him at this stage of his career.

Matic added on walking away from another rebuild at Old Trafford that is about to be overseen by new Red Devils boss Erik ten Hag: “After eight-and-a-half years [in England] I wanted a new experience.

“Roma is an important challenge, Serie A as well. I could have stayed in the Premier League, but I decided to try things out in Italy.

“There are so many clubs, it’s a great league. I’m convinced I made the right choice.

“Revolution at Manchester United? They haven’t won a title for several years, they’ll definitely improve and I wish them the best. It’s hard to say then what will happen, but I was very happy there.

“It’s normal after playing so many years at Manchester United to have so many offers, but I wanted Roma and I wanted to reunite with Mourinho. It’s true that I had a couple of alternatives, but I’m convinced I made the right choice.”