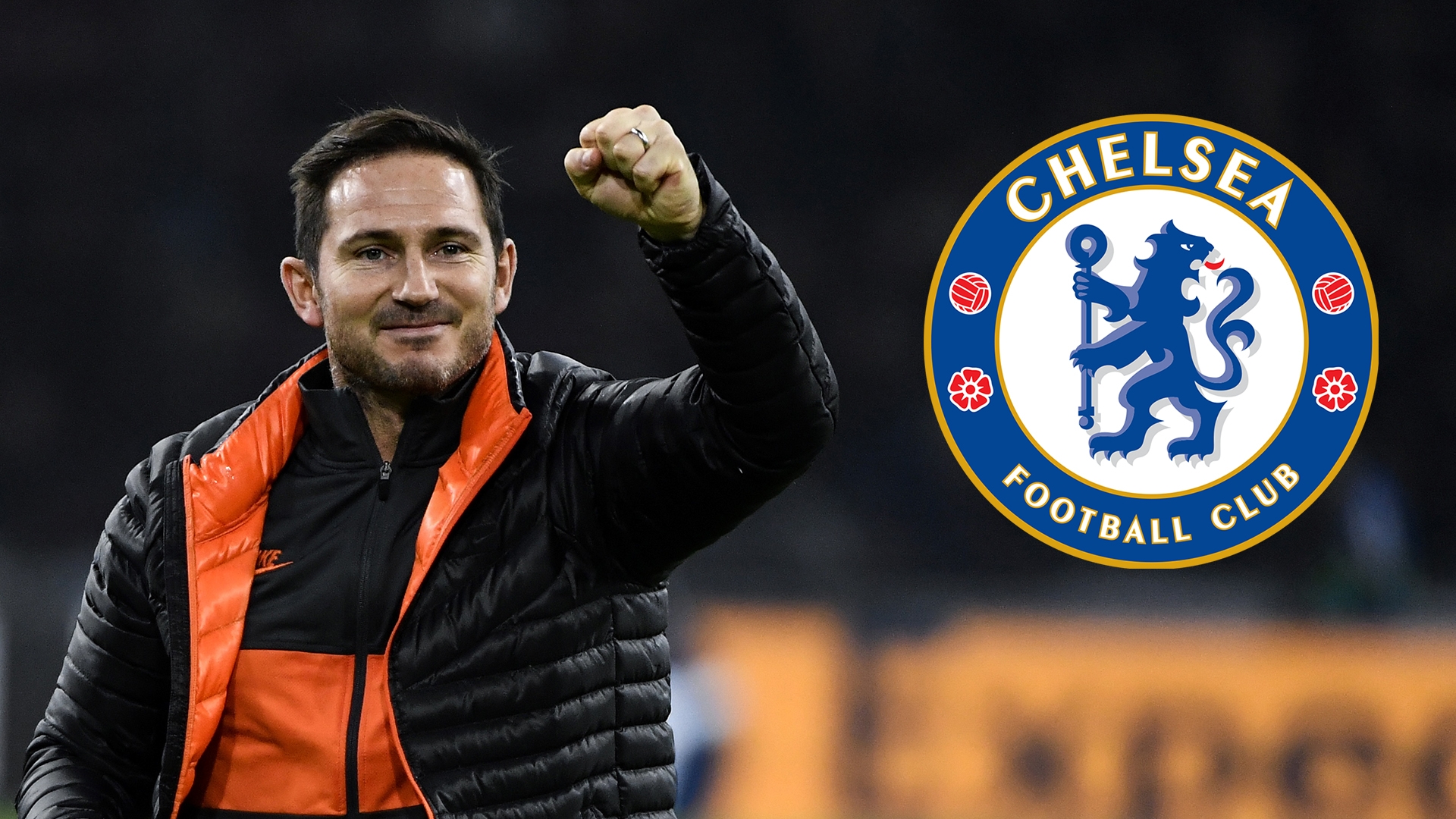 At Derby County last season, the 'Frank Lampard bounce' was very real, with the rookie boss regularly instructing fans to jump up and down.

At Chelsea, it is metaphorical – but no less enjoyable for the supporters.

After a successful but turbulent season under Maurizio Sarri, Lampard has proved a unifying force at Stamford Bridge.

What is more, he is getting results in a job that even the former midfielder did not expect to be offered at such an early stage in his coaching career.

Lampard's lack of experience was meant to hold him back yet his prior knowledge of the club means he has looked right at home in one of the most demanding environments in football.

Chelsea are fourth in the table, level on points with third-placed Leicester City, and just two behind reigning champions Manchester City. In addition, they now sit top of their Champions League group after Wednesday's spirited 1-0 win at Ajax, who reached the semi-finals of last season's tournament.

The Blues have improved with each passing week and are presently in the midst of a six-game winning streak ahead of Saturday's trip to Burnley.

Things are going so well that it is easy to forget that Chelsea were expected to struggle this season following the sale of star player Eden Hazard to Real Madrid, a loss that should have been compounded by the Blues' inability to sign any new players due to a transfer ban.

Even a subsequent injury crisis – on which forced Lampard to name youngsters such as Billy Gilmour and Marc Guehi on the bench – has been glossed over because of the Blues' fine form.

Chelsea fans had been hoping to see many of the club's academy products in action for the first team this term but many felt that it would mean sacrificing any hope of success in the immediate future.

However, now it looks as though the fans can have their cake and eat it, with Tammy Abraham and Mason Mount effectively replacing Hazard's goals and assists between them, and Fikayo Tomori making the decision to offload veteran defender David Luiz a shrewd call.

The most impressive aspect of Lampard's tenure so far, though, is the way in which he has managed his squad.

Jorginho was expected to suffer without his footballing father figure, Sarri; Lampard cleverly made the midfielder vice-captain and is now being rewarded with arguably the most productive period of the Italy international's time in west London.

Lampard was also integral to Callum Hudson-Odoi's decision to commit his future to Chelsea but has been hard on the winger, believing a brand of 'tough love' is to get the best out of a player he holds in the highest esteem.

The former England international also showed a firm but fair hand in dealing with Ross Barkley, who was involved in a late-night row with a taxi driver over spilt chips, and done a fine job addressing the frustration of several fringe players, most notably Olivier Giroud.

The French forward publicly admitted that he may have to leave in January to boost his hopes of representing his country at Euro 2020 but, as Lampard stated, the pair have been open and honest with one another, with the manager even going so far as to say that he is glad that the striker is unhappy with his lack of game – as all good professionals should be.

Christian Pulisic's lack of game has also been the subject of much debate but, again, Lampard appears to be handling situation impeccably. The American has made a big impact coming off the bench in the past two games and now looks ideally placed to deliver exactly what his boss is asking of him.

Pulisic certainly did not come across as disgruntled after playing a pivotal role in the 1-0 victory in Amsterdam. He was more interested in hailing the camaraderie that Lampard has created in the dressing room.

“It’s tough to say why [things have changed]. I think we put a lot of hard work in and throughout the game, and at half time, we just said to keep going, keep fighting because we’re doing well and the subs are going to come in for tired guys and really make a difference," the United States captain said after a third assist in four substitute appearances.

"Team spirit definitely doesn’t need to be questioned. It’s there and we’re going to keep going. Now we’ve got six in a row, we want to keep going, keep fighting and keep it up and get the best results we can."

Just as significantly, things are going well off the field at Chelsea, with Lampard and his backroom team at ease working at every level of the club.

Indeed, the new manager has a good working relationship with director Marina Granovskaia, while Lampard and his coaching staff are often seen attending under-age games.

Chelsea, it seems, finally have the ideal manager to make the most of the huge amount of talent coming out of their academy – not that former striker Eidur Gudjohnsen is surprised.

“I think this year will be the perfect opportunity for Chelsea as a club to mould the players like they did with John Terry, who came in at a young age," the Icelandic told Goal. "Claudio Ranieri played Lampard constantly until he was the player he was.

"When Ranieri signed him, Lampard's first season was pretty average. I think he would say that himself, but every season he grew. Once he played every game, then you could see him growing and becoming more important to the team.

"Then he became arguably the best player in Chelsea’s history. It is an incredible record he had and it shows that if you are given the time, then you can reach the absolute top.

"Maybe this situation at Chelsea, with not being able to sign players, is a blessing in disguise."

Lampard's return has certainly been a godsend.

He has fostered a wonderful team spirit that was there for all to see in Amsterdam and best exemplified by the fact that Abraham was the first player to go congratulate Michy Batshuayi on his match-winning goal, even though the Belgian is his main rival for a starting spot.

Up in the stands, meanwhile, the fans were celebrating, jumping up and down. The manager had not even had to ask. The 'Lampard bounce' is already even more keenly felt at Chelsea than it ever was at Derby.