In an exclusive interview with GOAL, the Arsenal ace says she initially resisted the positional change that put her on the path to stardom.

Beth Mead has had a few strange moments since starring for England this past summer.

After winning the Golden Boot and Player of the Tournament awards while helping the Lionesses triumph at Euro 2022 in Sarina Wiegman’s first tournament in charge, she jetted off to Greece for a well-deserved break.

On one particular night out, she went to pay for her meal one night only to find out “a lovely English family” had done so already.

“I still don't know who they are to this day because they paid without telling me!” she tells GOAL, chuckling at the memory. “But thank you very much to them.”

Upon her return, she was at the Emirates for Arsenal’s Premier League fixture with Fulham, celebrating the summer’s achievements.

It was "a surreal experience", she says, to walk around the pitch in full Gunners attire but find herself as in demand for photos when going past the away end as she was with the home fans.

This was a summer that plunged these players into the mainstream – with Mead certainly not the only Lioness getting to grips with greater media attention than ever before.

Indeed, in one of the more bizarre episodes, Ella Toone, who opened the scoring in the final, was snapped eating a pasty by a national newspaper.

“I remember going into the last camp and Sarina went, 'Anything funny happened?' Tooney's like, 'Yeah, I got snapped eating a pasty walking down the street!'”

It’s no surprise, in a way, after England were supported by record attendances and viewing figures as they brought football ‘home’.

Mead started all six games, scored six goals and provided five assists. Her form was unstoppable, carrying on from her best season in an Arsenal shirt to date. 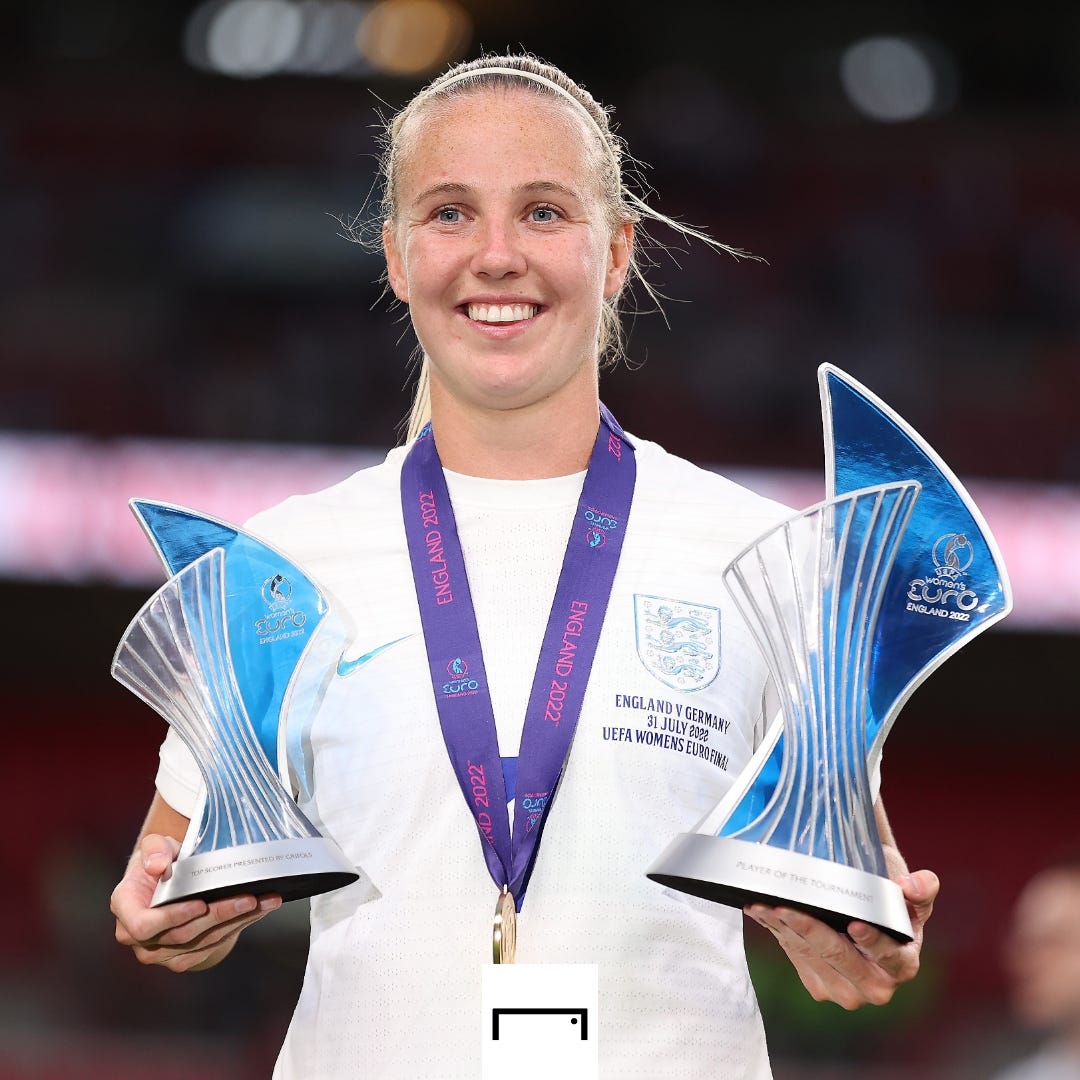 It’s funny, then, to look back at when she first signed for the club, aged 21. A free-scoring No.9 with Sunderland, her move to London would bring with it a change in positions that has, over time, seen her become one of the best wingers in Europe.

Six years ago, though, she wasn’t so keen on the new role.

“The toughest thing for me was accepting it,” she says. “I'd been so good and effective as a No.9 that I couldn't understand why they would want to move me into a different position.

The key to the successful switch, Mead jokes, was “me stopping being a little brat”.

She talks about learning how to get at people one-v-one, one of her best traits in her game today, and mentions improvements in her crossing, her positioning and her pressing – “I’d like to think it’s one of my strengths now,” she says of the latter.

Of course, becoming such an influential player for club and country means there are a lot of games to play and, therefore, a lot of recovery to do.

Having become meticulous in her approach to the game, Mead was immediately interested when Katie McCabe, her Arsenal team-mate, mentioned that she was using WHOOP, a fitness wearable that tracks recovery, sleep and everything in between. 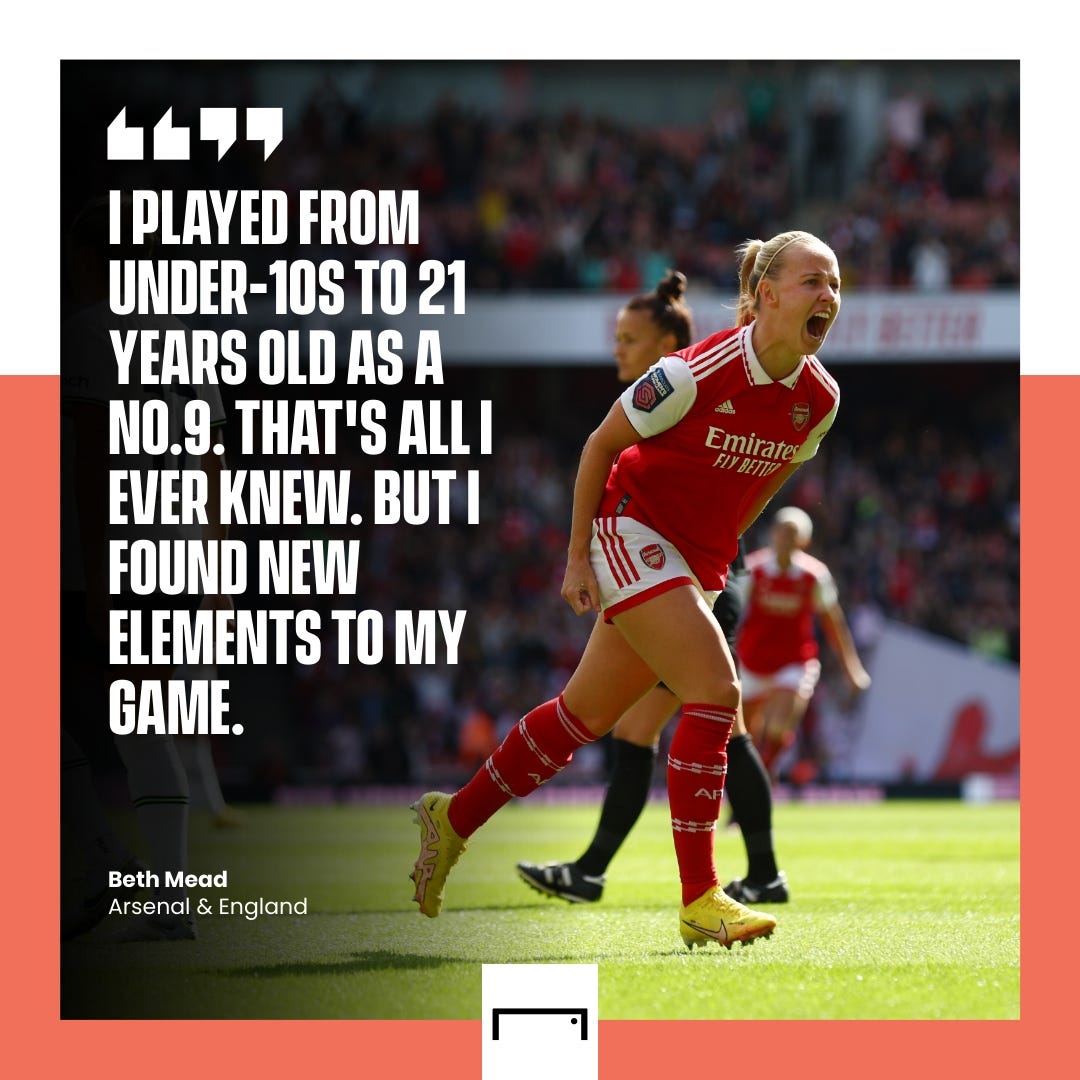 Indeed, she’s now part of an incredible roster of elite athletes that use the tool on a daily basis – including footballers Gareth Bale and Robert Lewandowski, as well as athletes such as Super Bowl-winning quarterback Patrick Mahomes.

“I think it's one of my biggest tools for recovery,” Mead says. “With us playing so many games at the moment, it's been incredibly important for me to try and get it right.

“It's something I can control, I guess. Stuff on a football pitch, you can't always control, but the stuff you do off it you can. WHOOP has been really important for me for that.

“Last season was very busy, then we had the Euros on the end of it. For me to be able to track how much I sleep, what my strain for our games is – it gives you where your recovery is at after each day in relation to your sleep and your strain pattern.

"I make sure that I'm in green recovery before every game and so far, touch wood, I've been pretty consistent in my football in the last few years.”

After winning the Euros, England’s focus now switches to next summer’s World Cup.

Ahead of the tournament, the Lionesses have friendlies against top opposition lined up. That starts with the reigning world champions, the United States, who beat the Lionesses in the semi-finals in 2019, on Friday evening.

“I think it's going to be an interesting game,” Mead says. “It'd be nice to see where we're at in comparison to them now. I'd like to think we've bridged that gap." 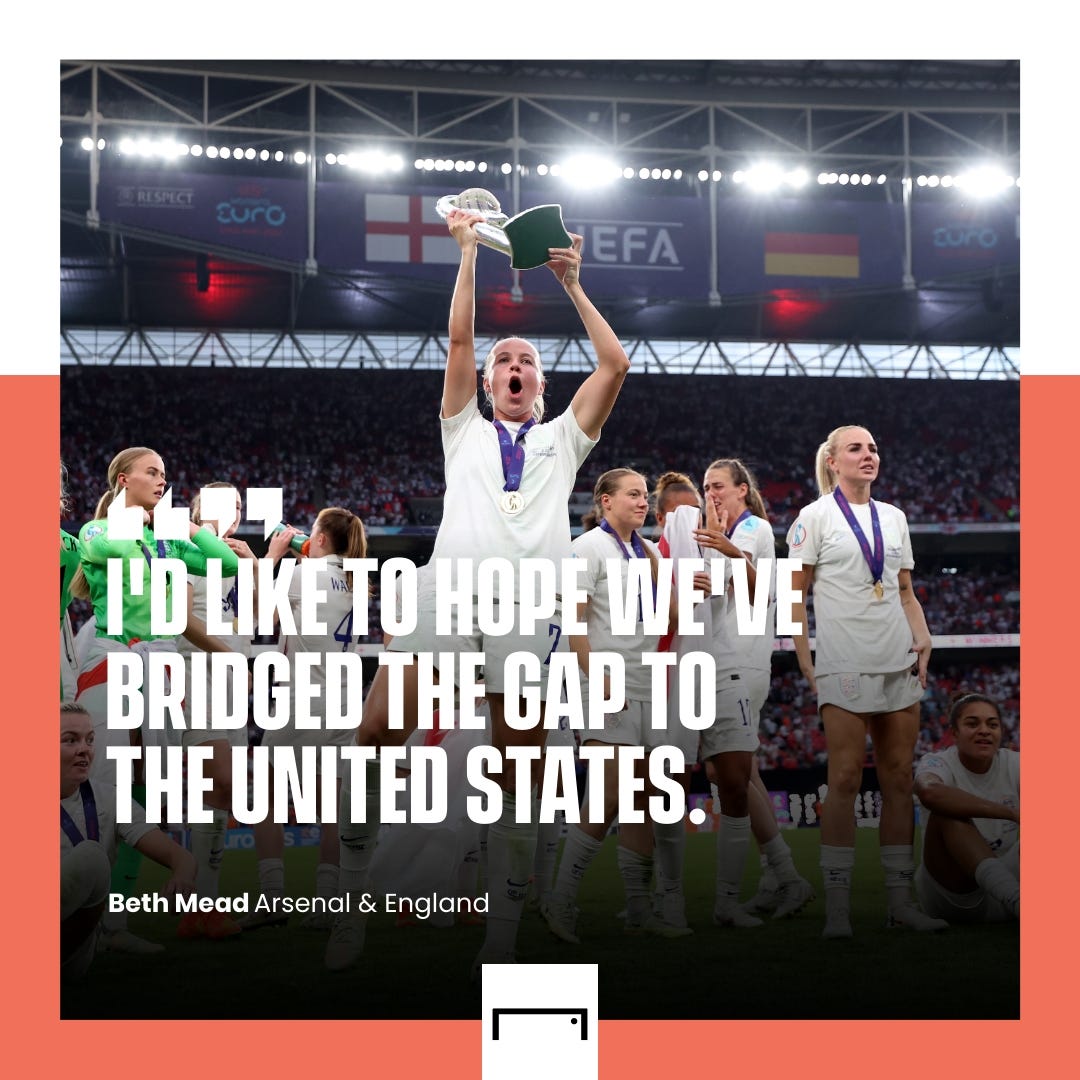 What kind of statement would it be to beat the team that has won the last two world titles? “It wouldn't be a bad one!” she laughs.

“I think you want to put yourself in good stead. They're going to be in the World Cup. We have the possibility of playing them again.

"International teams are going to be very different to teams in Europe as well, so I think we've got to test ourselves at that level. But it'd be quite a nice statement if we did beat them.”

A lot has changed since they met in France three years ago. Both have different coaches, different players and England have won a major tournament.

It’s clear the Lionesses are better not just as a group either, but also as individuals. Mead is just one example.

“I think even in such a short time from last year, the player I am, my outlook on football, my life and how I go about things has changed massively,” she explains.

“I guess we're learning every day and, for me, I'm just enjoying my football. I'm happy. That's the main thing right now and that shows in my football and the way I play.

“I think sometimes you just need to strip back all of the noise and the expectation. I started playing football at six years old because I just loved playing.

“I was a young kid who wanted to run around and I have kind of got that new-found appreciation for the game again, in the fact that I'm playing like that six-year-old kid again.”

You can certainly see that on the pitch.