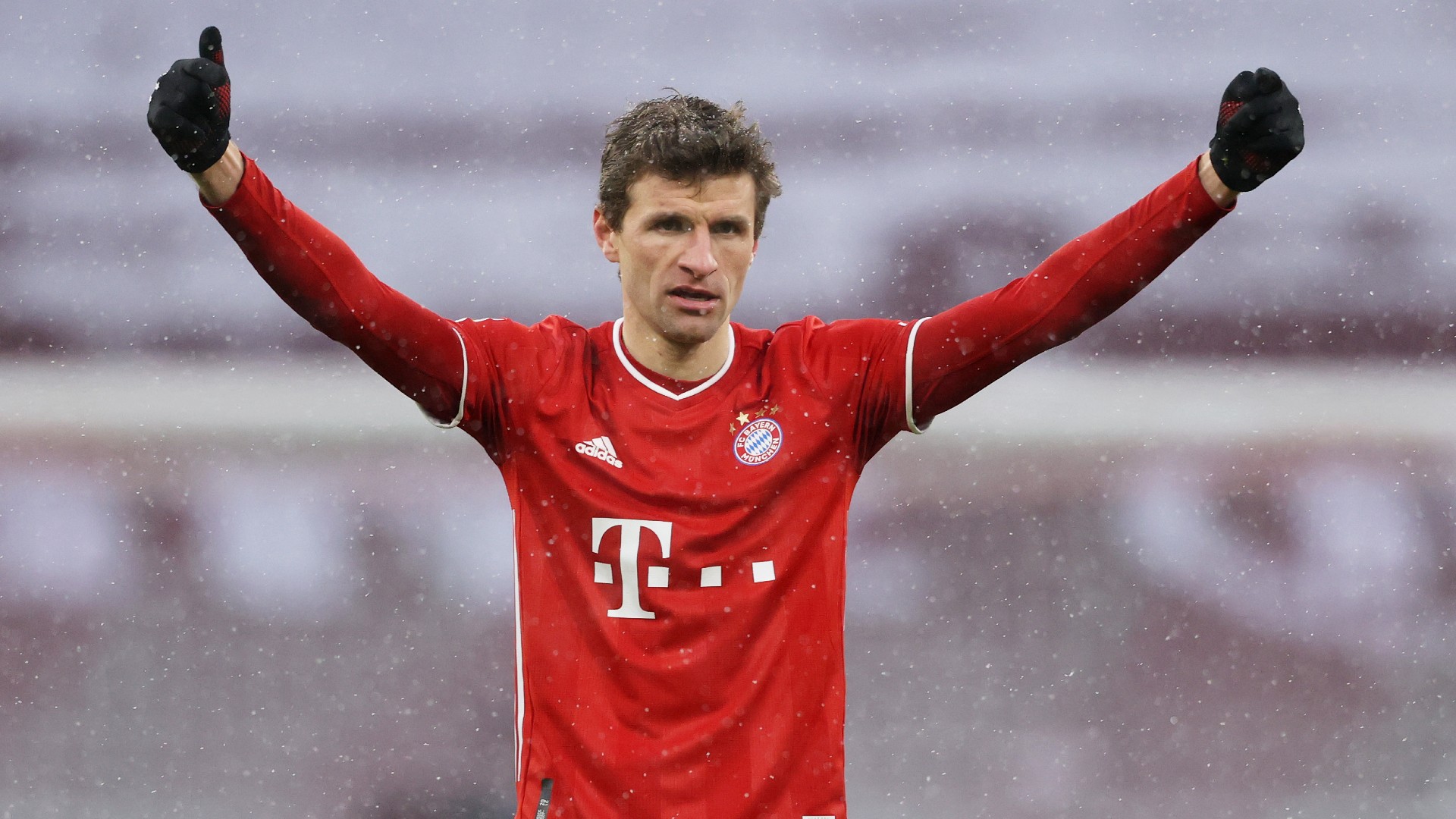 Thomas Muller has admitted that he is open to following Thiago Alcantara's path out of Allianz Arena, insisting he is "not fixed" to Bayern Munich.

Muller began his professional career at Bayern back in 2008, and has since helped the club achieve great success in Germany and the Champions League.

The 31-year-old remains a key member of the squad, but he is refusing to rule out a transfer in the near future - citing Thiago's 2020 move to Liverpool as proof that no one is bound to the club unconditionally.

"I'm not fixed to this club," the Bayern forward told The Times. "I have a special relationship, I love Bayern before I started playing for them, but when there is a situation where you have to decide maybe to play for a different club it would be no shame and no problem at all.

Who has been linked with Muller?

A number of top European clubs have been credited with an interest in Muller in the past, including Manchester United and Real Madrid. Liverpool have also been linked with the Germany international, and his latest comments could reignite rumours of a potential switch to Anfield in the summer.

Muller has appeared in 571 games across all competitions for Bayern, scoring 212 goals and laying on 210 assists. The experienced frontman has picked up 27 major trophies, including nine Bundesliga titles and two Champions League crowns.

Muller's current contract at Bayern is not due to expire until 2023, and Hansi Flick still trusts him to lead the line alongside Robert Lewandowski as the German champions continue to fight for silverware across multiple fronts.

However, Bayern are reportedly planning to launch a big-money bid for Borussia Dortmund's Erling Haaland when the transfer market reopens, which could provide Flick with a selection dilemma.

Haaland's arrival might see Muller fall down the pecking order, hastening his possible departure, but Bayern are likely to face stiff competition for the Norwegian's signature from Real Madrid, Manchester United, Manchester City and Paris Saint-Germain.