As the clock ticked over to 77 minutes and with Manchester City desperately needing a breakthrough at Everton, Jack Grealish remained wrapped up on the bench.

With Grealish contributing only three goals and three assists so far, it's perhaps understandable that the City boss might look elsewhere for his game-changer.

Grealish has admitted himself that he wants to improve those statistics, which have been used to suggest that his £100 million ($139m) summer move – a British transfer record – has not worked out.

“I think the main [statistics] are the goals and the assists," he said in December. “They are the ones I am trying to work on the most.”

City are different to many teams in that their system needs everyone contributing together and working towards the same objective.

To that end, Guardiola is happy with how the England attacker is playing and says his contribution is similar to the one he was making at Aston Villa.

"Maybe he listened too much to what the people say," Guardiola told reporters ahead of Tuesday's FA Cup clash with Peterborough.

"It's wrong but the statistics are better and he plays quite similar to Aston Villa in terms of ball contact.

"He had the chances against Crystal Palace in 20 minutes to score three goals. It didn't happen but it's going to happen. We didn't buy him to score 45 goals." 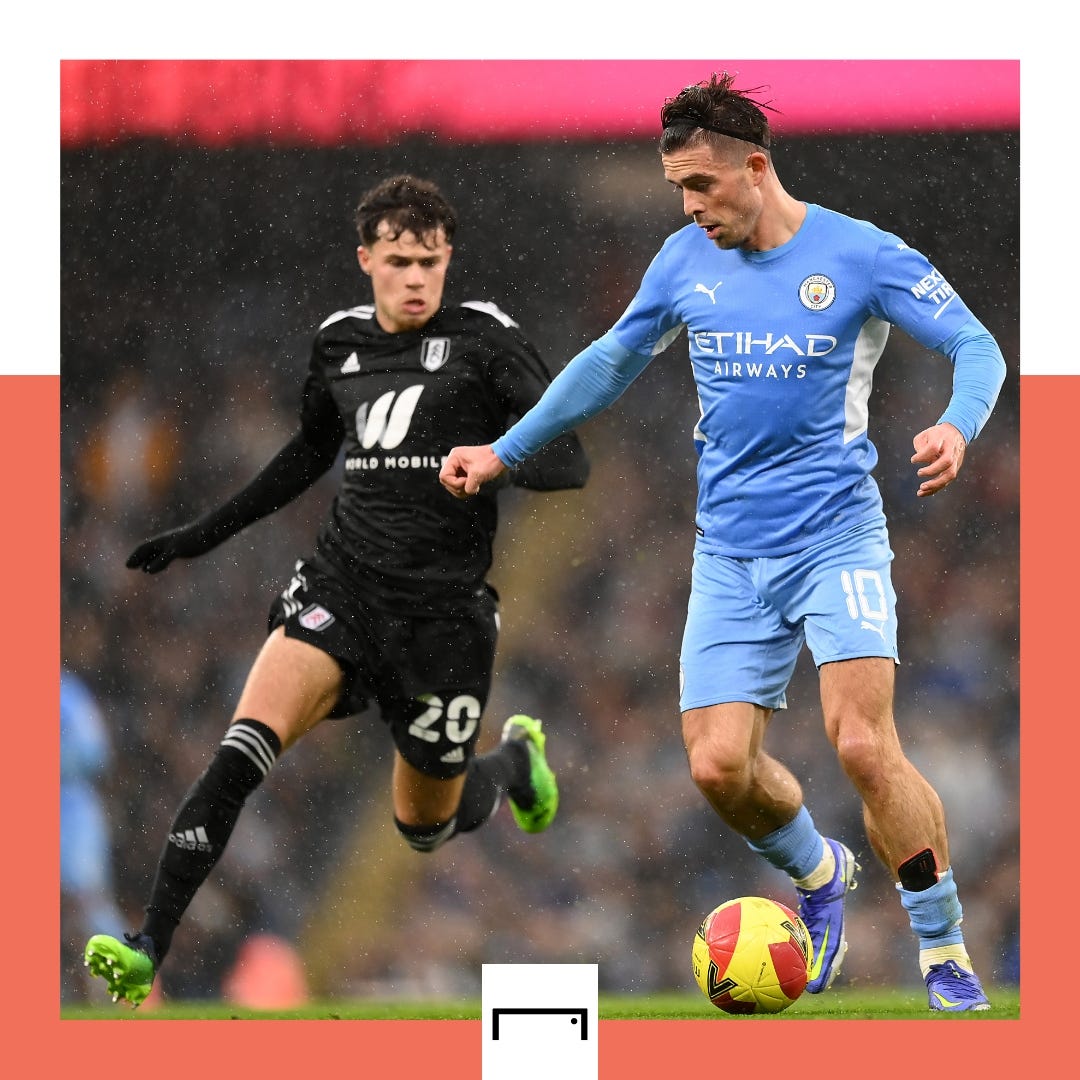 Guardiola is impressed at how Grealish has been able to adapt to playing in between the lines against defences playing deep blocks, picking up the ball in tight spaces and trying to push the team onto the attack with his quick feet and dribbling ability.

Grealish still looks every bit the superstar, with his trademark haircut, rolled-down socks and swaggering skill, and he's already made an impact in the dressing room as a popular character.

However, there have been some signs of frustration, not least at Southampton when City's 12-game Premier League winning streak came to an end and Oriol Romeu was able to tap into that frustration with a mischievous man-marking job that rattled the City forward.

Guardiola is unconcerned, though. Like big signings before him, it can take time to adapt fully and the best form of players such as Mahrez, Rodri and Joao Cancelo only started to emerge in their second seasons.

"It's how you play today if you perform to your maximum, to your best, help your team-mates to make the process defensively and offensively better, it's enough," the City boss added. "Thanks to that we are going to win.

It's not been the ideal month for Grealish so the start of March and an FA Cup fifth-round clash with Peterborough is an ideal opportunity to put recent disappointments behind him.

He remained at home when the Champions League restarted and City breezed to an impressive 5-0 victory over Sporting CP. 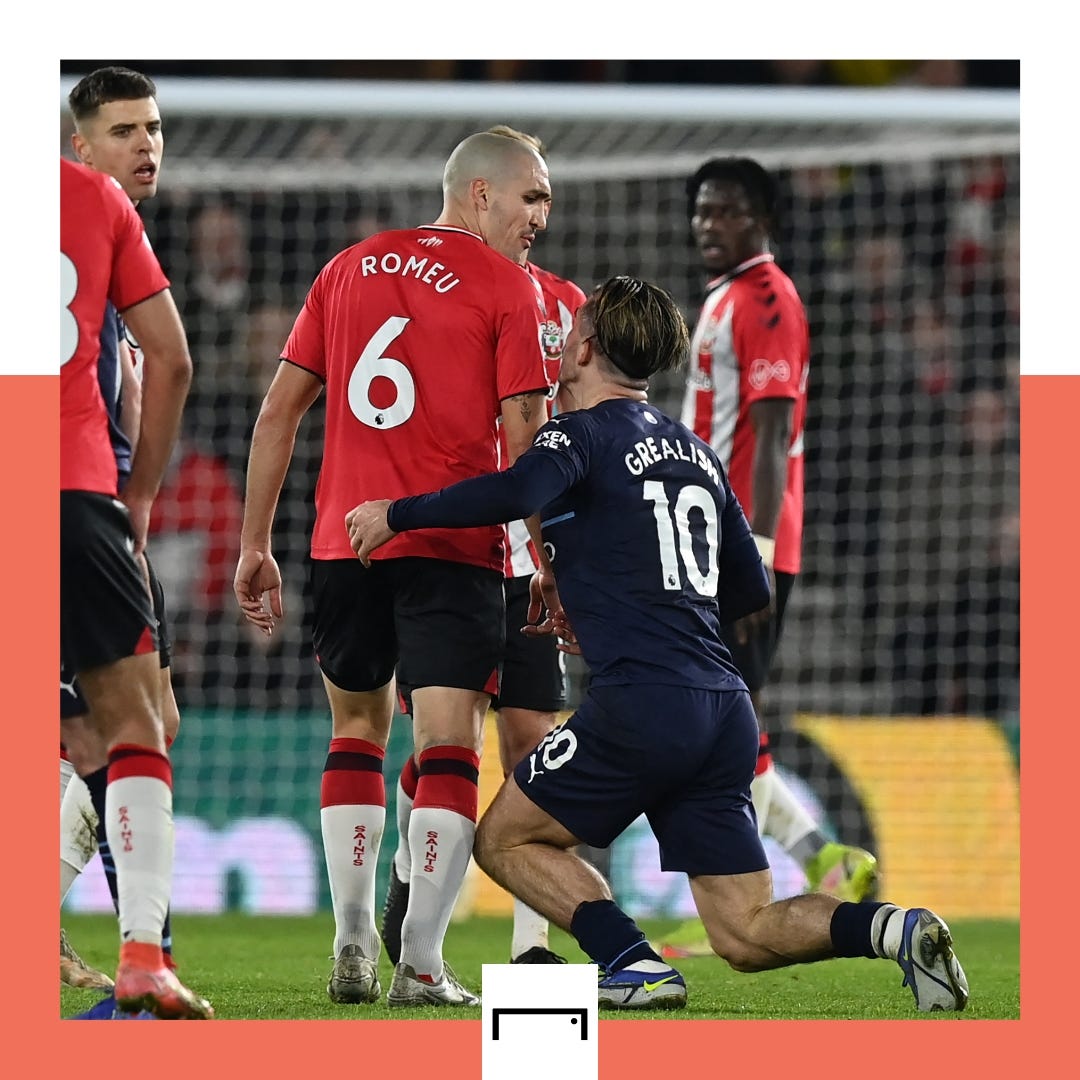 A shin injury, which caused him problems in his final year at Villa, returned and forced him to sit on the sidelines for two weeks, missing the defeat at home to Tottenham that has made the title race with Liverpool so spicy.

Meanwhile, Guardiola was also forced to answer questions about Grealish's recent night out, although he brushed aside any suggestions of bad behaviour.

Bottom of the Championship table and with only one league win in the last four months, the Posh would seem the perfect opponent to help Grealish rebuild a bit of his old self-belief.

He has played at the Weston Homes Stadium before, too. Eight years ago, when he was a teenager on loan at bottom of League One Notts County, he was a second-half substitute in a 4-3 defeat.

A move to City gives him the opportunity to shine in the fantastic stadiums of Europe and the Premier League but it might just be the place to deliver the eye-catching performance that he craves.

Team-mates such as Kevin De Bruyne were not too proud to show their quality at League Two Swindon, and it was the same for Raheem Sterling at Oxford United and Mahrez at Newport County.

Guardiola expects commitment and desire wherever his team plays. The FA Cup provides a perfect chance for Grealish to show why he belongs.