As the dust settles on the 2021 edition of Goal's award for the best teenage footballers in the world, we rank the success of each previous list

NXGN 2021 is in the books, with winners Ansu Fati and Hanna Bennison no doubt at home polishing their trophies as you read this.

While Rosengard midfielder Bennison is only the second winner of the women's prize, Fati is now the sixth recipient of the men's prize, with the award for the world's best teenage talent having been running since 2016.

That means there are six 50-strong lists, but which of the previous five has returned the most success stories as the years have passed?

To celebrate the five-year anniversary of the very first NXGN, Goal ranks the previous lists, from least successful to most...

N.B. Lists ranked predominantly by success of players who were in final year of NXGN eligibility, e.g. NXGN 2020 = players born in 2001.

Without even looking at the rest of the list, it is clear that in Kluivert, NXGN 2018 has a winner who certainly has some work to do if his career is to hit the heights many expected of the Dutchman three years ago. 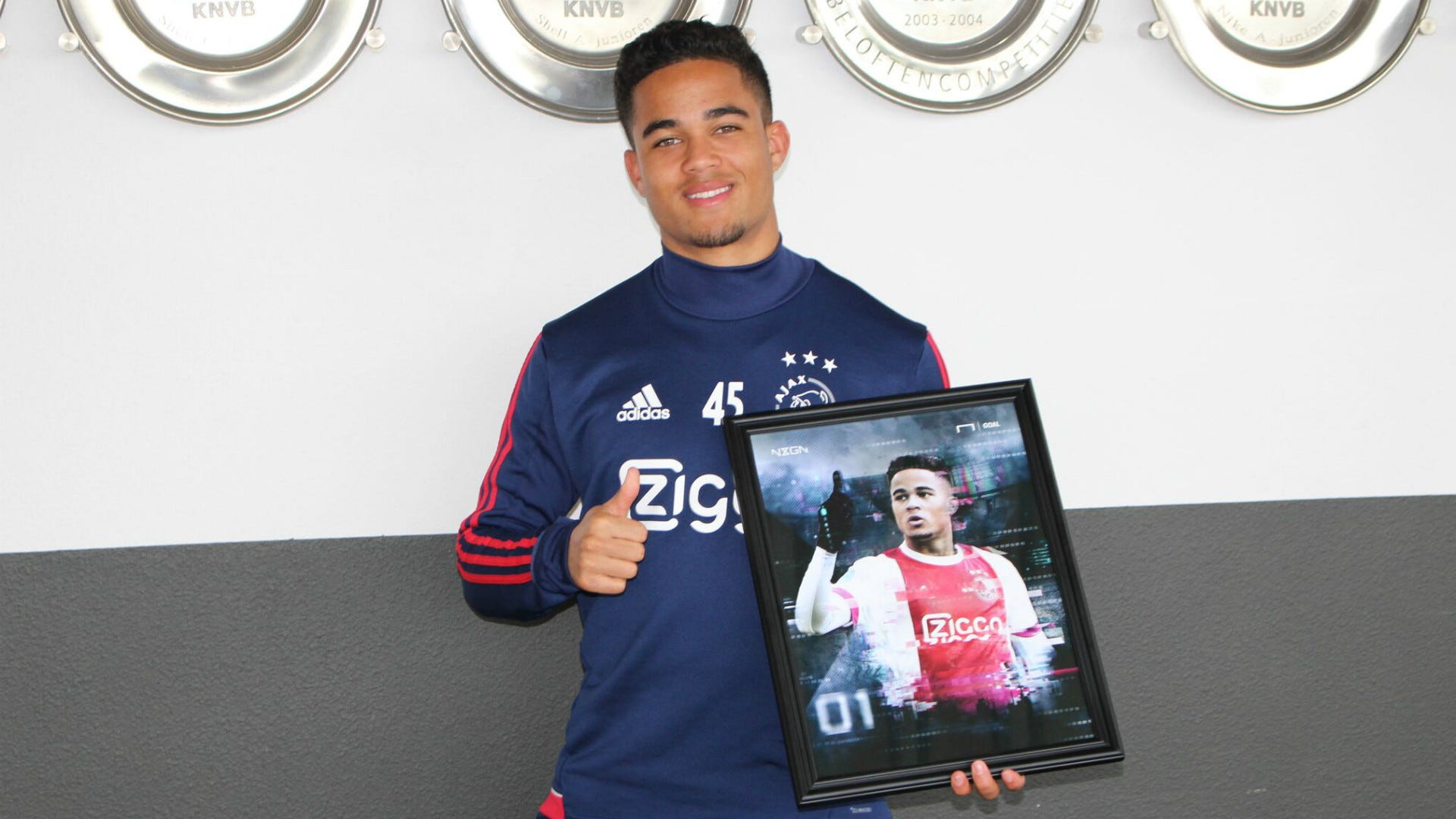 After impressing for Ajax, the likes of Manchester United and Barcelona were being linked with a move for the 18-year-old, though he eventually joined Roma that summer.

Kluivert now finds himself on loan at RB Leipzig as he looks to kick on after two up-and-down seasons at Stadio Olimpico, though the fact he is currently representing Netherlands Under-21s rather than the senior side illustrates where his game is at right now.

The selection of Kluivert as the winner should not overlook some of the players born in 1999 who were included further down the list, though for one time only, just the top five players were ranked in 2018.

Gianluigi Donnarumma (#2) and Matthijs de Ligt (#4) were both among that top five, with the former now a veteran of over 200 Serie A matches and a 24-times capped Italy international, while the latter is a €75 million (£68m/$84m) centre-back.

Others who made it during their final year of eligibility included now-Chelsea team-mates Mason Mount and Kai Havertz, as well as Real Sociedad striker Alexandar Isak.

There are also a host of players who would go onto place higher on later lists, including Vinicius Junior (#3), Phil Foden (#5), Jadon Sancho and Ferran Torres, but in terms of the players who would graduate in 2018, there are more concerning tales right now than there are clear success stories.

Tahith Chong looks unlikely to make the grade at Manchester United, Brahim Diaz failed to hit the heights expected of him at either Manchester City or Real Madrid, while the jury remains out on both Eddie Nketiah and Reiss Nelson at Arsenal in terms of their top-level credentials.

In a few years' time, the story of the 2018 NXGN list might be different. But right now, it is the weakest of the five previous efforts.

A year may be a long time in football, but it still feels slightly unfair to be judging the careers of players who, for the most part, remain teenagers. 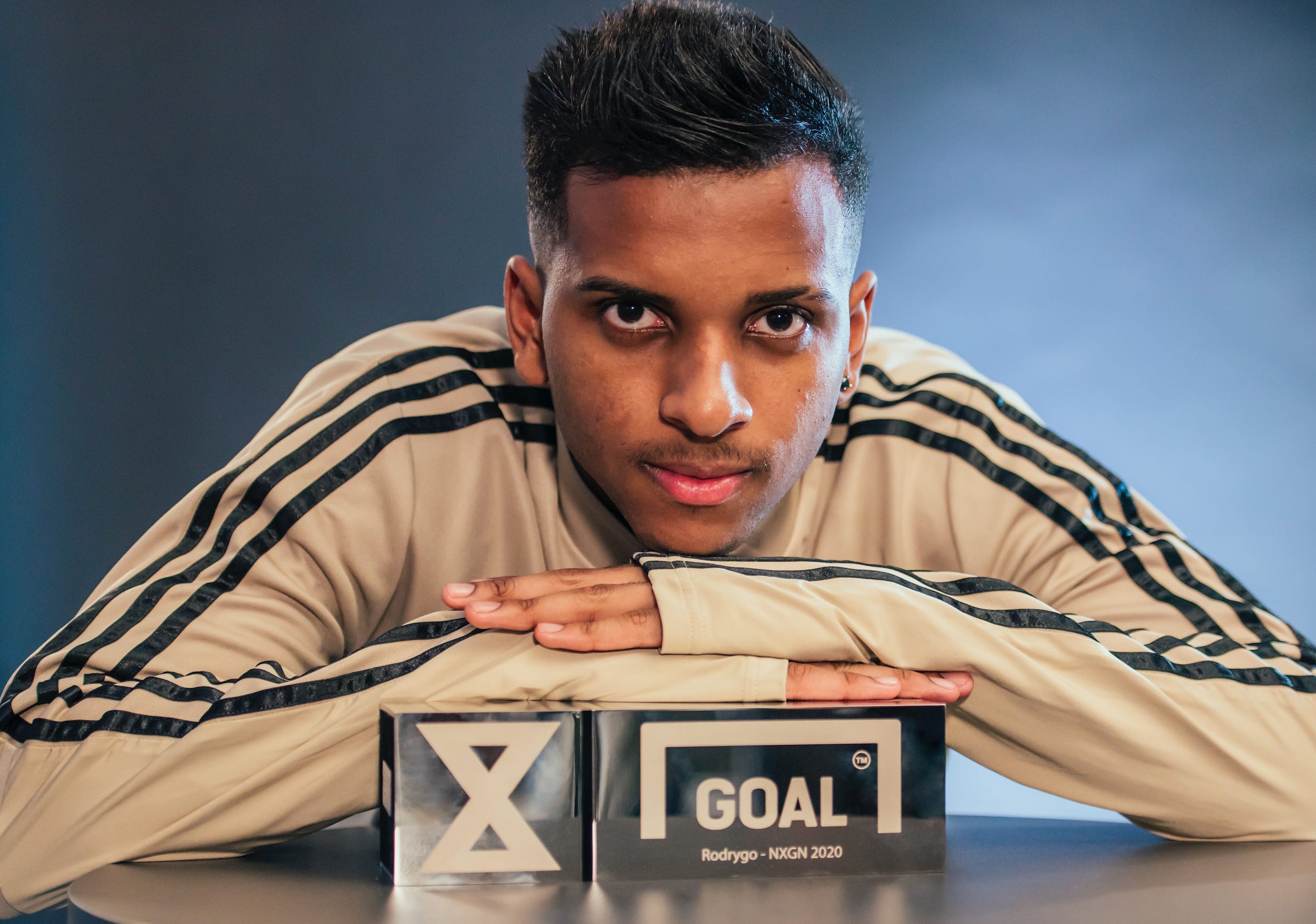 Real Madrid winger Rodrygo was named as the winner in 2020 after a first half-season at Santiago Bernabeu that saw him score 93 seconds into his debut appearance before netting a perfect Champions League hat-trick on his first start in the competition.

That, though, remains the high point of the 20-year-old's career to date, though he continues to show plenty of potential under Zinedine Zidane when given the opportunity to impress.

The main success stories from the 2020 list come from England, with Mason Greenwood (#3), Bukayo Saka (#15) and Curtis Jones (#27) all having become regulars at some of the Premier League's biggest clubs.

Both Benoit Badiashile (#31) and Bryan Gil (#41) have also taken huge strides forward at Monaco and on loan at Eibar respectively, with Champions League-level clubs reportedly now circling ahead of the summer.

Others, though, have taken a step back over the past 12 months.

Injuries have limited opportunities for Gabriel Martinelli (#6) and Billy Gilmour (#33), while others such as Take Kubo (#9), William Saliba (#12) and Eric Garcia (#13) are not playing at the level many expected this time last year.

None are yet total write-offs, and would still be backed to become elite players, but given the smallest of sample sizes, there is work for last year's graduates to do.

Tielemans may not come across as the most high-profile of winners, but the Belgium international is building a nice career for himself having originally stumbled following his move from Anderlecht to Monaco in 2017. 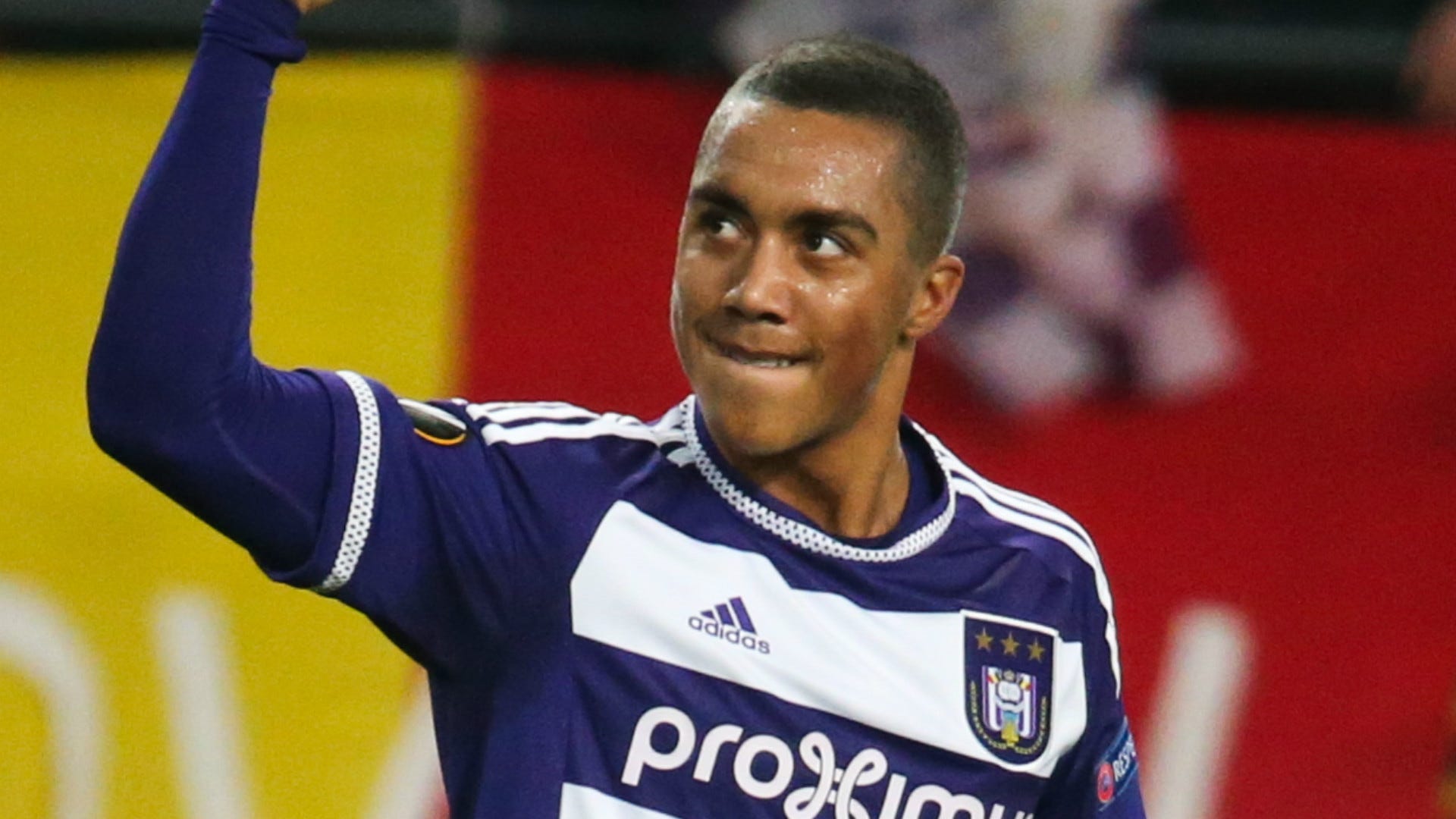 The midfielder has been reborn since moving to Leicester City in 2019, and can count himself among a number of players from the inaugural NXGN list to have since been bought for in excess of £25m ($35m), though some have had more success than others since.

Despite ranking below now-Oldham Athletic defender Cameron Borthwick-Jackson (#33) on the list, Ousmane Dembele (#37) is one of only two NXGN players to have ever been sold for more than €100m (£85m/$117m).

There have, however, been other success stories. Ruben Neves (#4) and Joe Gomez (#10) are both established Premier League stars in England, while Nikola Vlasic (#34) was last season voted Player of the Year in the Russian Premier League.

Gianluigi Donnarumma (#3) and Martin Odegaard (#5) also ranked highly ahead of further inclusion in later years, but there are a number of players included who have fallen well short of expectations.

It would perhaps be harsh to tar second-placed Breel Embolo with that brush following the serious injury he suffered months after the list was published, but the likes of Gerson (#6), Ante Coric (#7), Vaclav Cerny (#11), Patrick Roberts (#16), Manu Garcia (#18) and Andrija Balic (#19) certainly raise eyebrows when looking at the top 20.

Hachim Mastour (#25), meanwhile, has gone from shooting adverts with Neymar in his youth to playing in the fourth tier of Italian football during a career that has seen him dubbed 'the new Freddy Adu'.

Given players such as Marcus Rashford, Frenkie de Jong, Lautaro Martinez, Mikel Oyarzabal, Ruben Dias, Richarlison, Federico Chiesa and Theo Hernandez were all eligible and missed out only serves to highlight how much Goal has improved at this over the years!

Despite being a year younger than a number of players on the list, Donnarumma claimed the prize in 2017, though in hindsight perhaps the man in second place was more deserving. 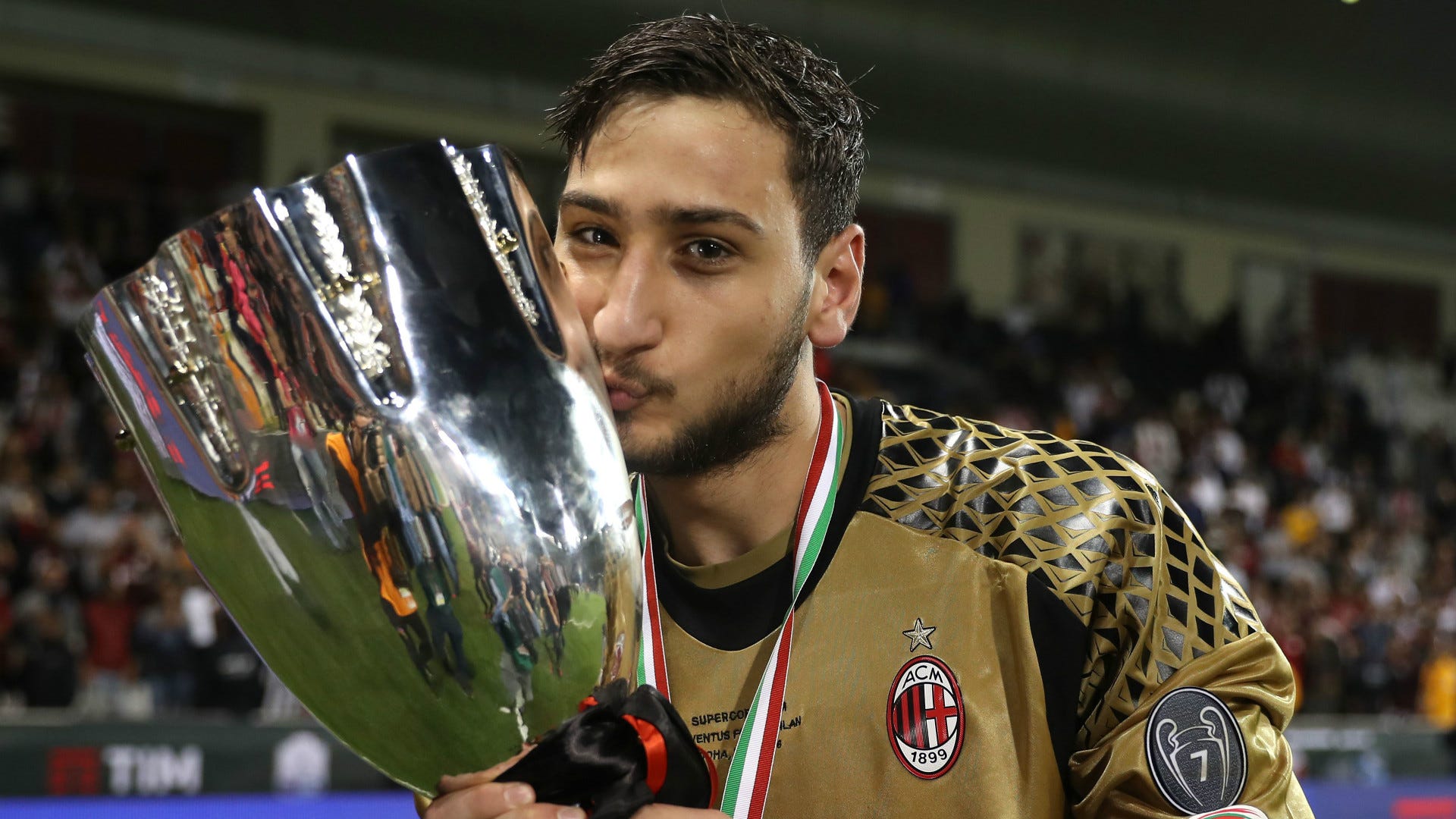 That is not to underplay Donnarumma's talent, but the Italy goalkeeper is not the only young player to be overshadowed by Kylian Mbappe right now, with most of the more established players around the globe trailing the Paris Saint-Germain star when it comes to raw ability.

The most expensive player to ever make a NXGN list, and potentially the first to go on and win a Ballon d'Or, Mbappe headlines a list that has aged relatively well in the four years since it was first published.

Two of the world's top right-backs, Trent Alexander-Arnold (#23) and Achraf Hakimi (#40), made the grade, along with potential superstars Christian Pulisic (#3), Martin Odegaard (#9) and Dayot Upamecano (#11).

Former PSG duo Moussa Diaby (#22) and Jonathan Ikone (#25) have also enjoyed encouraging starts to their careers at Bayer Leverkusen and Lille, respectively, while Manuel Locatelli (#6) and Dusan Vlahovic (#44) are earning rave reviews this season in Serie A.

Alexander Isak (#5), Kai Havertz (#14) and Matthijs de Ligt (#29) were there a year early too, with the list as a whole returning far more success stories than it has tales of woe, with perhaps Alban Lafont's fourth-placed finish the most glaring example of a player being rated higher than his early career suggests he should have been.

The new millennium brought the world many things, but perhaps its greatest gift was the raft of world-class footballers that were born during the year 2000. 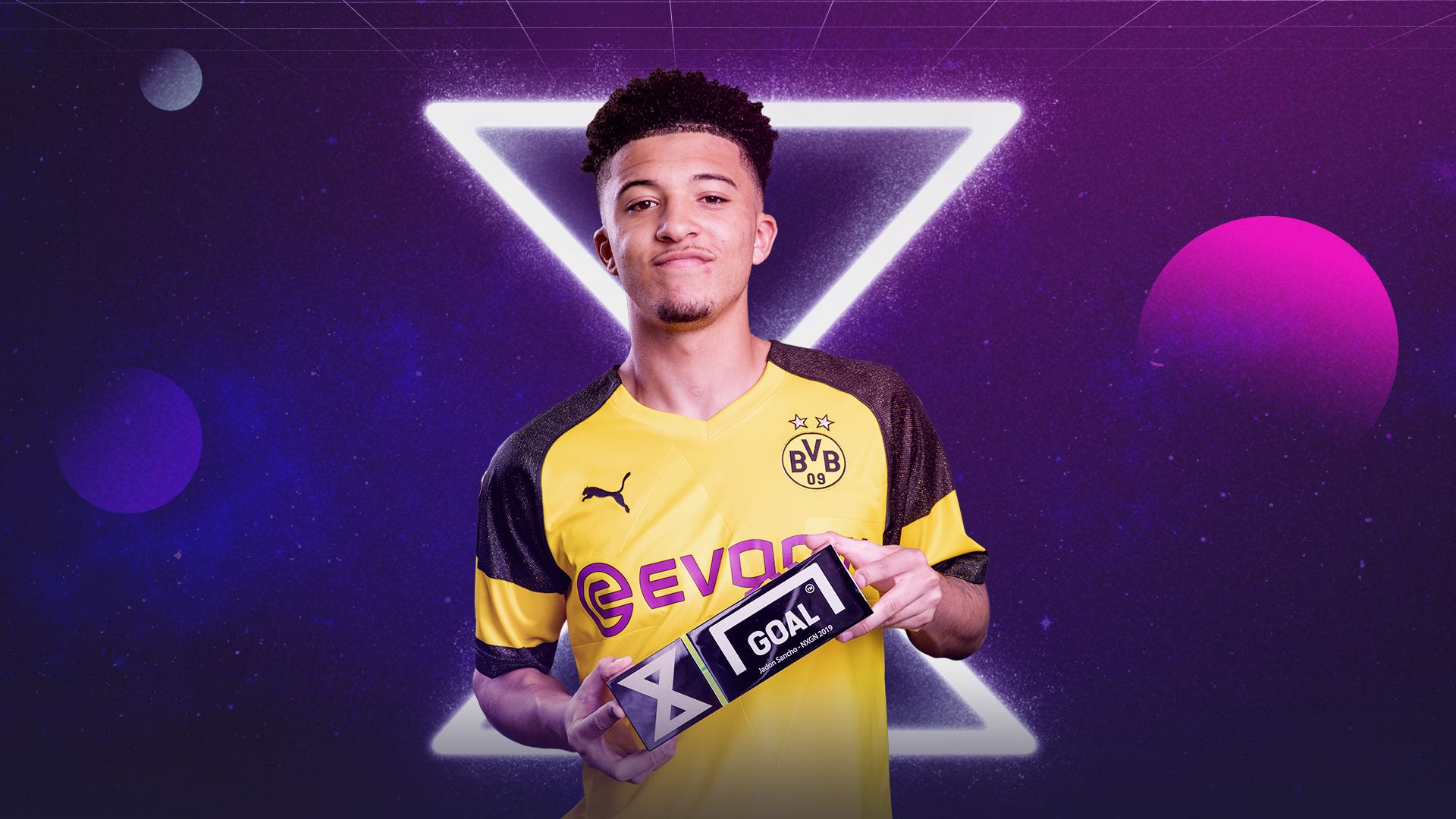 The likes of Aurelien Tchouameni (#20) Dominik Szoboszlai (#21), Amine Gouiri (#38), Ozan Kabak (#39) and Brenner (#46) have also enjoyed stellar starts to their senior careers, meaning that the 2019 NXGN list is, right now, clearly the strongest Goal has ever put together.

Sancho claimed the winner's trophy after his electric start to life at Borussia Dortmund, and it is likely now a race between him and Haaland to see who becomes the third #NXGN graduate to earn a six-figure transfer fee.

There are some misfires in there, though the players involved still have time on their side to make good on the great amount of talent they possess.

Diego Lainez (#8) and Morgan Gibbs-White (#10) both feel a little high in the top 10, while injuries have threatened to ruin the careers of big-money Monaco signings Pietro Pellegri (#24, born 2001) and Willem Geubbels (#29).

But even those slight mishaps should not overshadow what is a mightily impressive list of talented youngsters.